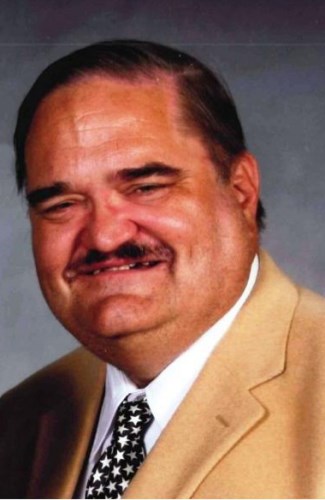 BORN
1952
DIED
2021
FUNERAL HOME
Hiers-Baxley Funeral Services, Buffalo Ridge in The Villages
3975 Wedgewood Lane
The Villages, FL
Frederick Karl Heinz Hoeck, 68 of Bridgeport at Laurel Valley the Villages passed away on Saturday, January 16, 2021 at West Marion Community Hospital. He was born in Philadelphia, PA on February 7, 1952 to the late Friederich and Ellen Constance Viola Hoeck. He Graduated from LaSalle College High School Wyndmoor, PA Class of 1970 and went on to attain several degrees including his Bachelors of Science in Electrical Engineering Drexel University, Philadelphia, PA 1975,Masters of Science in Electrical Engineering Florida Institute of Technology,Melbourne,FL 1979 and Masters of Science Engineering Management Florida Institute of Technology,Melbourne,FL 1982. Once Fred graduated from Drexel in 1975, he was employed by the Department of Defense at Patuxent River Naval Air Station doing Data Reduction, Aircraft Testing and Evaluation at the Atlantic Test Range. In addition, he spent one year working on the V22 Osprey when it was in the testing phase at the Boeing Facility in Wilmington, Delaware. He retired from what is now known as NAVAIR in 2004 with 29 years of service. His interest in Photography started at a very young age and he went on to love anything to do with cameras, video and recording. Other interests were chess and travel. He travelled to all 50 states and made many trips with his parents and those trips continued in his married life with his wife Debra. They made two Grand World Voyages which were 114 days each, An Africa Safari, many other cruises and trips during there 28 years of marriage. When Fred moved to The Villages, he continued his affiliation with the Knights of Columbus at St. Vincent dePaul Church. He had attained Fourth Degree Knight while he was in Holy Face Council Great Mills, MD where he became Grand Knight and Recorder for the Father Andrew White Assembly, Leonardtown, MD. Fred enjoyed Social Clubs in the Villages with wife Debra they were the Philadelphia, Scandinavian, Deutscher and Mid-Atlantic Clubs. They have met many new people and enjoyed every minute here. Fred married Debra George, May 9,1992 in Wilmington, De. Survivors include his wife Debra, Sister-in-law Paula Petty and her Husband Jim of Canton, MI and one Niece Tami Wilson, Naples, FL. Germany: Last surviving Aunt Margherita Grundler, Cousins Stephan Grundler, Bettina Schnellmoser, Daniella Grundler-Brunsdilik, Dr. Heinz Von Bulow, Romy Von Bulow, Heri Bert Kandler. Sydney Australia: Angela Frewiu South Carolina: Bob and Bonita Brinson Secane Pennsylvania: Kathy Dollymore, Elizabeth Schulz and Irene Rankin. Mass of Christian Burial will be held at St. Vincent dePaul Catholic Church on Wednesday January 27th, 2021 at 10:30 am with Internment to follow at Hillcrest Memorial Gardens.