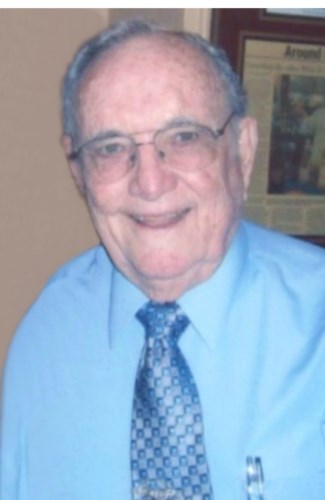 He was born on December 4, 1930 in Arlington, MA to the late Frederick John Hugh Wallace and Dorothy Agnes Cullington Wallace.

Fred earned his Bachelor of Science degree from Oklahoma State A & M and his graduate degree from New Mexico State @ Las Cruces. After graduation, while serving in the U.S. Navy, he taught for two years at Tula Rosa on White Sands Naval Base in Florida. He was employed for many years as a Special Agent for the FBI before his retirement in 1981. During his career with the FBI he travelled extensively throughout the country.

On June 20, 1964, he married the love of his life, Lorraine Bliss "Lorrie" Wallace. In Miamisburg, OH. Together they celebrated over 51 wonderful years of marriage before her death in February 2016. In retirement they began travelling for pleasure, and took at least one major trip every year. They went the Central and South America, Asia, Thailand, Germany, France and Morocco. There last trip together was to Morocco where they witnessed snow in the Sierra Dessert. They also enjoyed taking cruises, especially River Boat cruises.

Fred served on many boards during his lifetime, and enjoyed volunteering to help the local citizens of the community. He was a past board member for the St. Mary's County Board of Education, past president of Friends of St. Clements Island and Potomac River Museum, past advisory board member for the College of Southern Maryland and St. Mary's Nursing Center, a long-time member of the Seventh District Optimist Club and a past volunteer for over seven years with Hospice of St. Mary's.

He is survived by his nephew, Chris R. Shryock and many friends. In addition to his parents and wife, he is also preceded in death by his sister, Eleanor Louise Shryock.

All services will be private.

Condolences to the family may be made at www.brinsfieldfuneral.com.