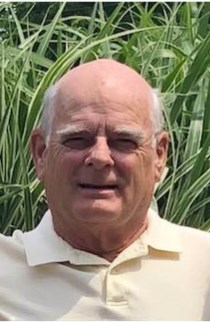 Jim graduated from Poly Prep Country Day School in Brooklyn where he wrestled and played soccer. He earned a bachelor's degree in psychology from the C.W. Post campus of Long Island University while playing collegiate soccer.

James was married to Adele on April 12, 1969; they recently celebrated 52 years of marriage.

Jim served in the United States Air Force from 1969 - 1974 as an officer with the 48th Security Police squadron. His service included deployments to Greece and England. He returned state-side and was hired as a Deputy Sheriff in Prince George's County Maryland. Jim spent 28 years, serving in various roles, with the Sheriff's department.

Jim enjoyed bowling and playing golf. More than anything, he cherished time with his family. He was very proud of the many accomplishments of his children and grandchildren. He loved coaching and attending various sporting events, musical performances, and any other activity they were involved in. He was a kind, loyal, and soft-spoken man who was respected by all who knew him.

He is survived by his wife Adele of California, MD; sister Nancy Balsamello of West Chester, PA; son Donovan (Sherri) of Shady Side, MD; daughters Nicole Catlett (Brian) of Huntingtown, MD, and Melanie Loveless (Jayson) of Chesapeake Beach, MD; and grandchildren Jenna, Payton, Ava, Jillian, Ian, and Hannah. He was preceded in death by his granddaughter Megan Loveless.

Services will be private. In lieu of flowers, memorial donations may be made to the American Cancer Society by visiting https://donate3.cancer.org. Select "I want to dedicate my donation" in memory of James Foshay.

Published by The Enterprise on May 12, 2021.
To plant trees in memory, please visit the Sympathy Store.
MEMORIAL EVENTS
To offer your sympathy during this difficult time, you can now have memorial trees planted in a National Forest in memory of your loved one.
MAKE A DONATION
Please consider a donation as requested by the family.
MEMORIES & CONDOLENCES
0 Entries
Be the first to post a memory or condolences.