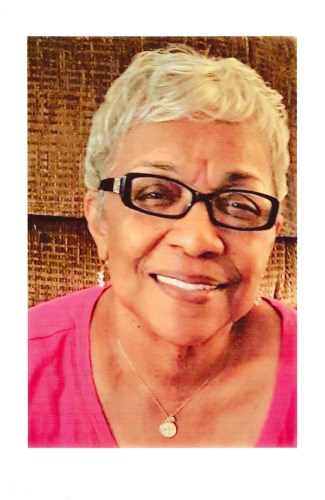 BORN
1934
DIED
2021
FUNERAL HOME
Briscoe-Tonic Funeral Home - Mechanicsville
38576 Brett Way
Mechanicsville, MD
“God is in the midst of her; she shall not be moved; God will help her when morning dawns.” Psalm 46:5

Marion was a life-long resident of St. Mary’s County Maryland and lived in Charlotte Hall. Her parents raised her in the Episcopal Church. Marion continued her worship as an Episcopalian and became a member of the All-Faith Episcopal Church in Mechanicsville, Maryland. She attended public schools and finished at Banneker High School. Marion worked in various jobs near home and retired in 1996 from Charlotte Hall Veterans Home.

During Marion’s adolescent years, both of her parents were employed with the Federal government. As one of the oldest girls, her mother taught her at an early age how to perform numerous household chores. In addition, she learned to cook and was given the huge responsibility of taking care of her younger siblings. Marion embraced her responsibilities willingly and was a tremendous asset to the family. Her siblings have often shared their childhood memories of how she performed the motherly role in the absence of their parents.

On August 13, 1955, Marion married the late William (Bill) Stewart. During their forty years of marriage, they spent most of their time parenting their seven children and enjoying everyday life. They always had family gatherings and treasured these special occasions with their children and grandchildren.

Marion was a very meticulous housekeeper and made sure her children were always fed on time, clean and well dressed. She loved to dress her two youngest daughters like twins. However, as they got older, they weren’t thrilled about their “matching outfits.”

The sisters decided it was time to confront their mother and one day they blurted out, “Hey mom we have never been twins, so can we please stop this look alike dressing?” She laughed and agreed and they said,” hallelujah!”

In addition to her outside employment, Marion shared enormous responsibility for caring for their eldest son, Billy. He was diagnosed with a mental disability at the age of twelve years old. In 1996, Marion was overwhelmed by the loss of her husband. As a result, she now had to consume full responsibility for their son. On a daily basis, Marion had to endure and cope with Billy’s behavior patterns. Unfortunately, there were days when he would constantly do things to agitate her for attention. She could often be heard saying, “Billy, what are you doing? Please stop, don’t do that!” At one particular family gathering, Marion’s patience with Billy, was at its limits and she said “Boy you are using up my brain and saving yours!” Everyone burst into laughter, including Marion. Billy chuckled and once again, he was happy with the attention he received.

Despite, the ongoing issues with taking care of Billy, Marion persevered, very seldom complained and never gave up. She would often say “He is my son and my responsibility.” In 2014, due her health challenges, and Billy’s ongoing disabilities, it became impossible for her to provide the care he needed. Marion will forever be remembered and respected by family and friends, for being “a self-sacrificing mother.” She displayed unconditional love and incredible selfless acts of giving and caring.

Throughout the years, Marion had diverse interests. She enjoyed shopping, travelling with her daughters and going to the hair and nail salons. Marion enjoyed planting and attending to her flowers and shrubs in the yard. She was an avid Channel 9 soap opera fan and watched various talk and game shows, such as Judge Judy and the Family Feud with Host, Steve Harvey.

In addition to her parents and husband, Marion is preceded in death by two sisters, an Infant at birth, Irene, and three brothers, Joseph Ford, Melvin Ford and Kenneth Ford.

On Tuesday, April 6, 2021, visitation will be open to the public from 10:00 am to 11:00 am at All Faith Episcopal Church, 38885 New Market Turner Road, Mechanicsville, MD. Afterwards, the service will be private, due to COVID restrictions. Interment to follow at St. Mary's Chapel Cemetery ( All Faith Episcopal Church) directly across route 6, from Lettie Dent Elementary School.
Published by The Enterprise on Mar. 26, 2021.
To plant trees in memory, please visit the Sympathy Store.
MEMORIAL EVENTS
Apr
6
Visitation
10:00a.m. - 11:00a.m.
All Faith Episcopal Church,
38885 New Market Turner Road, Mechanicsville, MD
Funeral services provided by:
Briscoe-Tonic Funeral Home - Mechanicsville
MAKE A DONATION
MEMORIES & CONDOLENCES
Sponsored by Briscoe-Tonic Funeral Home - Mechanicsville.
15 Entries
My prayers and condolences to the family of Marion keep the precious memories of your mother in your heart hold on to the special times that you were blessed to enjoy together Wanda you are in prayers
Jacqueline Snowden
April 6, 2021
To the Stewart/Ford Families:
With Deepest Sympathy, may God's love surround and uplift your families, filling your minds and hearts with His consoling peace and comfort. May Marion rest in peace.
"The Woodland Siblings" Woodland Family
April 6, 2021
With Sympathy, memories...keep the one you loved close to you in spirit and thought...and always in your hearts. May you all find peace and comfort in loving memories. May she rest in heavenly peace.
Annie & James Holley
April 6, 2021
In deepest sympathy, though our journey on life"s path is but a moment, within the hearts of those we love, we remain forever. With the blessings of God, may your find special comfort and peace in the cherished memories of your mom that you hold in your hearts. Your mom was a beautiful, kind and caring woman, may she rest in peace in her heavenly home, love you all.
Mary & Thomas Mills
April 6, 2021
My thoughts and prayers are with the Stewart and Ford families. I have so many fond memories growing up with Wanda and Miranda, and Mrs. Marion always welcomed Corrine and I into their home. RIP Mrs. Marion.
Janice Baker-Spears
April 6, 2021
My condolences and prayers to the Ford and Stewart families. Please know that we all share your grief.
Ernest Baker
April 6, 2021
Rest In Peace Aunt Marion. Your nephew LeVae
Kenneth LeVae Ford
April 6, 2021
Debbie and Family, Our deepest sympathy on the loss of your mother. Wherever a beautiful soul has been, there is a trail of beautiful memories. You and your family are in our thoughts and prayers.
Dorothy (Yvonne) & Marvin Beard
April 2, 2021
My sincere condolences to the Stewart family on the loss of your mother. Treasure the memories of the time you spent with her. The love of family and friends will comfort you during this difficult time. May your mom rest in eternal peace.
Vanessa Bowman (Great. Mills, MD)
April 1, 2021
My condolences to the Stewart Family on the passing of Mrs. Marion. I pray for your strength during this difficult time and comfort in knowing she now rests in peace.
Renee Douglas (Briscoe)
March 27, 2021
To the Stewart family you have my deepest sympathy..rip marion.
Linda simms diggs
March 27, 2021
Praying for strength and comfort for Ms. Marion's family during this difficult time.
Charlene Yates
March 27, 2021
My sincere condolences to Marion's family. She was a special person who brought joy into the lives of all who knew her. May God's love and blessings be with all of you.
Clara Holly
March 26, 2021
Debbie and Family;

I am so very sorry for the loss of your mother! I remember her being such a gracious lady whenever we visited back in the early days! I will keep you all in my prayers!
Gerona Kelly-Berry
March 26, 2021
My condolences to the Stewart and Ford family on the loss of Ms Marion may her beautiful soul be at rest. Praying for you all during this difficult time. Linda Forbes Banks and family. Lexington Park MD
Linda Forbes Banks
March 26, 2021
Showing 1 - 15 of 15 results