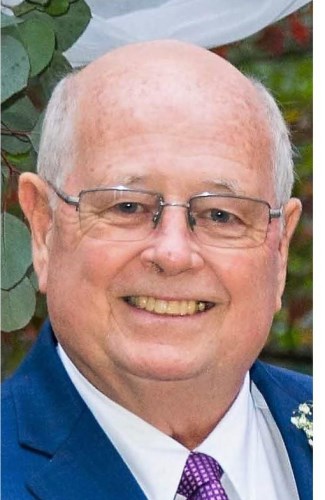 BORN
1954
DIED
2021
FUNERAL HOME
Brinsfield Funeral Home, P.A. - Leonardtown
22955 Hollywood Road
Leonardtown, MD
HOWARD, Reginald Lawrence "Larry", age 66, passed away at home on May 1, 2021 after a long and courageous battle with cancer. He was surrounded by his family.

At the time of his passing, Larry was a Senior Vice President of Dayton T. Brown, Inc. His career, which began with graduating from the U.S. Naval Academy in 1977, included numerous civilian and military positions. A Naval Aviator (F-14) who transitioned to Aircraft Maintenance Duty Officer, he retired with the rank of Captain from the Program Manager, Aviation (PMA 205) at Patuxent River Naval Air Station, after 33 years of distinguished service. Key military positions included US Pacific Fleet, Director of Aircraft and Regional Maintenance and APML for the F/A-18 program. During his assignment as Program Manager Coordinator for the Royal Australian F/A-18 introduction he met and married his beloved wife of 33 years.

Other than his family, Larry's passion was sailing. An avid sailor since the age of ten, he sailed and raced throughout the world. He loved the challenges and friendships he made along the way.

A celebration of Larry's life will be held at 2pm - 5pm on Saturday, May 15 at the Howards' home.

In lieu of flowers, donations in his memory can be sent to Memorial Sloan Kettering Cancer Center, Hospice of St. Mary's or St. Jude Children's Research Hospital.

Condolences may be made to the family at www.brinsfieldfuneral.com