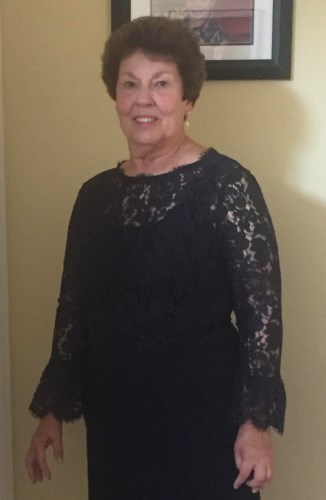 Susan attended Catholic schools, graduating from St. Mary's Academy in Leonardtown, MD in 1966. After graduation she went to work for The Enterprise Newspaper in Lexington Park, MD and on her 21st Birthday moved to Virginia where she took up permanent residence.

She is survived by her husband, Craig Muth, Lovettsville, VA; a son, Ed Muth (Allison), Austin, TX; a daughter, Martha (Marti) Nottingham (Addison), Lovettsville, VA; and three grandchildren, James, Madisann, and Grayson. She is also survived by her sister, Jean Bean, of Leonardtown, and her brother, Thomas (Bosey) Farrell (Milly) of Leonardtown. Also surviving are her sister-in-law, Betty Joy, of Hollywood, MD and brother-in-law, Joseph Cullison, of Bushwood, MD. She is also survived by numerous nieces and nephews. Susan was the youngest of nine and predeceased by her brothers, James E., Robert F., and Joseph J.; and sisters Louise, Donna, and Dorothy Ann Cullison of VA, her sister-in-law, Adele Farrell, of Bushwood; and her brother-in-law, Stephen Bean, of Leonardtown.

Susan loved spending time with her family especially crafting with her little Grandson and she loved road trips with her husband through beautiful Loudoun County.
Published by The Enterprise on Aug. 24, 2021.
To plant trees in memory, please visit the Sympathy Store.
MEMORIAL EVENTS
To offer your sympathy during this difficult time, you can now have memorial trees planted in a National Forest in memory of your loved one.
MAKE A DONATION
MEMORIES & CONDOLENCES
0 Entries
Be the first to post a memory or condolences.