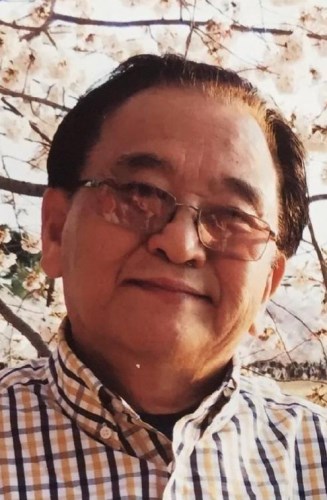 Dr. Moon was born September 27, 1936 outside Pyongyang, Korea to Sungkuk Moon and Kyoungsuk Ahn. When the Korean War broke out, he fled south with his family, ultimately settling in Seoul. There he decided to dedicate his life to medicine, receiving his medical degree from Yonsei University in 1960.

Following several years as a medical officer in the South Korean navy, he emigrated to the United States in 1964 and began his surgical residency at Maryland General Hospital in Baltimore. He moved to Leonardtown in 1972, where he opened a medical practice that eventually became the Hollywood Medical Center. Over the years, he was honored to care for generations of families, many of whom became his friends.

Dr. Moon also joined the staff at St. Mary's Hospital, where in the 1980s he performed the first laparoscopic surgery in St. Mary's County, and later served as Chief of Staff there. He also participated in several medical humanitarian missions to North Korea over the years. He retired from medicine in 2018.

Outside of work, he enjoyed fishing, crabbing, and boating on the local waterways of St. Mary's County, and he also had a keen interest in history.

Dr. Moon is survived by his wife Ronnie; his sisters Young Ae Moon and Young Hea Cha; two sons, Kenneth and Kevin; his granddaughter Julia; and many nieces, nephews, and cousins whom he dearly loved.

A service was held March 5 at Dulaney Valley Memorial Gardens in Timonium, Maryland. Please direct any memorial contributions to your local hospice or volunteer rescue squad.
Published by The Enterprise on Mar. 9, 2021.
To plant trees in memory, please visit the Sympathy Store.
MEMORIAL EVENTS
To offer your sympathy during this difficult time, you can now have memorial trees planted in a National Forest in memory of your loved one.
MAKE A DONATION
MEMORIES & CONDOLENCES
11 Entries
Very sorry for the loss of Dr. Moon. Such a nice man and neighbor. Very kind person.
Alison Taylor
April 6, 2021
Well, I now find your obituary. My heart sank. You took very good care of me in the 80's. I have so many memories like going shopping with you and phone calls and just time spent together, and the first lunch at the Frying Pan Restaurant. May you rest in peace, dear friend.
Donna (Richard) Smith
April 2, 2021
he was such a caring loving doctor went to him for years
ELLEN ROTHWELL
Friend
March 21, 2021
It was sad to hear of Dr. Moons passing. He became our family when I retired from the Navy in 1994 and was until he closed his medical practice. He was a very caring man and always had time to talk with his patients. One of the staff from his practice us now our family doctor, a continuation of the service he provided.
Theodore Barber
March 19, 2021
One of the best doctors here
Donnetta Gross
Friend
March 18, 2021
Dr. Moon was a Great Doctor. He treated myself and my Husband Edward. He had everything in his Building. We didn't have to run here and there to get test done. He even opened up on Saturdays. Rest in Paradise.
Regina Fenwick
March 18, 2021
He was a great doctor and surgeon. He will be missed. He was my GP for several years. A good man.
Linda Knott
Acquaintance
March 17, 2021
It was a honor to know Dr. Moon. He treated me and my family from the early 80s until we moved to South Carolina in 2007. He was a very compassionate and caring medical professional. Our sincerest condolences to his family
Richard and Lorraine Greenleaf
Acquaintance
March 17, 2021
I started going to Dr. Moon when I was fourteen 1975 he had just opened his office in Leonardtown and I stayed with him until he retired. I took him red rose's on my last visit he said I've never been given rose's before. Sending prayers for his family.
Wanda Lathroum
March 17, 2021
Im shocked and very sorry to hear this, my condolences to the family

Dr. Moon was an AMAZING Caring person, he first became my personal physician back in the early 80’s and right up until he retired!

I am proud to say I knew Dr. Moon and will be happy to see him again one day!

God Bless
Brian Anderson
Friend
March 16, 2021
I worked for Dr Moon for many years. He was such a kind and gentle man. I haven't seen him for over 20 years but he has always been in my families thoughts. We will miss you Dr Moon.
Shirley Skipper
Friend
March 16, 2021
Showing 1 - 11 of 11 results