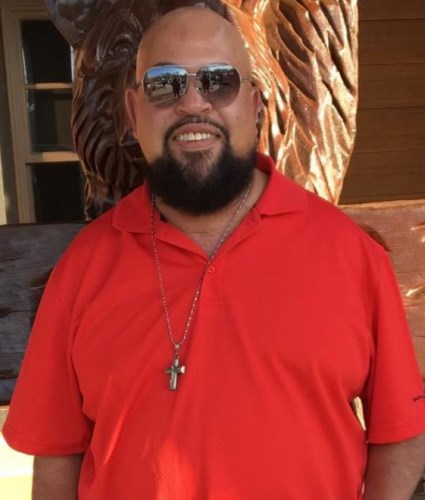 BORN
1952
DIED
2021
FUNERAL HOME
Thornton Funeral Home, P.A. - Indian Head
3439 Livingston Road
Indian Head, MD
Arnold "Arnie" Charles Johnson transitioned peacefully to eternal rest surrounded by his family on Thursday, October 14th, 2021. Arnie was born on December 11, 1952 in Washington D.C. to the late Wallace Sr. and Agnes Johnson. He was the youngest of seven children. He attended public schools in Charles County, Maryland and graduated in 1971 from Lackey High School in Indian Head, Maryland. After graduating from high school, Arnie served in the United States Marine Corps where he was a heavy equipment operator. After his tenure with the United States Marine Corps, Arnie pursued his career as a Bus Operator with Greyhound until his retirement. Following his retirement, Arnie was employed as a Mail Handler with the United States Postal Service where he also retired after many years of service. He was united in holy matrimony to Shelley Johnson and was blessed with a step-son and two daughters.

Arnie enjoyed the open road and traveled throughout the United States with Greyhound and also worked part-time with several other bus companies. He could tell you how to get to any major city in the United States. He was known as "A.C." to his coworkers and "Arnie" among family. He had a contagious personality and always made people around him laugh. He was definitely the jokester of the family. He made friends everywhere he went and he was a devout Dallas Cowboy Fan. Arnie loved to sing and dance and would challenge you to a dance off at family gatherings. He also could hand dance like a pro. Arnie loved spending time with his children and grandchildren. His grandchildren affectionately referred to him as "Pop-Pop".

Arnie is preceded in death by his parents and sister, Brenda Short.

The family will receive friends on Thursday, October 28, 2021 at the South Potomac Church, 4915 Crain Hwy, White Plains, Maryland from 10am until time of funeral service at 11am. Interment will be held at Trinity Memorial Gardens & Mausoleum. Online guestbook at www.thorntonfuneralhomepa.com.