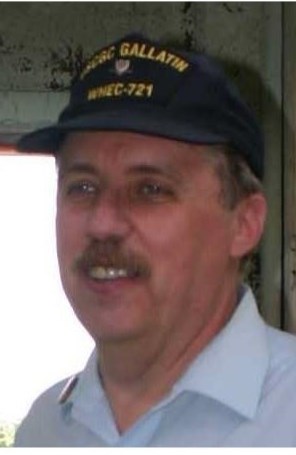 Born on July 1, 1953 in Jamestown, NY, he was the son of the late Robert and Virginia Allenson Audley.

Raised in Sugar Grove, PA, Art was a 1971 graduate of Eisenhower High School in Russell, PA and a 1973 graduate of the Williamsport (PA) Area Community College where he received an associate degree in broadcasting.

Art enlisted in the U.S. Coast Guard in March of 1974, was trained as a sonar technician and served for 3 years on the Coast Guard Cutter Gallatin. In March of 1979, Art relocated to La Plata, MD where he was employed at the Navy Research Laboratory's Blossom Point Tracking Facility where he worked until his death.

Art was a lifelong railway enthusiast and was a member of a number of railroad historical societies. He was especially interested in the railroads of Northwest Pennsylvania and Western New York in the region where he was raised.

Art was also interested in many forms of technology. He held both a commercial radio operator's license and an extra class amateur license, call sign AA3RT. He was a charter member of the Charles County (MD) Amateur Radio Club.

He was also a member of the American Legion, Post 82, La Plata, MD, AmVets Post #50 in Sugar Grove, PA and the National Rifle Association.

Additionally, Art served on the Town of La Plata's Historic Preservation Commission and was proud to have been a part of the effort that reopened the La Plata Train Station Museum in 2019.

Art is survived by his dedicated stepson, Robert Baldwin of La Plata, his brother Doug (Wendy) of Amelia, VA and nephew David Audley, also of Amelia.

In accordance with Art's wishes, there will be no viewing or funeral, however there will be a graveside service, held at the convenience of the family, at the Shiloh Baptist Church Cemetery in DeRidder, LA where Art will be laid to rest next to Brenda.

In lieu of flowers, the family requests that memorial donations be made to:

To plant trees in memory, please visit our Sympathy Store.
Published by Maryland Independent on Nov. 20, 2020.
MEMORIAL EVENTS
No memorial events are currently scheduled.
To offer your sympathy during this difficult time, you can now have memorial trees planted in a National Forest in memory of your loved one.
MAKE A DONATION
MEMORIES & CONDOLENCES
3 Entries
Art was so kind and a huge Senators fan! He won a painting by John Yim of Frank Howard and gave it to me! His kindness will always stay with me!
Carol Allen
Friend
January 15, 2021
Looks like Art and I had a lot in common: Washington Senator fan, love of animals and Amateur Radio. RIP. Big Bruno
Big Bruno
Acquaintance
January 15, 2021
Arthur was a great guy and a larger than life character on board the Cutter Gallatin. Rest in Peace Coastie.
Frank Grieco
Served In Military Together
November 24, 2020
Showing 1 - 3 of 3 results