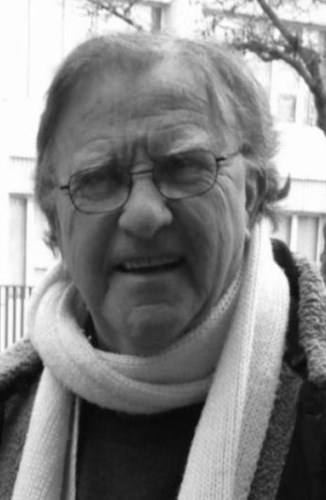 Dr. Quesada-Embid was a beloved Spanish Language and Culture professor for over 30 years at the College of Southern Maryland in La Plata, MD. He and his wife Mary Quesada-Embid, have been residents of Charles County, MD since 1972. Pepe truly enjoyed sharing his Spanish language and culture with students and community members alike. The place of his birth, Guardamar, has always held a dear place in his heart. He journeyed there with hundreds of students year after year so that they could enhance their understanding of his culture through experiential learning in an amazing Spanish place.

Over the past few years Pepe dedicated many hours to the preparation of a forthcoming book of poetry regarding his memories, reflections, and insights of Guardamar. He has also been preparing a series of bilingual children's stories based on his experiences of everyday nature in Maryland. Pepe loved listening to classical music on a daily basis. He spent many happy hours at the Kennedy Center in Washington, D.C. and the Metropolitan Opera House in New York City with his mother in law, Mary H. Chamberlain. In his spare time he could be found reading, writing, sauntering his property, and always advocating for the importance of education. He remembered well his pursuits of the highest rank of education at Catholic University in Washington, D.C. and always encouraged his children in their studies.

At the time of his passing, he was surrounded by his wife Mary, his daughter, Mercedes Quesada-Embid, his son-in-law, Jorge Caballero-Bosada, and two of his grandchildren, Montaña and Río. He is additionally survived by his son, José C. Quesada-Embid, and his two other grandchildren, Martín Paul and Chloe, his daughter-in-law, Patricia Lorente Méndez; as well as his elder sister, Carmen Quesada Andréu; his sister-in-law, Encarnación Maciá Gómez; his nephew, Francisco Manuel Quesada Maciá and family; his grandnephew, Francisco Javier Quesada Maciá and family; his cousins, Maria, Carmen, Antonio and Francisco of the family Rodríguez Quesada; and other cousins-in-law and relatives in the US and Spain. Pepe was preceded in death by his parents, Francisco and Carmen, his brothers, Paco and Manolo, his sister, Rosario, and his niece, Esther.

Pepe cherished spending time with his friends and family; his wife, his sister, his children, and his grandchildren brought him much joy. He was a people-person and his laughter, intellect, and charisma impacted so many throughout his life. He was admired and was a well-respected person.

Pepe balanced his love of people and community with a love of the natural world. He found inspiration spending time outdoors, walking among the trees, identifying and transplanting saplings, and observing birds, deer, and other wildlife. Thus, it seems most fitting to honor his life by linking his memory to elements of live nature.

For those who would like to celebrate his life, with something more tangible, the family asks that a tree or grove of trees be planted in his memory at shop.arborday.org/trees-in-memory or alivingtribute.org. If, however, flowers are sent, they must be delivered to the church by Friday afternoon, March 19.

The funeral services will be held at St. Ignatius Church Chapel Point in Port Tobacco, MD on Saturday, March 20, 2021. This service will begin with a viewing at 10am, followed by a Mass of Christian burial at 11am and the interment at Chapel Point immediately thereafter. The funeral procession will leave from the Raymond Funeral Home, La Plata, MD, at 9am for those who wish to take part. Mourners will be asked to follow covid-19 mask-wearing precautions and social distancing protocols.

Online condolences may be left for the family on Dr. Quesada-Embid's obituary page at www.powlesfuneralhome.com, website of Powles Staton Funeral Home in Rockwell, NC.
To plant trees in memory, please visit our Sympathy Store.
Published by Maryland Independent on Mar. 2, 2021.
MEMORIAL EVENTS
Mar
20
Visitation
10:00a.m. - 11:00a.m.
St. Ignatius Church at Chapel Point
8855 Chapel Point Road, Port, Maryland 20646
Mar
20
Mass of Christian Burial
11:00a.m.
St. Ignatius Church at Chapel Point
8855 Chapel Point Road, Port, Maryland 20646
Funeral services provided by:
Raymond Funeral Service Pa
GUEST BOOK
Sponsored by Raymond Funeral Service Pa.
7 Entries
Pepe was a fantastic Spanish teacher and a very kind person.
Always enjoyed just talking with him... everything from paella - tennis-
to Spanish poetry.
He left a huge impression on me to enjoy all life has to offer.
The world was a better place because of Pepe, and I will always remember him fondly.
Amy N
Student
March 20, 2021
Jose took 7 of us to Spain in 2007 for an unforgettable trip. From Madrid to Toledo to Guardamar, Seville, and many places in between, we learned, laughed, ate, and saw beautiful palaces, churches, outdoor markets, parades, memorials and ate at local restaurants. We were not students, but all over 55, and he enthralled us with his knowledge of Spanish culture and history. He came to our hime to privately teach Spanish to 6 of us. I adored Pepe and was deeply saddened to learn of his passing. May he rest in the hands of God.
Scarlett Mower
Student
March 14, 2021
May you Rest In Peace Pepe. So glad we had a happy reunion at GWUH and LaPlata year and a half ago. Great years of friendship with you and the family. I’m sure it will endure more with Mercedes and Patricia and their families following in our footsteps. Adios amigo! Lolita y Pablo
Dr and Mrs Pablo Dublin Jr
Friend
March 6, 2021
Mis más sinceras condolencias al Sr. Quesada-Embid y a su familia por su fallecimiento. Gran profesor, mejor persona. Le echaremos de menos.

Henry Grimes
Gene Grimes
Student
March 4, 2021
I have so many fond memories of you my friend. You were kind to everyone and loved by all. Rest In Peace, Pepe.
Paul Toscano
Friend
March 3, 2021
Pepe was a good friend to Lemon & me, especially in encouraging me to get my degrees. It was a joy to work with him in El Circulo in planning annual concerts plus the many paellas we had. We all will miss him and his zest for life. Elaine Moses
Elaine Moses
March 1, 2021
Pepe was kind to others. He made Spanish class more interesting with stories and tidbits about Spain. Always encouraged his estudiantes to visit his native country. I was able to do just that in 1992. His paella was legendary! We will miss him in Charles County.
Carrie Dotson
February 25, 2021