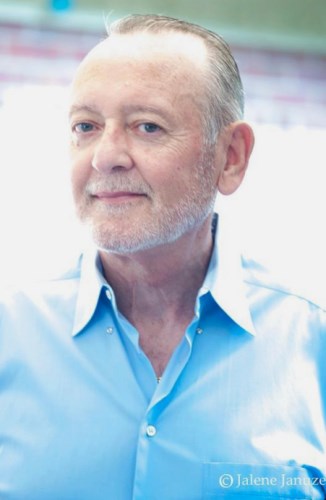 BORN
1954
DIED
2020
Ricardo Kenneth Indart died peacefully in Casey House Hospice on July 27th, 2020 in Rockville, MD at the age of 65. Ken is survived by his son, Everett, and his daughter, Nicole.

Ken was born on September 25th, 1954 in Montevideo, Uruguay to Kenneth Juan Indart and Leonilda Peverini. He immigrated to the United States at age four and grew up in Fairfax Station, VA with his sister, Kathleen, and brother, Timothy. In his young adulthood, he worked as a sommelier for Nick's Fishmarket in Houston, TX, and later Chicago, IL. Ken met Rowena Antrim at Nick's and they became married in 1986 for 11 years. Ken later moved to Silver Spring, MD and began working for Blue Star Jets as a private jet broker. He spent his final years visiting his son in New York City and attending Clemson football games with his daughter.

Ken enjoyed backgammon, playing board games with his children, and watching action movies. He is loved and missed deeply by his family.
To plant trees in memory, please visit our Sympathy Store.
Published by Maryland Independent on Jul. 27, 2020.
MEMORIAL EVENTS
No memorial events are currently scheduled.
To offer your sympathy during this difficult time, you can now have memorial trees planted in a National Forest in memory of your loved one.
MAKE A DONATION
MEMORIES & CONDOLENCES
4 Entries 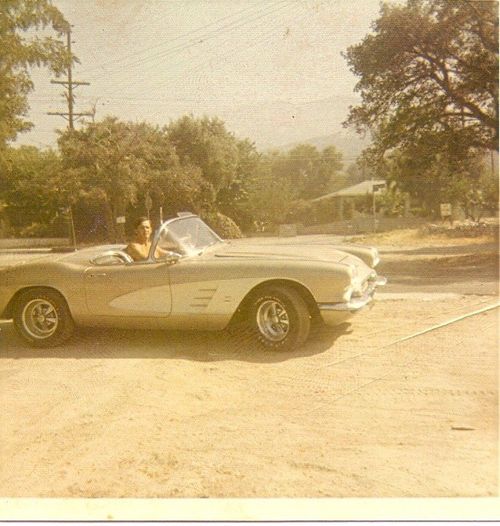 Ricardo, Ricky, as we knew him was my cousin. His mother Leonilda A Peverini, was dearly known as "Nene". She was my Dad's oldest sister who went to heaven as "Ricky" was being sent to us by God. For many year we knew about him, but had never met him. He had moved to the USA with his dad long before we did from Argentina. During our high school years, one day he visited us in our home in Tujunga CA. It was a great joy to finally meet my long lost cousin Ricky. He spend a few weeks with us, he was a great pool player, and we enjoyed driving around town in my 1962 Corvette my dad had bought for me for $800.00 with a blown engine. I had rebuilt the engine by the time Ricky visit us and we had a blast. Upon his departure from California in 1972 or 1973, can't remember exactly the dates of his visit, we basically lost track of him again. He was surely a sharp and free spirited teenagers. He is remembered in my upcoming book "The Oscars" due to come out on Amazon, Barnes & Noble, Apple ebooks, etc Jan 2021. Unfortunatly, I call him "Kenny" in the book, not "Ricky". The book is family autobiography testament of faith as I remember it, and understand The Bible. Revelation 22:21 (KJV) The Grace of our Lord Jesus Christ be with you. Amen.
Daniel Peverini
Family
August 4, 2020
Ken was fun to be with. He started a weekly backgammon tournament in the Wheaton Maryland area. His sister Kathleen was wonderful to come and help him get it going. I loved swinging by on Wednesday evenings on my way home from Johns Hopkins to DC to play with the group gathered therre. He also started the MeetUp group which helped us attract more players to the game. What I remember most about him was how proud he was of his son and daughter. Everett often came with him the Cherry Blossom Backgammon Championship which I organize. Ken played in the Atlanta Spring Class Championship -- in large part to visit his daughter when she was working there. He will be missed! We look forward to honoring his memory at the Cherry Blossom Backgammon Championship at the Hyatt Regency at Dulles next April 23-25.
Karen Davis
Friend
July 29, 2020
Ken was a fun but also a tenacious backgammon player.

He was always quick to point out that the reason he was getting the best rolls and was winning the match was because he was “THE NICE GUY.” A few years back when we were playing a Monday night tournament at Summers restaurant I got into a nearly insurmountable lead in the final game of a match with Ken. Always impatient to get on with life, Ken stuck out his hand and said “good match.” I pointed out that it was too early to resign and that he still had a slight chance to win. So, Ken settled back into the booth and started rolling; and one double, after another, after another double fell on the board. . . and “THE NICE GUY” won. We always had a good laugh about that match and the pure folly of my counsel and the pure luck of his rolling.

On July 5th, Ken and I played in the regular Beltway Sunday tournament now pushed on-line by the covid19 pandemic. I played Ken, JetGuy, in the first round, a 7-point match. After two games I was up 6-0. Ken won the Crawford game. Ken won the first post-Crawford game and suddenly my 6-0 lead stood at 6-3. You can guess what happened next. Ken gammoned me on a two cube for the match. My performance rating was 4.22, “master;” Ken’s rating was 9.04, “experienced.” “THE NICE GUY” had won again. In that same tournament Ken lost a match to Larry Brown but our new true double elimination format gave him a second chance and he took Larry Brown to the cleaners and won the entire tournament. This was the last time we were all together playing our shared game. Somewhere “THE NICE GUY” must be smiling. He will be missed.
Daniel Bluestone
Acquaintance
July 28, 2020
My name is Bill Pow and I am a member of the NVBC where Ken often participated in weekly tournaments. Ken was always a soft spoken gentlemen in addition to being a very competitive player, often winning matches against me and many other club members. Since March the club has been playing online. I can assure you he will be missed by all members.