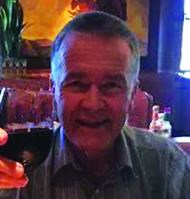 BORN
1937
DIED
2021
FUNERAL HOME
Duggan's Mission Chapel
525 W Napa St
Sonoma, CA
Alan Parks Beals, Jr.
"All children, except one, grow up" - Peter Pan
Our beloved Alan Parks Beals, Jr. was that kid at heart until he passed on the morning of June 29, 2021. He was born on December 10, 1937, to Mary and Alan P. Beals Sr. in Poultney, Vermont. Four years later came his sister Nancy. As Alan grew up quickly over the years, living in New York and Washington D.C., he was always determined to help people.
Alan was drafted into the U.S. Army where he was stationed in Alaska, but his contributions didn't stop there. His quest to make a difference in the world led him to Sierra Leone, Africa with the Peace Corps from 1962-1964 where he met his soon to be wife, Darleen Wegner. They married on December 30, 1964 in her hometown of Wisner, Nebraska.
Shortly after, they moved to San Francisco, Bay Area where they welcomed their first daughter Jennifer. In 1971, their permanent home became Sonoma Valley and two years following, they welcomed their second daughter Jayme. Alan worked as a social worker at Sonoma Developmental Center for many years. He was an integral part in the founding of the Becoming Independent organization. He transferred to Napa State Hospital for a short period of time before making his way to the Yountville Veterans home as chief of vocational and leisure services until his retirement in 1992.
Despite his hard-working personality, Darleen and Alan took advantage of their ability to travel during their 46 years of marriage and went on many cruises around the world. A few years after retirement, his first and only granddaughter, Kayla Ann Beals, was brought into his life.
Alan is survived by daughters, Jenni and Jayme Beals; granddaughter, Kayla Beals; sister-in-law, Delores Jean Gunn; and brother-in-law, Ken Fedder.
Alan's wine-loving, humorous spirit lives on through those he knew well and even those who were just acquaintances.
Come celebrate the life of Alan on Sunday July 11, 2021, at Roche Winery on Bonness Road in Schellville from 11:00 a.m. until 2:00 p.m. As an expression of sympathy, memorial contributions may be sent to Heartland Hospice, Alzheimer's Association, or charity of choice.
To plant trees in memory, please visit our Sympathy Store.
Published by Sonoma Index-Tribune on Jul. 9, 2021.
MEMORIAL EVENTS
Jul
11
Celebration of Life
11:00a.m. - 2:00p.m.
Roche Winery
Bonness Road, Schellville, CA
Funeral services provided by:
Duggan's Mission Chapel
MAKE A DONATION
Please consider a donation as requested by the family.
MEMORIES & CONDOLENCES
Sponsored by Duggan's Mission Chapel.
0 Entries
Be the first to post a memory or condolences.