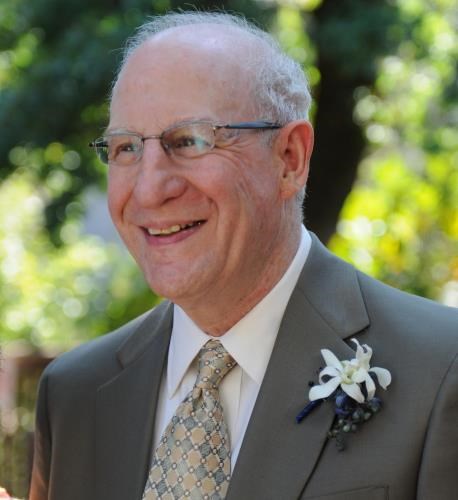 SITKIN, Peter Edward Peter Edward Sitkin of Sonoma, California, passed away peacefully at his home on Friday, December 29, 2017. A pioneering welfare rights and public interest lawyer, Peter also served as a trustee and general counsel to an international non-profit that brought the practice of meditation to hundreds of thousands of people. Born to Bea and Lou Sitkin on July 14, 1940, Peter grew up in Brooklyn, New York. He graduated Cornell University and Columbia Law School with honors. In 1966, he moved to California to serve in the domestic Peace Corp (Vista) in San Jose, and then joined San Francisco Neighborhood Legal Assistance Foundation (SFNLAF), one of the predecessor organizations to today's Bay Area Legal Aid. He later co-founded the public interest law firm Public Advocates Inc. Peter taught at U.C. Berkeley's Boalt Hall as Director of Clinical Programs through 1985 and co-directed the Civil Justice Clinic at U.C. Hastings College of the Law until 2000. Peter advocated zealously for the rights of welfare recipients and others living in poverty. In 1969, he successfully argued in the U.S. Supreme Court on behalf of the plaintiffs in "Wheeler v. Montgomery", the companion case to "Goldberg v. Kelly", which established the right to a full adjudicative hearing prior to a termination of benefits. "Goldberg" and "Wheeler" significantly expanded the due process rights of people receiving assistance through government entitlement programs and sparked a major change in the way administrative law was practiced in the United States. In 1972, seeking peace and a different kind of fulfillment, Peter moved to rural Comptche in Mendocino County, and, with dear friend Steve Antler, built a small home with his own hands. Discovering the practice of meditation a few years later was the turning point in his life. It inspired in him the recognition that the peace he sought in Comptche was within himself. He maintained an ongoing meditation practice for over 40 years. Peter shared the last 12 years of his life with his devoted and loving wife Barbara, to whom he expressed infinite gratitude and respect. He leaves two wonderful daughters, Lisa (Aaron) and Jenny (John), their mother Emily, grandchildren Benjamin and Alexandra, step-son Brian (Tamara) and his three children, Barbara's two sons Jason (Lauren) and David, and sister Judith (Phillip) and all her loving family. Peter touched the lives of many, many people with his warmth, humor and intelligence¬¬-and he really appreciated a good potato knish. A celebration of life will be held on January 20, 2018, at 3:00 p.m. at St. John's Presbyterian Church of Berkeley, 2727 College Avenue. Donations in Peter's honor may be made to the UndocuFund for Fire Relief in Sonoma County (www.undocufund.org) or to another charity of your choice.
Published by Sonoma Index-Tribune from Jan. 12 to Jan. 13, 2018.
To plant trees in memory, please visit the Sympathy Store.
MEMORIAL EVENTS
To offer your sympathy during this difficult time, you can now have memorial trees planted in a National Forest in memory of your loved one.
MAKE A DONATION
Please consider a donation as requested by the family.
MEMORIES & CONDOLENCES
3 Entries
We knew Peter for only a brief time and learned to respect him tremendously. It was with shock and sadness we learned of the passing of this wonderful man. We send our condolences and prayers to his family for their great loss.
Vijendra and Rebecca Singh
Acquaintance
February 4, 2018
The entire Porzel family extends our sympathies for Judith and her extended family. Although we had limited visits with Peter, we know, through Judith, the personal impact he had on her and his family. Reading his obituary it is clear that the world has lost an angel.
Marie Kavanagh
January 19, 2018
You shared your light with the world and we are better for having known you. Peace and blessings
January 8, 2018
Showing 1 - 3 of 3 results