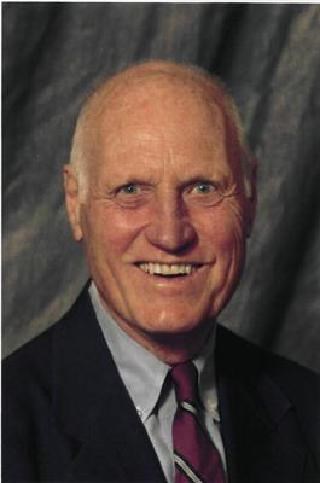 Chuck was born in South Bend on February 19, 1933, son of William Francis Roemer and Carmel Luther Roemer. His parents preceded him in death along with brothers, William, Thomas, Joseph, James, and Walter (who was born and died in 1935). His younger sister, Mary Cecilia Roemer of South Bend, survives.

In 1925, the Roemers built a house at 422 East Angela Boulevard. It was the family home throughout Chuck's childhood and young adulthood. His mom taught at St. Joseph Grade School and his dad walked to work at Notre Dame, where he taught philosophy. Chuck attended high school at Campion Jesuit in Prairie du Chien, Wisconsin. After graduation, he enrolled in the Air Force R.O.T.C program at Notre Dame. His senior year, he fell in love with Denise Becker, who was studying at St. Mary's College. Chuck graduated and received his Air Force commission in 1953 and they were married on May 14, 1955, at St. Joseph Church in South Bend. Chuck served active duty for two years -- including at Ellsworth AFB in Rapid City, North Dakota -- and several years in the reserves. He completed his formal education at Notre Dame Law School, graduating in 1958.

Chuck practiced law in South Bend, first with his brother Tom and later with his brother Jim, before Dick Mintz joined him in 1977 to form Roemer and Mintz. Chuck loved practicing law, in part because he loved to help people. He also loved to plan, teach and mentor. While he focused his practice on estate planning, he served his clients as a trusted counselor. In 2001 Roemer and Mintz merged with Barnes & Thornburg, from which Chuck retired as Partner in 2004.

Chuck was wholehearted. He hugged you, whether you thought you wanted a hug or not! He loved singing and leading those around him in song - especially at Adams soccer games and Notre Dame football games, but really it could be any occasion. He loved people and, to his last days, Chuck was kind to everyone, no matter their station in life.

If you knew Chuck, you know that he was passionate about a lot of things, including Denise, the wonder and awe of nature, and sports - especially involving his kids or grandkids (“GOALTIME!”). Chuck was athletic and competitive. He played handball at the YMCA for years, and was a state champion in 1969. For many years, he played tennis with good friends every Monday night, followed by dinner at the University Club. After retirement, he enjoyed weekly golf outings with his friends in the PGL (“Pathetic Golf League”).

Chuck was a servant leader. He helped found the Community Foundation of St. Joseph County and also Leadership South Bend/Mishawaka. Chuck and Denise also were active at St. Joseph Church and helped found its Parish Council and marriage preparation program.

In 1990, Chuck and Denise built a vacation home in New Buffalo, across the street from their dear friends, Fred and Rosemary Crowe. Chuck and Denise loved to welcome family and friends to “Roemers' Retreat” to make memories together.

Chuck's family is grateful to the staff of Quinn Memory Care Center, the Center for Hospice Care, and the entire Holy Cross Village Community for their loving care and support.

A Mass of Christian Burial will be will be held at 1:30 p.m. on Friday, August 25th, at the Church of Our Lady of Loretto, St. Mary's College, followed by burial at Cedar Grove Cemetery. Friends may visit with the family the day before, Thursday, August 24th, from 4:00 to 6:00 p.m., at the Gillespie Center, adjacent to Hilton Garden Inn on the campus of St. Mary's College.

In lieu of flowers, donations may be made in Chuck's memory to the Community Foundation of St. Joseph County (cfsjc.org) or Leadership South Bend/Mishawaka (leadershipsbmish.org). McGann Hay is assisting the family with arrangements. To send condolences to the family, log on to: www.McGannHay.com.

Cherie Leatherwood-Smith and Joan Leatherwood
August 24, 2017
Our thoughts and prayers are with you in your time of grief. May your memories bring you comfort.
August 24, 2017
Mr Roemer was the best! I remember when we were young freshmen in Farley Hall, Mr Roemer would pop by for a visit and always had us laughing. Great man who raised a great bunch of kids. Love to all the Roemer clan.

Fondly, Patty Fagan Kehoe
August 23, 2017
God works in wondrous ways. Wish I could be with all of you to celebrate Chuck's life. Will see you next week when I return to South Bend. You are in my thoughts and prayers everyday. With much love,
Sally
Sally Hendricks
August 22, 2017
What a Man!!
Stephen Newton, CSC
August 21, 2017
My deespest condulences to my dear friend Denise and the family. My Parents met Chuck and Denise in 1964 and formed a friendship and through my Parents are now gone. I countiune the friendship with Denise. I will cherish the Memoires of Chuck , his passion of life. The Christmas dinners and his singing of Christmas Carols! The big bear hug and his beautiful smile. Rest In Peace dear friend
Eva Mendenhall
August 20, 2017
Chuck had a laugh that would echo across all the courts at Leeper Park. I and my family loved being around him and his family. I'm sorry to hear about his passing and my deepest condolences to the entire Roemer family.
Jim Allen
August 19, 2017
Our heartfelt condolences to your family from the Gunn family'
Walter & Nancy Gunn
August 19, 2017
Walter & Nancy Gunn's, Stahl's & Elliott's
August 19, 2017
Having grown up with chuck, I can remember the best of times we had. Then he took care of my father resources and mine. I will miss him.
Robert Sechowski
August 17, 2017
Chuck was a beautiful person & friend. Bless him & his family. The community has lost a true leader.
Dick Van Mele
August 17, 2017
Denise: Sorry for your loss.....Chuck was an exceptional guy, whether it be in the classroom....at work, v or just on the street. He was lucky to have you, and you, him. What an exceptional couple!
Frank Myers, Lake Forest, I'll.
August 17, 2017
Greta, I'm so sorry to hear of the loss of your father. Sending comfort and love to you and the family.
Mary Hively
August 17, 2017
Mr. Roemer rest in peace. Kurt you had a great father.
Hank Hofman
August 17, 2017
Showing 1 - 19 of 19 results