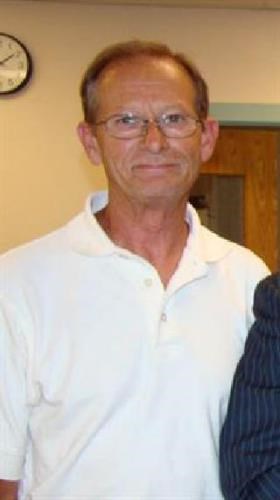 SOUTH BEND - Dennis Michael Swanson, 69, of South Bend Indiana passed away at 2:55 a.m. Tuesday, October 18, 2016 in his home, surrounded by his loving family. Mike was born on March 3, 1947 in South Bend, IN to the late Robert G. and Patricia (Wendel) Swanson. On December 16, 1972 in South Bend, IN, he married Laura Slater, who survives. Mike is also survived by one daughter, Ann (Todd) Wisniewski of South Bend, IN; two sons, Michael Swanson and Craig (Casey) Swanson both of South Bend, IN; four grandchildren, Lauren, Alex and Amanda Swanson and Lacie Wisniewski; one sister, Gloria Swanson of South Bend, IN; one brother, Robert Swanson of Columbus, IN; his mother-in-law, LoVona Slater of South Bend, IN; and many nieces and nephews. Along with his parents, Mike was preceded in death by a brother, Craig L. Swanson and a granddaughter, Sophia Swanson. Funeral Services will be held at 11:00 a.m. Saturday, October 22, 2016 in Kaniewski Funeral Home, 3545 N. Bendix Drive. Burial will follow in Mount Pleasant Cemetery, with full military honors. A visitation will be held from 2:00 until 8:00 p.m. Friday, October 21, 2016 in the funeral home. After graduating from Washington High School in 1965, Mike served in the United States Marine Corps during the Vietnam War, where he received a purple heart for his service. He was sworn in as an officer of the South Bend Police Dept in 1970 and retired in 1999. Mike then served as Commander of the St. Joseph County Special Crimes Unit for four years. Mike enjoyed fishing, baseball (Cubs), and spending time with his children and grandchildren. He loved dogs, especially his four-legged granddogs. Mike could always be counted on to lend a hand to anyone in need. He was a selfless family man who humbly served others before himself, always. The family would like to thank Dr. Zon and staff at Michiana Hematology-Oncology, Center for Hospice, and the special care given by close family and friends. Memorial contributions may be made in Mike's honor to the Center for Hospice Care. Online condolences may be left at www.kaniewski.com

Published by South Bend Tribune on Oct. 20, 2016.
To plant trees in memory, please visit the Sympathy Store.
MEMORIAL EVENTS
To offer your sympathy during this difficult time, you can now have memorial trees planted in a National Forest in memory of your loved one.
Funeral services provided by:
Kaniewski Funeral Home - South Bend
MAKE A DONATION
MEMORIES & CONDOLENCES
26 Entries
I was very sorry to hear of the passing of Mike. Mike and I came on the South Bend Police Department together in January 1970. We became friends from that time on over the next 20 years until my retirement. Mike was always there when you needed him as our President of the FOP. Mike watch over us now until we all meet again in heaven. He will be missed.....

Tom Deka
Retired South Bend Police Department
Tom Deka
Coworker
October 27, 2016
I was very sorry to hear of the passing of Mike. Mike and I came on the South Bend Police Department together in January 1970. We became friends from that time on over the next 20 years until my retirement. Mike was always there when you needed him as our President of the FOP. Mike watch over us now until we all meet again in heaven. He will be missed.....

Tom Deka
Retired South Bend Police Department
Tom Deka
Coworker
October 27, 2016
Dear Craig and Swanson family,
I just wanted to say that I am so sorry for your loss. Your dad was a great man. You are all in my thoughts and prayers.
Fran Hammar
October 23, 2016
Oh my I have known Mike since a little boy. I was shocked to read this. His sister is my best friend. We went to school together. It is so sad. Craig, now mike and gloria is not well either. You all have my condolances. A lovely family. And then they have family's. Prayers to all of you. Judy (luczkowsk) Blair.
October 22, 2016
We appreciate all Mike did to solve the Osco murders. He was definitely one of the "good guys"!
Condolences to his family.
Carolyn Szumski
October 22, 2016
Friends and family, our hearts are with you in South Bend as we say our final goodbyes. Although it has been eight years since my dad passed away, some wounds remain fresh. Michael, Annie, Craig--my heart aches with yours. Losing your dad is like losing my dad all over again. This is because I believe Craig and Mike were more than brothers--they shared a bond like that of twins, and if it's possible for twins to be born ten months apart...well...these two were living proof of that. From laughter to sorrow, they shared so much and gave so much. May we all find peace knowing they are together again, smiling down on us...and, naturally, cracking a few good jokes together.

I cherish the memories of the times we've shared. Mike will forever be remembered for the laughter and love he gave our family; for the kindness and compassion he showed others; for the bravery, courage, and strength he held through hard times; and for his honor, service, and many sacrifices made for God and country.

With peace and love,
Dawn, Jeff, Andrew, and Isaac Bergeron
Dawn Bergeron
Family
October 22, 2016
So sorry to read of Mike's passing. Mike was in my homeroom at Washington High School and a member of the excellent class of 1965. So many great young people in that class. Mike will certainly be missed and we will keep the family in our prayers. Sincerely, Lowell Rarick
Lowell Rarick
Teacher
October 21, 2016
I got to know Mike as a co-worker and a friend working at the SBPD. He was always there to help. May he rest in peace. Ralph Szczepanski
Ralph Szczepanski
October 20, 2016
May God rest Mike's soul in peace for all of eternity, and bring comfort to his family & friends. Mike was one of the nicest guys that I ever knew. Rest easy Mike.
Mike Chrapliwy
October 20, 2016
We are so sorry for your loss. Thinking of you during this difficult time. Sending prayers of peace and comfort to you and your family, Ann.
Cheryl Gentry
Friend
October 20, 2016
I grew up with Mike on the West side, played ball with him, was in high school at WHS and graduated in 65 together. He was a special person growing up and as long as I can remember. I know his family will miss him, but he is in a better place now. I know he will be guiding all from heaven. Ever onward.
Bob Patterson
Classmate
October 20, 2016
Robert, Gloria, Laura & Family,

You are all in my heart & prayers. I was so glad to spend the time and laughs with all of you and Mike last year. Too bad it wasn't under better circumstances at that time either. Wish I could be there with all of you at this time, especially since you have always been there for us when we needed you. We sure have a great family and have had a lot of fun over the years. RIP, Mike. We will all miss you greatly and never forget you.

Love and prayers, Aunt Susie
October 20, 2016
You can stand down and rest easy Marine...Well Done...Semper Fi brother..
Randy Fish
Friend
October 20, 2016
Rest in peace Mike, and thank you for all your service. Condolences to his family.
Frank Butiste
October 20, 2016
Our thoughts and prayers are with the family at this time. Mike and I went to school together and were on the Police Dept. together. He will be missed very much.
Lou & Carolyn Grounds
October 20, 2016
SO SORRY FOR YOUR LOST ...JILL AND CHRIS DEYERLING
October 20, 2016
So sorry for your loss. Mike will always be my friend. He served our country, city and county. Rest in peace my friend.
Bert Prawat
October 20, 2016
Laura I'm so sorry for your loss my condolences to you and your family.Prayers for you and the family.
Roberta (Bobbie) Lawson
October 20, 2016
May God Bless You Mike and we will keep your family in our prayers
Susan Laurita
October 20, 2016
Mike was always a friend and served his community and country proudly. May God Bless his soul, Semper Fi my friend. RIP
Darrel Grabner
October 20, 2016
Ron always referred to you as his friend, I reminded him you were our cousin. How true Mike was always there to lend a helping hand. The one thing we remember is: our trailer carpet needed cleaned for the last five visit and Mike came over and cleaned i the last time we were theret. It looked new he did such a great job. Always moving and thinking of the other person. God bless you Mike. Mike we will miss you so much please know that we always loved you and always will. It is hard to be here and not being able to say good-bye in person. See you again some day. Love Ron and Carole
Ron and Carole Simmons
Friend
October 19, 2016
Lucky enough to know Mike while in high school. He was special then and from his obituary he always was a very special man. The world was lucky to have him & will miss him. Ever onward.
Fran Dylejko
Friend
October 19, 2016
Take comfort in knowing that now you have another Special Guardian Angel to watch over you.
Tommy Leszcz
Coworker
October 19, 2016
Craig
We are sorry for your loss. Thoughts and prayers to the entire family.
Charlie and Patti Lawson
Patti Lawson
Friend
October 19, 2016
I remember when mike came into Irene s on western ave. He was a nice guy
lorraine szynski
Friend
October 19, 2016
My heart is broken as my mentor, partner and friend is gone. I'm a better man, father and cop because of Yoda, thank you to his family for sharing him with me!
Chris Jordan
Friend
October 19, 2016
Showing 1 - 26 of 26 results