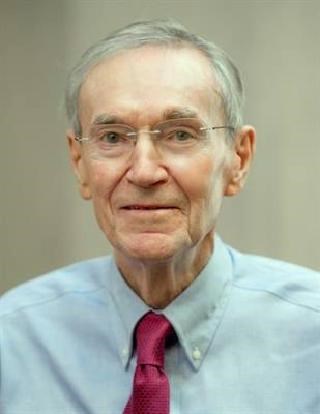 NOTRE DAME, IN - Donald Paul Kommers, a political scientist and legal scholar well known for his writings on German law and politics and his pioneering work in the field of comparative constitutional studies, died Friday, December 21, 2018, at his home in Holy Cross Village, Notre Dame, Indiana. He was 86.

The eldest son of Donald M. Kommers and Gladys Janet (nee Braun), Don was born August 26, 1932, in Green Bay, Wisconsin. He grew up in Stockbridge, a small town near Green Bay, where his father ran a grocery store serving hundreds of farmers in the surrounding area. He attended St. Norbert High School in DePere, on what is now the campus of St. Norbert College. He graduated from Catholic University of America in Washington, D.C. In his senior year, after a debating contest at Harvard University in 1953, he was set up on a blind date with his future wife, Nancy Ann Foster, of Boston, Massachusetts, to whom he was married for almost 64 years. After college, Don served for two years in the United States Marine Corps. Honorably discharged in 1956, he went on to earn M.A. and Ph.D. degrees in political science at the University of Wisconsin-Madison.

Don joined Notre Dame's faculty in 1963. He taught a wide variety of courses on American and comparative politics until turning most of his attention to the constitutional systems of both Germany and the United States. He received the Joseph and Elizabeth Robbie Chair of Political Science in 1991. Over more than forty years, thousands of students took his popular undergraduate course in American constitutional law. In addition to teaching, Don served as the Director of the West European Studies Program; the Director of the Notre Dame Law School's Center for Civil Rights, during which time he served as an advisor to President Carter's Commission on the Holocaust; and the Co-Director of the Notre Dame Law Center in London. He was also the editor of The Review of Politics for eleven years. His more than 100 publications include 10 books and dozens of major articles and book chapters on constitutional and political themes in both the United States and Germany.

During his extensive career, Kommers was the recipient of many awards and honors, including: several senior fellowships from the National Endowment for the Humanities, along with major fellowships and grants from the Rockefeller Foundation, Andrew W. Mellon Foundation, Alexander von Humboldt Foundation (Germany), Max Planck Society (Germany), German Marshall Fund of the United States, Fulbright Scholar Program, American Philosophical Society, and Social Science Research Council; Germany's Alexander von Humboldt Prize for Senior U.S. Scholars; the Berlin Prize from the American Academy in Berlin; the Distinguished Service Cross of the Federal Republic of Germany; and the American Bar Association's Silver Gavel Award. In 1998, Germany's Heidelberg University awarded Kommers an honorary doctor of laws degree in recognition of his published work on Germany, up to then only the fourth such honor conferred on an American since World War II. In 2007, he was the recipient of a second honorary doctorate from St. Norbert College, where he also delivered the commencement address.

Don will be greatly missed by his family, friends, and colleagues.

Published by South Bend Tribune from Jan. 13 to Jan. 14, 2019.
To plant trees in memory, please visit the Sympathy Store.
MEMORIAL EVENTS
Jan
21
Funeral Mass
9:30a.m.
Basilica of the Sacred Heart
University of Notre Dame, IN
Funeral services provided by:
Kaniewski Funeral Homes
MAKE A DONATION
MEMORIES & CONDOLENCES
Sponsored by Kaniewski Funeral Homes.
1 Entry
My sincere condolences to the Kommers family. May you hope in the God of all comfort to strengthen and console your hearts. (Psalm 27:14)
January 13, 2019
Showing 1 - 1 of 1 results