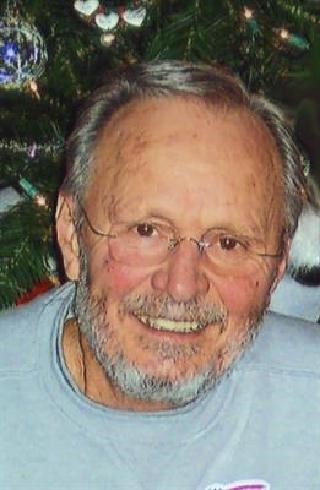 Don was born on November 14, 1933, in Mishawaka, to Philip and Zelpha (Scott) Weber. He was preceded in death by his parents, and sisters, Irma Rose Fox and Donna Freeze, brothers-in-law, Tom Freeze and Rich Wilson, and a son-in-law, Don Oedekerk, Jr.

Don was a veteran of the United States Navy. He worked at Ball Band several years before becoming something he had always wanted to be .... a Mishawaka Police Officer for 21 years. Don was also the owner of the former Union Station Restaurant in Mishawaka and developed many close friendships over those years. He was a member of St. Mark's Missionary Church.

He and Linda enjoyed spending time at their home on the river - boating and cooking out with family and friends. He was an avid Cubs, Bears, Colts and Notre Dame fan, and he loved his Harley.

Funeral services will be on Friday, October 28, at Saint Mark Missionary Church where family will receive friends at 9:30 with a celebration of life at 11:00. Pastor John Gregory will officiate. Hahn Funeral Home, Mishawaka, has been entrusted with handling the arrangements.

In lieu of flowers, memorial contributions may be made to Saint Mark Missionary Church, 55240 Bittersweet Road, Mishawaka IN 46545; or Hospice Foundation Supporting Center for Hospice Care: South Bend-Elkhart-Plymouth, 501 Comfort Place, Mishawaka, IN 46545.

To leave the family an online condolence, please visit our website at www.hahnfuneralhomes.com.