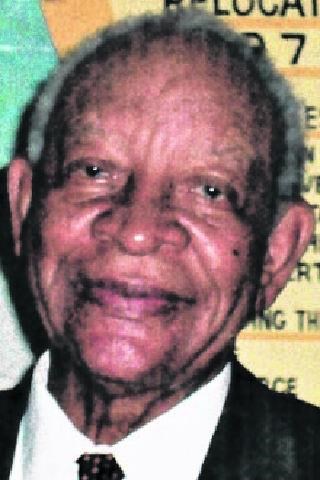 SOUTH BEND - Edward Archie Myers was born July 21, 1926 in Safety Harbor, FL to Edward and Hattie Williams Myers. At a young age his mother and siblings moved to South Bend, IN.

Edward graduated from Washington High School in 1945. During his senior year, he was drafted into the Army for WWII. Due to the GI Bill, he was able to attend Central State University where he received his Bachelor of Art degree. He earned his Masters Degree from Indiana University, Bloomington, IN. Edward began his teaching career in Lexington, Kentucky. Afterward he moved back to South Bend, IN and taught at Linden Elementary School. Edward was the first African American coach in South Bend and during his career won three city basketball championships. In 1969, Edward A. Myers became the first African American Principal for the South Bend Community School Corporation.

Edward was transferred to the Administration building and held the following positions: Supervisor of Adult Basic Education Evening Program, Director of the Career Opportunity Program, State & Federal Project Coordinator and Counselor in the Pupil Personnel Department.

Edward has served on various boards such as: Hansel Center, Urban Youth Services and was a member of Representative Tim Roemer's Screening Committee.

Edward was honored by receiving the Key to the City of South Bend, was a recipient of the Trailblazer Award and was inducted into the South Bend Community Hall of Fame.

Edward A. Myers, Sr. will always be remembered as a man who took pride in helping others. His Christian upbringing from Grace A.M.E. Zion Church taught him the value of serving others. He was a charter member of the Kappa Alpha Psi Fraternity and loved mentoring young men to stand tall and proud.

“What a Mighty Good Man.”

On his time, he was a master gardener, a flower enthusiast, a magician, a phenomenal educator, and a spectacular husband, father, son and friend.

To plant trees in memory, please visit our Sympathy Store.
Published by South Bend Tribune from Apr. 14 to Apr. 17, 2017.
MEMORIAL EVENTS
Apr
17
Viewing
11:00a.m.
Grace AME Zion Church
, IN
Apr
17
Service
12:00p.m.
Grace AME Zion Church
, IN
Funeral services provided by:
Alford's Mortuary
MEMORIES & CONDOLENCES
Sponsored by Alford's Mortuary.
18 Entries
My deepest sympathy to the all the children, grandchildren and surviving relatives.
Tigerjeet Ballayram
April 24, 2017
To Charlotte and Family May your Father Rest In Peace on behalf of the Jones Family
Sheri Jones-Baker
April 22, 2017
Sylvia, so sorry to hear of Edward's death. I remember him as such a nice man. Mark Davis, Adams class of 1978.
Mark Davis
April 19, 2017
I remember Mr.Myers from Linden School. To me he was a giant. So tall he towered over us kids. But he always had words of encouragement. He always had a smile for you which made the students feel loved. Mr. Myers is one of the reasons I pushed so hard academically. I was so proud to show my report cards to him.

Linden School was a blessing to all under his charge. He will be missed. Ms. Sylvia and family you have my prayers.
Mattie Taylor
April 19, 2017
To my Myers family, thanks for sharing your father, my uncle with me. I will cherish my childhood memories of summer vacations at Enchanted Forrest, Deer Forrest, Silver Beach, Great America, camping in Canada and seeing Niagra Falls, all by age 11. What Uncle does this? My Uncle Eddie! I love my family!
Nancy Roundtree Johnson
April 19, 2017
my condolences to mr. Myers a great principle of great motivator only because I got a paddling lol may God bless you and your family as you move on up to the upper room classroom thank you for your service
Michael Warnsly
April 18, 2017
Michael Warnsly
April 18, 2017
Larry Scott
April 17, 2017
Mr. Myers was an inspiration to teachers everywhere, and we were lucky to have his words of wisdom given so recently regarding Linden School. I wish peace for his family, friends, and the community. Much love.
Erin Brown
April 17, 2017
I WILL ALWAYS REMEMBER HOW MUCH OF A INSPIRATION AND LEADER HE WAS. HE ALWAYS SHOWED LOVE AND RESPECT FOR HIS STUDENTS. MOST OF MY FAMILY ATTENDED LINDEN ELEMENTARY AND I WILL NEVER FORGET MR. MYERS WHAT AN OUTSTANDING MAN HE WAS.
MAY GOD COMFORT THE FAMILY IN THEIR TIME OF SORROW.
THE BAILEY FAMILY
April 17, 2017
Always loved this man...wonderful father and great leader. God Bless the Myers family. Gwen, Janelle, Bubba, Douglas, Charlotte, Regina...you are in my thoughts and my prayers. Marcia Oldham
Marcia Oldham
April 17, 2017
Praying for your family. The Mcbride family
Sharon Mcbride
April 16, 2017
TO SYLVIA & MR. EWARD A.MYERS SR. CHILDERN,THE ROUNDTREE, THE CHAMBLISS AND THE ENTIRE EXTENDED FAMILY I AM SO SORRY TO HEAR OF THE LOSS OF YOUR LOVE ONE MR. EDWARD A. MYERS SR. YOU ALL HAVE MY PRAYERS AND DEEPEST CONDOLENCES MY LOVE,THOUGHTS AND PRAYERS ARE WITH THE FAMILY AT THIS TIME FOR I TO HAVE LOSS A FATHER SO I KNOW YOUR PAIN MR. MYERS WAS A VERY SPECIAL MAN ONE WHO I AM GLAD TO HAVE HAD THE OPPORTUNITY TO HAVE KNOW HE WAS A VERY LOVING AND CARING MAN WHO HAD A VERY BIG HEART THE TIME I HAD HIM AS A FATHER IN LAW AND EVEN AFTER WHEN I SEEN HIM HE ALWAYS TREATED ME THE SAME MY CHILDREN COULD NOT HAVE HAD A BETTER GRANDFATHER ROLE MODEL IN THEIR LIFE TO LOOK UP TO FOR THAT I AM DEEPLY GRATEFUL REST IN HEAVEN MR. MYERS YOUR JOB WAS WELL DONE LOVE YOU ALL. ANGELA WILLIAMS AND YOUR GRAND CHILDREN DERRICK,JUSTIN,KIARA MYERS AND GREAT GRAND CHILDREN.
Angela Williams
April 16, 2017
RIH Mr. Myers. My first principal at Linden Elementary. He was like a father figure to all the kids at the school and within the community. He was well respected by all who knew him. To the family, you have my prayers. Trust and know that God will bring peace and comfort to you all.
Jeffrey West
April 15, 2017
To my life long friends, Gwen, Charlotte, Regina and the family. I'm so sorry for your loss. Mr Myers was my principle and he set a high standard for us all. Rest well Mr Myers, your legacy will live on forever!
Kimberly Peake
April 15, 2017
RIP Mr. Myers, you will be truly missed
Arlene A. Watson
April 15, 2017
To Sylvia & Children,

We extend our deepest sympathies to you and your family. May the soul of your love one be at peace with our Heavenly Father.

Sincerely the Chandler Family
Sharon, Edith and Wayne
Edith Chandler
April 14, 2017
To the Myers, Roundtree, and Chambliss families,
I am so sorry for your loss of patriarch Mr. Edward Myers.
Mr. Myers was not only my principal at Linden school, but later on was also a neighborhood father.
I remember from the first grade how he would visit all the classrooms each morning. He would sometimes just stand in the back of the classroom and observe as our teachers taught and sometimes would add to our instruction. My favorite time was when he'd come to our class during writing. He would stand behind our desks and watch us print. Every morning he would tell me "That's very good Pamela, very neat"! To this day I still take pride in my handwriting.
Mr. Myers also gave me my first and only paddling.
He taught myself and my good friend Shirley Jones (may she RIP) that fighting solves nothing and that we must sit down and talk our problems out.
He was a wonderful quiet man who will be missed by the whole community.
Rest well in Heaven Mr. Myers, your legacy lives on through all of us children you taught and councelled.
My sincere condolences to the family. My love, thoughts, and prayers are with the family during this sad time.
I pray that the Lord will give you strength and courage to endure and Grant you all peace of heart in the days ahead.
Pamela Valentine- Wilson and family
Pamela Valentine-Wilson
April 14, 2017
Showing 1 - 18 of 18 results