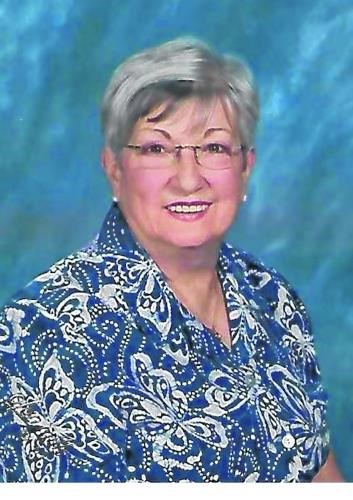 In Bowling Green, OH in October of 1951 she married Norman L. Thompson; he preceded her in death. She was also preceded in death by her parents, a son, Carl Thompson and a brother, Thomas Pomelee.

Elinor lived for 42 years in South Bend and moved to Southwest Florida in 2004. She received an Associates Degree in Commercial Art Technology from Ivy Tech in 1979 and became a self-employed commercial artist and fashion illustrator. She also taught art at Trinity School in South Bend before moving to Florida and worked at Books-A-Million in Past Charlotte, NC for 6 years. Elinor was a member of Holy Trinity Lutheran Church, Sweet Adeline's International, Venetian Harmony Chorus, the American Legion Auxiliary, and St. Paul's Handbell Choir. In her spare time, she enjoyed painting rocks, pictures doing calligraphy, crocheting, and reading.

The family would like to thank Heartland Hospice for their wonderful care of Elinor.

Elkhart Cremation Services has been entrusted with her arrangements.

Published by South Bend Tribune on Apr. 23, 2019.
To plant trees in memory, please visit the Sympathy Store.
MEMORIAL EVENTS
To offer your sympathy during this difficult time, you can now have memorial trees planted in a National Forest in memory of your loved one.
Funeral services provided by:
Elkhart Cremation Services - Elkhart
MAKE A DONATION
MEMORIES & CONDOLENCES
Sponsored by Elkhart Cremation Services - Elkhart.
2 Entries
Lauren - so sorry to hear of your loss.
May your memories provide comfort at this time .
Thinking of you and your family.

Love you, Debbie Pipke
May 1, 2019
Our sincere condolences to Lee and the entire family. Elinor and Jeannette were wonderful friends for many, many years, and now are reunited in Heaven! May memories of your mom bring you some peace in the days and weeks ahead.
Kurt and Kim Frazier
April 23, 2019
Showing 1 - 2 of 2 results