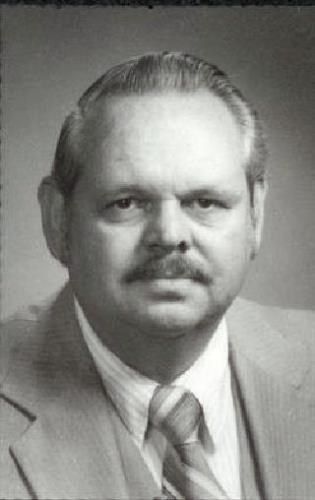 Memorials: In lieu of flowers, memorials may be made to Community Hospice of Texas, 6100 Western Place, Suite 105, Fort Worth, TX 76107; or to South Hills Christian Church.

Memorial Service: 10:00 am on Saturday, April 2, 2016, at South Hills Christian Church, 3200 Bilglade Rd., Fort Worth, TX 76133. Burial: There was a private family burial at Bluebonnet Hills Memorial Park prior to his services.

Francis was born in 1936 to Emmons Rudduck and Hazel Van Blaircom Rudduck in Mishawaka, Ind. His brother Robert gave him the name “Frenchie” when he was 3 years old. He married his high school sweetheart, Mary Grodrian, on September 8, 1957, in their home town. They grew up in the same church and knew each other their whole lives. In July of 1962, they moved to Texas. He retired after 39 years as a Service Representative at Pitney Bowes. Francis was preceded in death by his parents; brother, Robert; sisters, Betty Brant, Beverly Madsen, Margaret Dene and Joyce Rudduck.

Published by South Bend Tribune on Mar. 27, 2016.
To plant trees in memory, please visit the Sympathy Store.
MEMORIAL EVENTS
To offer your sympathy during this difficult time, you can now have memorial trees planted in a National Forest in memory of your loved one.
MAKE A DONATION
MEMORIES & CONDOLENCES
3 Entries
We send our condolences to you, Mary, and to the family, sharing in your sorrow and remembering when we met Frenchie. Wishing you comfort at this sad time. With love, Joan and Bob
Joan Kennedy
March 28, 2016
RIP buddy remember you as a great friend at Mishawaka High School.
Bill Boomhower
March 28, 2016
Our prayers surround your family; may we rejoice in knowing he is now whole; in the presence of His Savior and Creator, surrounded by his family there.
Rest in peace dear uncle. I will cherish the rich stories in our phone calls, the inspiration you gave my faith as we "sharpened iron" together and your boyish grin at the accomplishment of your humorous antics during our last visit. Another piece of my heart resides in Heaven. I love you.
Cindy DeLaPaz
March 23, 2016
Showing 1 - 3 of 3 results