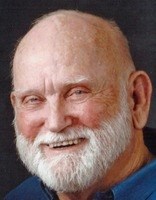 FUNERAL HOME
Palmer Funeral Homes - Hickey Chapel
17131 Cleveland Rd.
South Bend, IN
Fred H Dickeson
Dec 16, 1939 May 31, 2021 SOUTH BEND - Fred H. Dickeson, 81 years old, passed away at his home on Monday, May 31, 2021 after a long hard-fought battle with ill health. Fred was born in South Bend, IN, on December 16, 1939, to the late Dallas and Orpha (Hyatt) Dickeson. He was a lifelong resident of the area. Fred graduated from Central High school and attended Indiana University at South Bend. Fred was employed as a lab manager for the University of Notre Dame for over 30 years, from which he retired in 2005. On December 4, 1992, in South Bend, he was united in marriage to Dawn Silvey Hartzell, who survives.
Fred is survived by his granddaughter, Haley Greco of South Bend; stepdaughters, Michelle Conway of Granger, and Rachel (Joseph) Waltz of Osceola; and stepson, Chad (Kristin) Hartzell of Granger; along with six step-grandchildren, Erin and Sydney Conway, Conner and Tyler Hartzell, and Maya and Jillian Waltz. Fred also leaves behind his sister, Viola Meece of Evansville, IN. Fred was preceded in death by his daughter, Leslie Greco, and by his nine brothers and sisters.
Fred loved and enjoyed his grandchildren. He enjoyed watching their activities and was very proud of their accomplishments. They have many cherished memories of "PaPa" or "Grandpa Fred."
Fred, passed away, fittingly on Memorial Day when his long hard-fought battle with several illnesses came to an end. His struggle is over now, and he can finally rest peacefully and pain-free. Fred was an especially loving, kind and caring person. He was accepting and nonjudgmental. He did his best to help everyone. He had only one daughter but was considered a father by many. Still others referred to him as "Grandpa."
Fred had several special friends who helped care for him and helped him enjoy the better days that he had, over his last years. In his younger years, he raced motorcycles. Fred was an avid fisherman. He spent many happy days with his fishing buddies. These special friends and buddies are considered family. He enjoyed the companionship of many dogs especially Mocha and Willow.
Fred will be missed by many who are hopefully now picturing him at peace, fishing eternally with Jesus.
Funeral services will be held at 1:00pm on Monday, June 7, 2021 at Palmer Funeral Home - Hickey Chapel, 17131 Cleveland Road, South Bend, IN. Graveside services and burial will follow at Highland Cemetery in South Bend. Friends may visit with the family from 11:00am-1:00pm on Monday at the funeral home prior to the service.
Memorial contributions may be made to Prince of Peace Church of the Brethren, 53105 N. Ironwood Road, South Bend, IN 46635.
Online condolences may be left for the Dickeson family at www.palmerfuneralhomes.com.
Published by South Bend Tribune from Jun. 7 to Jun. 6, 2021.
To plant trees in memory, please visit the Sympathy Store.
MEMORIAL EVENTS
Jun
7
Visitation
11:00a.m. - 1:00p.m.
Palmer Funeral Home - Hickey Chapel
17131 Cleveland Road, South Bend, IN
Jun
7
Funeral service
1:00p.m.
Palmer Funeral Home - Hickey Chapel
17131 Cleveland Road, South Bend, IN
Funeral services provided by:
Palmer Funeral Homes - Hickey Chapel
MAKE A DONATION
MEMORIES & CONDOLENCES
Sponsored by Palmer Funeral Homes - Hickey Chapel.
0 Entries
Be the first to post a memory or condolences.