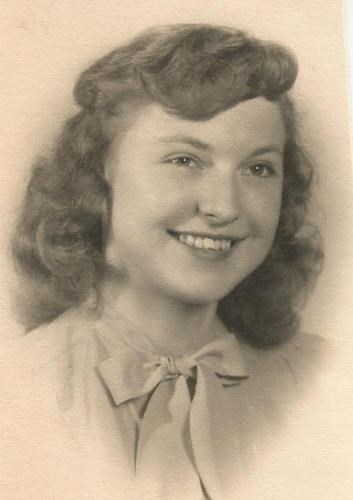 MISHAWAKA - Joan Golubski was born to Joseph and Josephine Trzcina on July 7th 1929, in South Bend, Indiana. She was preceded in death by her parents, her brother Joseph Jr., and her beloved husband Ralph, who passed away in 2002. Joan spent her childhood attending Saint Adalbert's Catholic School, Benjamin Harrison, Central High School and the Michiana College of Commerce, where she earned a secretarial degree.

Joan was the only daughter of Joseph and Josephine Trzcina, who left Poland and came to America in 1915, leaving all of their family behind. Her parents met in South Bend, were married in 1928, and welcomed Joan into the world in 1929. Joan spent her early years as an only child. She met her one and only love Ralph Golubski and after a four-year courtship, they were married at the age of 21. Joan and Ralph were blessed with three wonderful children and lived a rich happy life in South Bend, Indiana until the time of her death.

Joan retired from the U.S. Government Department of Defense Civil Service as a military personnel clerk with the Notre Dame Army ROTC program in 1999 after 25 years of service. She continued working part time at Notre Dame in the Army ROTC office for another 15 years. She also worked at Studebakers's for seven years, at Bendix for three and two years at Hickey Construction Company as a secretary. In addition, she was also the neighborhood Fuller Brush lady for several years.

In 1962, on a family camping trip, Joan and Ralph discovered their home away from home on North Scott Lake, in Bangor Michigan. It was there that they found their love of camping and eventually bought some lake-front property there. Almost every weekend in the summertime was spent fishing, swimming and boating at the lake with her family.

Unfortunately, Ralph developed an auto-immune disease that resulted in renal failure and on-going need for kidney dialysis that continued until his death in August of 2002. Ralph's illness wasn't able to stop them from continuing to live their life of adventure. In 1986, after years of watching “The Love Boat”, they took a Caribbean cruise, beginning a love of sea travel that took them from Hawaii to the Panama Canal on over 15 cruises. Ralph and Joan spent 52 wonderful years together. Ralph was Joan's only love.

After her husband's death in 2002, Joan took up oil painting under the tutelage of famous local artist, David Allen. She was a master Euchre player and continued to work one day a week at Notre Dame with her friend Connie. She loved shopping with her daughters and was a die-hard fan of the Chicago Cubs,

living to see them win the world series in 2016. She was also an active member of the Ladies of the Knights of Columbus John Carroll Council 5570 for almost 50 years.

Joan was a happy healthy person who loved life, her wonderful children and her beautiful grandchildren and great grandchildren with a passion. She is survived by her three children, Karen (Chuck) Kovach, Michael (Rhonda) Golubski and Kathleen (Greg) Helmen, grandchildren Nick (Kathleen) and Eric (Jessica) Kovach, Alison (Alex) Golubski, Alex Golubski and Alana (Brian) Fredenburg and great-grandchildren Logan, Averie, Milo, Monty and Griffin Kovach, Mairin and Grace Rumely, and Lawson and Sutton Fredenburg. A service will be held at the St. Joseph Cemetery Mausoleum at 2:30 p.m. Tuesday May 18, 2021. To send online condolences, please visit www.kaniewski.com. 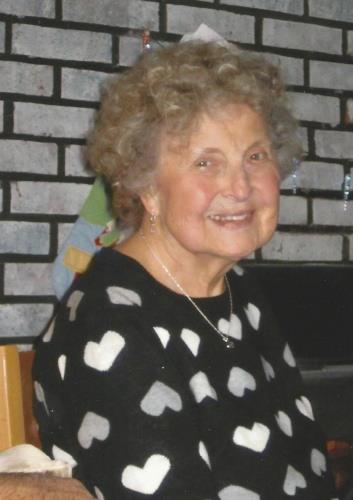 Published by South Bend Tribune on May 17, 2021.
To plant trees in memory, please visit the Sympathy Store.
MEMORIAL EVENTS
May
18
Service
2:30p.m.
St. Joseph Cemetery Mausoleum
IN
Funeral services provided by:
Kaniewski Funeral Homes
MAKE A DONATION
MEMORIES & CONDOLENCES
Sponsored by Kaniewski Funeral Homes.
3 Entries
I worked in the ROTC office during my early years at ND, before earning a scholarship. And I worked "for" Joan and it was a privilege. I've frequently wondered what Joan did after leaving ND and am very saddened to learn of her passing. My memory of Joan is one of caring dedication for the cadets and cadre who she supported - nothing got done without Joan's attention to detail, knowledge, guidance and tender and caring approach. Those of us who went on to graduate and commission as 2LTs have Joan to thank for ensuring our stuff was "squared away" for Camp, Airborne training, commissioning, etc. Rest in Peace...
Mike Park
Served In Military Together
May 28, 2021 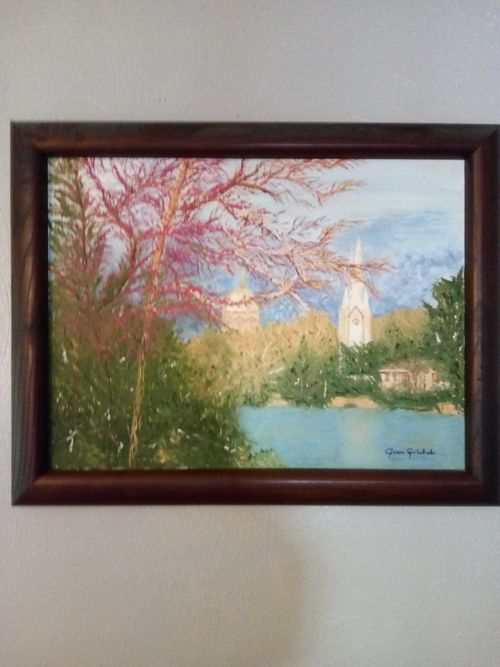 As the days and weeks pass, and as you return to life's routine, may you continue to feel comforted by the love and support of family and friends.
Holly Lupresto & Jerome Wishin
Acquaintance
May 18, 2021 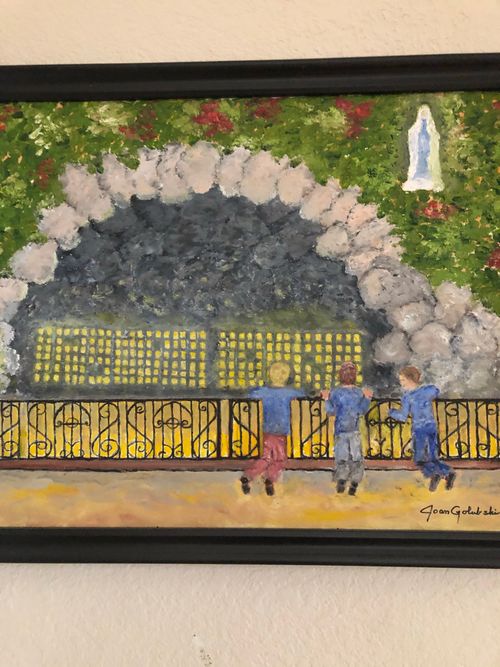 What a remarkable woman and artist. Joan was kind and caring and took the time to do special things for people. Shortly after my mom died she painted a beautiful picture of my boys praying at the Grotto before my moms death. She and Karen surprised me with the painting. I will forever cherish it. RIP Joan.
Deborah Foley
Friend
May 17, 2021
Showing 1 - 3 of 3 results