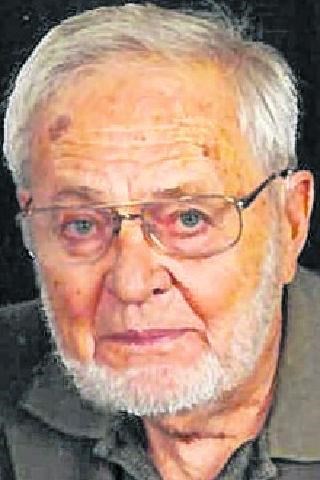 SOUTH BEND - John W. Mihelich passed away peacefully in his home on March 10, 2017 after a brief illness. He was born on 1/2/22 to John and Amelia Mihelich in Colorado Springs, Colorado. He was the oldest of 3 children with 2 sisters, Elsie and Helen. He spent his growing years in the Colorado Springs/Cascade area. He was an excellent student and graduated from HS at age 16, then went on to college at Colorado College where he earned a Bachelor's degree in physics at the age of 20, graduating in June 1942. WWII was in full swing at this point, and John enlisted in the army in November 1942 and served in the South Pacific in the Army Signal Corps initially as a 2nd lieutenant and later as a 1st lieutenant. He was stationed in the Philippines and Guam and when asked, shared many stories of his experiences. He served in the Army until December, 1945. After the war, he enrolled in graduate school at the University of Illinois in Champaign Urbana where he later earned his PhD in physics, with his specialization being nuclear physics. It was in graduate school that he met his future wife, Jeannette (Jan) Van Osdol, who was also a graduate student in physics. They married on December 22, 1946 after a 6 month courtship and 3 years later were blessed with the birth of their first child, their son, John William, Jr. (Bill). They moved to Stony Brook, New York where John completed post graduate work at Brookhaven National Lab, and where their 2 daughters were born, Kathryn (Kathy) and Peggy. They moved to South Bend, Indiana in 1954 to raise their 3 children and where John was a physics professor at the University of Notre Dame for 30 years, where he taught, did research and worked closely with graduate students. He was an accomplished and well respected physicist and early in his career, spent his summers doing research at various government laboratories: Argonne National Laboratory, Oakridge National Laboratory and Lawrence Berkeley National Laboratory. Over the years he attended or presented at many international conferences including in Copenhagen, Moscow, Dubna and Paris, to name a few. At one point in his career, he was the Editor of Physical Review for 3 years and evaluated proposals for the National Science Foundation. He retired from Notre Dame in 1987 after 33 years, and became very active in the ND Credit Union, enjoying the challenge and stimulation of finances and investing money. He served as the volunteer Chair of the board at the ND CU from 1988-2009. He and his wife Jan shared many of the same interests; they loved to travel and over the years traveled to Greece, China, Yugoslavia, Russia and enjoyed camping in their motor home. They shared a love of opera and classical music and attended the symphony in South Bend for many years and were active members of the Symphony Guild. They enjoyed going to the music events at Notre Dame on a regular basis. They moved to Ft. Collins, CO in 2012 in order to be closer to their daughters, and moved into a cottage at Rigden Farms where they immediately became active in the life at RF, exercising 4-5 times a week, attending history lectures and making many good friends. John served as the Resident advisory chair for a couple of years and enjoyed participating and lending his leadership skills. They found a home at the Christ United Methodist church in large part due to their admiration and fondness for Pastor Nancy Boswell. John and Jan were married for almost 70 years. Jan passed away in May of 2016 and John missed her dearly in the past 10 months. John was a social and friendly man who loved family gatherings and as an ex-professor, enjoyed the stimulation of talking to others, particularly bright young people. He was a generous and loving man with little tolerance for ineptitude. He greatly valued intelligence and valued family. He will be dearly missed. John was preceded in death by his wife Jan and is survived by his son, John William Jr. (Vicki) of Surprise, Arizona; his daughter, Kathryn Mihelich Helms (John) of Fort Collins, Colorado; his daughter, Peggy Mihelich (Eric) of Lakewood, Colorado and sisters, Elsie Armstrong (Parker, CO ), Helen Holmgren (Colorado Springs) and many beloved nieces and nephews. He loved his family and cherished his children and grandchildren: Tracy (Todd) Geer, Erin (Dave) Eggers, Emily (Tony) Marvel; David (Gina) Helms, Jason (Corie) Helms, Jeffrey (Trisha) Helms, Emily Bostwick-White (Jesse) White, Molly (Nick) Zamucen; and 12 great-grandchildren. There will be a service at Christ Methodist Church at 2pm Wednesday, March the 15th. In lieu of flowers donations may be made to the Cat Rescue Society or the Notre Dame Physics Department scholarship fund. Family and friends are invited to sign the online guestbook or leave a personal note to the family at www.allnutt.com.

Published by South Bend Tribune on Mar. 14, 2017.
To plant trees in memory, please visit the Sympathy Store.
MEMORIAL EVENTS
Mar
15
Service
2:00p.m.
Christ Methodist Church
CO
Funeral services provided by:
Allnutt Funeral Services-Fort Collins
MAKE A DONATION
MEMORIES & CONDOLENCES
Sponsored by Allnutt Funeral Services-Fort Collins.
3 Entries
May God comfort and bless you during this difficult time. John and Jan were good friends at Rigden Farms Senior Living, especially at meal times .
Virginia Greaige
March 18, 2017
I am sorry to hear about the death of your father. What an amazing person. My deepest sympathies go out to you and all of your family.Sincerely, Janet Yeager-Maciulski
Janet Yeager-Maciulski
March 16, 2017 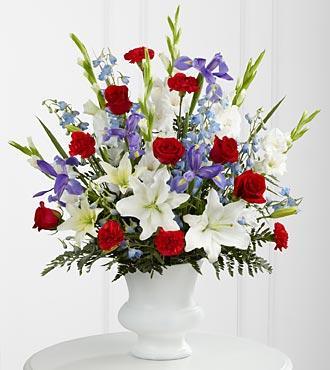