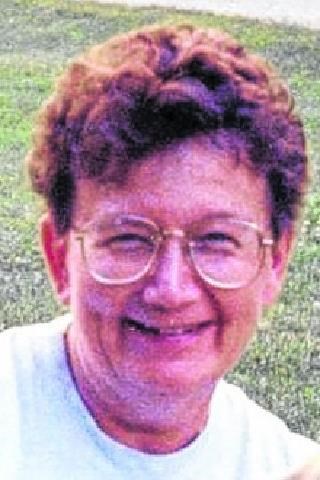 LEO, IN - Nancy Lynn Lott Julius passed away on July 25, 2016 at Betz Nursing Home in Auburn, IN. Nancy was born in Mishawaka, Indiana, on August 6, 1937 to Charles and Dorothy (Dickensen) Lott. She graduated from Mishawaka High School in 1955 and attended Purdue University where she met her future husband, Gordon E Julius, Jr. They were married in 1957. Nancy was the mother of three sons and in 1967 the family moved to Leo, Indiana, where she lived until her death. Nancy was predeceased by her husband and her parents. She is survived by her sons Gordon III of Holland, MI; Charles (Cindy) of Duxbury, MA; and James (Laura) of Leo, IN; five grandchildren and one great-granddaughter. She is also survived by her sister and brother-in-law, Deanna and Michael Harvey of Dayton, OH, and by one niece and one nephew. Nancy graduated from Purdue University with her license as a Registered Nurse. She worked at Leo High School as a paraprofessional and was later employed by Parkview Hospital until her retirement. Nancy was a basic EMT as well as a former member of Cedar Canyon VFD ambulance crew. She also was a graduate of the Allen County Indiana Sheriff's Department Citizen's Academy for Community Crime Watch. A graveside service will be at 10 AM Friday July 29, 2016 at Highland Park Cemetery in Fort Wayne. Memorials may be made to AHA, MDA, a volunteer fire department of your choice, the military memorial fund of your choice or any humane shelter. Feller and Clark Funeral Home of Auburn is assisting the family with arrangements. To send condolences visit www.fellerandclark.com.

Published by South Bend Tribune on Jul. 26, 2016.
To plant trees in memory, please visit the Sympathy Store.
MEMORIAL EVENTS
To offer your sympathy during this difficult time, you can now have memorial trees planted in a National Forest in memory of your loved one.
Funeral services provided by:
Feller & Clark Funeral Homes
MAKE A DONATION
MEMORIES & CONDOLENCES
2 Entries
JIM AND LAURA, sending you my deepest sympathy and love. May God walk you thru your darkest days and dry your tears, knowing she has served him well in her service to people! God has given her peace!
July 28, 2016
Are we always going to lose loved ones ? 1 Corinthians 15:26.
July 26, 2016
Showing 1 - 2 of 2 results