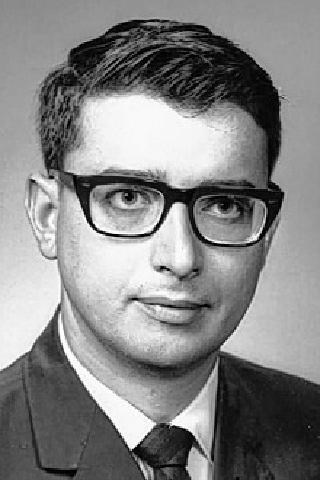 MISHAWAKA - Peter R. Rossi, 79 years old, died in Spokane, WA on June 21 after a long illness. Mr. Rossi devoted his life to teaching young people how to play piano until poor health forced him to retire. He was born August 11, 1936 in Mishawaka. He was a graduate of Mishawaka High School and Indiana University's School of Music. He is survived by a sister, Anna Lee Rossi of Granby, MA; sons, Thomas of Mesa, AZ and Raymond of Louisville, KY, three grandchildren and two great-grandchildren. Cheney Funeral Chapel in Spokane handled local arrangements. Memorial contributions may be made to The Michael J. Fox Foundation for Parkinson's Research.

Published by South Bend Tribune from Jun. 28 to Jul. 3, 2016.
To plant trees in memory, please visit our Sympathy Store.
MEMORIAL EVENTS
To offer your sympathy during this difficult time, you can now have memorial trees planted in a National Forest in memory of your loved one.
MAKE A DONATION
Please consider a donation as requested by the family.
MEMORIES & CONDOLENCES
1 Entry
I will remember Peter both as a good friend and as the person who taught me to love the slow process of learning a new piece of music. He taught as much by example as by word: his love for the piano always shone through clearly. He was unfailingly patient, encouraging, and warm-hearted. He will be missed.
David Rogers
July 7, 2016
Showing 1 - 1 of 1 results