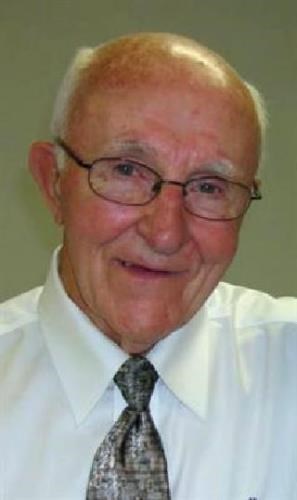 Dr. Abel was a 1942 graduate of Wakarusa High School. He then attended Goshen College for 2 years before joining the United States Army and serving overseas during WWII. After returning home from the Army he graduated from the Indiana University School of Medicine in 1950.

Dr. Abel began his medical practice in Wakarusa, July 1, 1951 and in 1957 built the Wakarusa Medical Clinic. In 2010 he opened the WaNee Medical Walk In Clinic, continuing to practice until December 27, 2016.

Dr. Abel was a member of AMA and Indiana Medical Association for over 60 years. He was a member of the Elkhart General Hospital staff for over 66 years. He proudly delivered approximately 10,612 babies to local families. He served as the Medical Director for Bashor Home of the United Methodist Churches for 60 years. In 1995, he was elected to the Elkhart County Sports Hall of Fame for his years of service as team medical doctor and in 1996 was elected to the Indiana Football Hall of Fame.

Dr. Abel's love for his hometown of Wakarusa was shown in many areas. He was a member of the Wakarusa Chamber of Commerce, Wakarusa Lions Club, Historical Society, and Friends of the Wakarusa Public Library. In 1989 he was instrumental in Miller's Merry Manor coming to Wakarusa and building a 132 bed nursing home, and in 2000 adding a 40 unit assisted living complex. He served as the medical director for these facilities. In 1989, he developed Orchard Park for 19 new homes and Orchard Park Apartments. In 1982, he bought the closed Wolfberg Stores in Wakarusa and renovated them into offices and retail stores to serve the town. In 1999 he was honored as the Citizen of the Year by the Wakarusa Chamber of Commerce. In 2013, WaNee Community Schools dedicated and named the NorthWood Middle School football field “Doc” Abel Field in honor of his life-long commitment and service to our communities.

Dr. Abel was appointed by the Judge of Elkhart County in 1962, to develop the WaNee School System under the new School Reorganization Act and served on the school board for 34 years - 18 years as the president, which is one of the longest tenures in Indiana.

Dr. Abel was active in Indiana 4-H since 1934 as a member, leader, and advisory board member. He was a past president and was still serving as a member of the Elkhart County 4-H Board, and the review and expansion committee. From 1980 to 1986, he served on the Indiana 4-H Foundation Board and served his last 5 years as president. This board also serves with the Dean of Agriculture of Purdue University. In 1985, he was awarded the Outstanding 4-H Alumni Award by Purdue Extension Service. In 1985 he was elected to the Hall of Fame for State and County Fairs.

Dr. Abel was the recipient of 3 Sagamores of the Wabash awarded by 3 different governors and in October, 2016 was a Torch Bearer for the Indiana Bicentennial Torch Relay.

Family and friends may call from 2-8 Monday, January 16, 2017 at the NorthWood Middle School Gymnasium in Wakarusa and for 2 hours prior to the funeral service which will be at 7pm, Tuesday, Jan. 17th.

Memorial contributions may be given to the Dr. Robert Abel memorial fund.

My husband Gale and I have so many fond memories of Doc.

Wishing peace and sympathy to all who knew and loved Doc, especially his family. 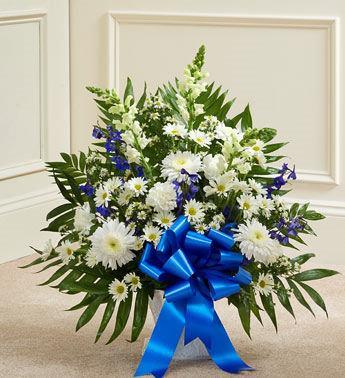 Paris Bryan
January 16, 2017
I don't know what else to say, It has all been said previously in this guest book. I think Dr. Abel was a GREAT man, doctor, friend and confidant. Thank you for all your doctoring, and help you have given me through the years. You will be sorely missed. REST IN PEACE
Doug Heil
January 16, 2017
We will always remember his gentle voice and giving heart. He was always able to lift a broken spirit and took the time with each one of us no matter how busy he was. We suffer with you in this great loss of one who was so loved by so many. May our Lord's grace be with you.
Douglas Scheets
January 16, 2017
Randy and the entire Abel family,

We have lost a 'gem' of a man. I am so sorry for your loss.
Natalie Gryscha
January 16, 2017
Thanks Doc for all you did for the world! We are all better for having known you and the example you set will live on in your family and in the 4-H members you touched. Rest in peace and watch over us.
Shelly Bingle
January 16, 2017
An inspiration to so many.
Godspeed to a brave, humble, sweet man
Craig Morehead
January 16, 2017
Rest In PEACE Dear Soul. I will miss you always.
Brenda Wrisley
January 16, 2017
If there was ever a man whose calling in life was a healer, it is Doc Abel. The epitome of love, caring and wisdom in his calling. Whenever I think of him, I smile. He warmed your heart and soul and ALWAYS made you smile, no matter how bad you felt. He had that "something special" about him. The country doctor that made house calls? NO WAY! Yes way!!!! The good old fashioned down home kind of doctor. What a blessing he has been to so many, in many different aspects. He helped me and my little family through all kinds of sickness for many years. We moved here from Alabama in 1980 and while living on Beech Road in Wakarusa, discovered this gem of a soul. Our new doctor. There aren't enough words to thank him for the GOOD he has blessed so many with in his journey here on earth. Heaven has gained another angel. And he is reunited with his Sweetheart. Smile when you remember him. I bet that is what he would want us all to do. Deepest sympathy to his family. Oh and as he always told me, "Drink lots of water." Will do doc. You always knew best! Here's to you my friend.. Love you always...RIP dear soul. You will be missed. <3
Brenda Wrisley
January 16, 2017
Doc Abel delivered all 3 of my children and has been my Dr. for 46 years!!! He was an amazing man and there will never be another like him!!! You are missed by many!!! Prayers for his family. Thank you for sharing him. RIP DR ABEL
Sheila Smallwood
January 16, 2017
Now my parents can welcome him to heaven. He took such good care of them that Daddy lived until 94 and Mother til 86. For years he would come to their home and provide the care they needed. The night before mother died, he came to Milllers Merry Manor and told me she was near the end. He did so much for so many. It is with gratitude that I extend sympathy to his family.