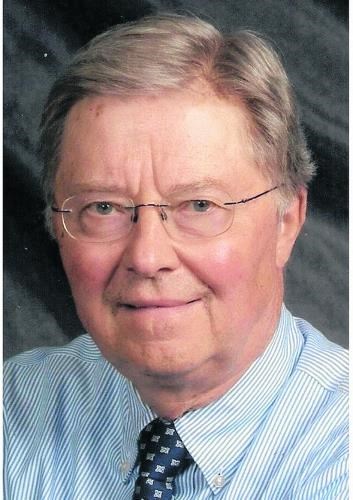 Steven Homer Prince, 75, passed away on December 6, 2020 at Beacon Memorial Hospital in South Bend, from complications of COVID-19. Steve was born June 24, 1945 in Massena, New York, to Harry Leonard and Helen Lucy (Farnsworth) Prince. He graduated from Massena High School in 1963. He was inducted into the Massena High School Hall of Fame for the 1962 championship baseball team for which he was the starting third baseman.

He attended Cornell and Clarkston Universities, graduating in 1968 with a bachelor's degree in economics. He spent the next several years in New York City working for the welfare department waiting to be drafted. While in New York City he attended Woodstock and the seventh game of the 1969 World Series. After not being drafted he accepted an offer from Purdue University where he worked as a graduate assistant and earned a master's degree in economics.

After graduating he followed in his father's footsteps and decided to pursue a career in the newspaper business. He sent ten letters a day until he was offered a position with the Plymouth Pilot. During his time with the Plymouth Pilot he worked as a reporter and served as editor of the Bremen Enquirer. After honing his skills, he was hired by the South Bend Tribune. During his 33 years at the South Bend Tribune he worked in many different capacities, his favorite being copy editor. He was extremely proud of working for the South Bend Tribune and stated it was a noble profession. He subscribed to at least five daily newspapers and numerous other news sources into retirement and never stopped copy editing. Relationships with people were extremely important to Steve. His work colleagues developed into life-long friendships. He delighted in participating in Tribune social groups, including softball, bowling, and the running team. After retirement he remained close to his Tribune family participating in various activities including rarely missing a weekly meeting of “the Two Beer Club trivia team”.

At the Tribune, he met his one and only love, Mary Lou (Olson) Prince. After a nine-year courtship, they were married December 22, 1990, at First United Methodist Church in South Bend. They would have celebrated 30 years of marriage this December. They had countless adventures together, including traveling to Great Britain, Italy, Alaska, and Hawaii, simultaneously traveling to Hawaii to see a Purdue football game. They enjoyed Purdue football and have been season ticket holders for 30 years, following the team around the country including the 2001 Rose Bowl. After retiring, they traveled annually to Tucson every spring.

While growing up in Massena, he developed his long-lasting love of sports excelling in both baseball and hockey. Throughout his life Steve played, watched, or read about baseball as much as he could. Steve's enthusiasm for baseball never waned, evidenced by his vast knowledge of everything baseball related. In fact, he was playing in the Mishawaka Over 62 Senior Softball League at the age of 75, winning six consecutive championships.

Steve was uniquely dedicated to living a wholesome lifestyle. He ate three balanced meals a day, always got eight hours of sleep, and exercised regularly. He was extremely passionate about running, completing eight marathons and 100s of 10K races. Steve was active at St. Paul's Memorial United Methodist Church. He was generous to all who asked for his help and contributed to numerous charities, many of which his family was unaware. Not only was he financially generous, he was generous with his time. He was a committed Volunteer helping others at Beacon Memorial Hospital for the past ten years.

If ever a surname matched the character of its bearer, it's his. Steve's sense of humor, his breadth of knowledge, and his willingness to share both in abundance are memories that his family and friends will treasure forever. Conversations with Steve were rarely about Steve. He was always interested in you. If it was ever about someone else, it was more than likely about Mary; something they did or someplace they went together. Steve took pride in taking care of his family. No matter what the situation, he was always supportive. Steve is survived by his wife Mary Lou; stepchildren, Cynthia Jay (Bruce Krueger) and Dennis Jay Prince; two grandchildren, Joseph and Mary Elizabeth Powell; and numerous Prince family cousins.

As a result of the global pandemic there are no services currently scheduled, but a celebration of Steve's life is being planned for a later date. Memorial contributions may be made to COVID-19 Response Fund in Steve's name, either online or via mail. If a gift is made online please designate on the online form to direct it to COVID-19 Response Fund. https://foundation.beaconhealthsystem.org/give-now

If a gift is mailed please write COVID Response in the memo line on the check. Beacon Health Foundation, 615 N. Michigan Street, South Bend, IN 46601-1033. To send your private condolences to the family or to share a memory log on to: www.McGannHay.com.

To plant trees in memory, please visit our Sympathy Store.
Published by South Bend Tribune on Dec. 13, 2020.
MEMORIAL EVENTS
No memorial events are currently scheduled.
To offer your sympathy during this difficult time, you can now have memorial trees planted in a National Forest in memory of your loved one.
MAKE A DONATION
MEMORIES & CONDOLENCES
6 Entries
Mary, I am so sorry for the loss of your Steve. I grew up in Massena too and remember him as a kind and caring person. I knew him in high school and our families went to the same church. That he became such a stellar human being is no stretch of the imagination. The world has lost a lovely man.
Madeline Martin Kingston-Park
Friend
December 16, 2020
Many fond childhood memories of Steve and his family, as they were neighbors living up the street from my family on Bridges Ave. It was not uncommon on a summer day to see Steve on our front porch waiting for my Dad Jim Long to give him a ride to Alcoa Field for baseball. It was a pleasure to see Steve at his baseball team induction into our Hall of Fame in Massena. Thoughts and prayers to his family.
Martha l Slack
Friend
December 14, 2020
Many fond memories of Steve and his Family as they lived just up the street. Not uncommon in the summer months to find Steve on our front porch waiting to catch a ride to Alcoa field with my Dad Jim Long. I*t was a pleasure to see and speak with Steve when his baseball team was inducted into our Hall of Fame. My thoughts and prayers for his family.
Martha L. Slack
Neighbor
December 14, 2020
I was honored to work with Steve from 1990 to 1998 at The South Bend Tribune and call him a friend. Steve was a top-notch newspaperman and an even better human being, a rarity in journalism.

My deepest condolences to Mary, his family, our Tribune colleagues and all of Steve's friends. May he rest in peace.
Matt Schmitz
Coworker
December 13, 2020
I had the honor and pleasure of working with Steve at The Tribune for many years. I will always remember his kindness and gentleness, his loyalty to friends and family, his dedication to journalism and his love and knowledge of baseball. My prayers go to Mary and family.
Matt Galbraith
Coworker
December 13, 2020
My sincere condolences to Mary, Dennis and Cindy. As well as the entire Prince family. I had the distinct pleasure to know Steve through Dennis for 25 years. I have never met a man with such a kind and gentle spirit. He would always call me by my nickname with a big smile and ask me about my family and parents. He will be sorley missed by a great many people.
Andrew Gramarossa
Friend
December 13, 2020
Showing 1 - 6 of 6 results