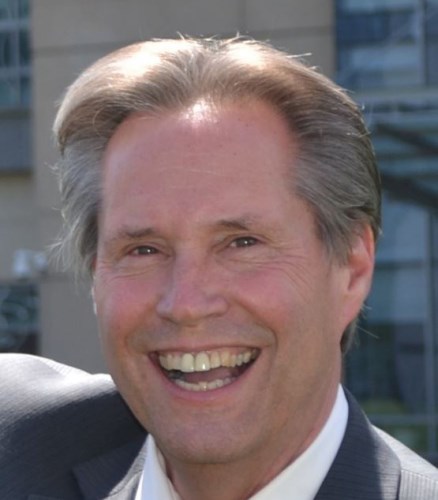 FUNERAL HOME
Chapman Funerals & Cremations - Bridgewater
98 Bedford Street
Bridgewater, MA
Richard McMullen, age 69, affectionately known as "Rick", died in his home August 3, 2021, after a valiant battle with glioblastoma. Rick was the loving son of the late William and Amelia McMullen and proudly grew up in the West End of Boston and Arlington. Rick was a graduate of Matignon High School, Class of 1969, where he swam varsity and developed a talent for rock and roll saxophone and flute. During the 1970s, his life revolved around music as he played full-time with the rock and roll showband, "Lewis & Clark Expedition". While touring local venues in the early 1970s, he met his future wife Sandy, and the two dated for many years before marrying on March 19, 1978. Rick and Sandy raised their children in Bridgewater and when the boys were young, Rick launched his legacy as "Super Dad" as he volunteered as a scout leader, coached Little League, and brought his family to every museum, music venue, and outdoor space New England had to offer. Rick's love of music never faded, but with a family to support he turned his attention to the diamond and jewelry trade, which he learned at Simpson's Pawn Shop in Boston. Rick cut his own, 30-year path in the jewelry business as a private dealer. Eventually, his underlying artistic streak developed into a passion, and he found a new talent for plique-a-jour enameling in the Art Nouveau style. He served as a longtime board member of The Enamelist Society, where he championed appreciation for self-taught artists, and eventually revived the lost art of en resille sur verre through pure grit and determination. All the hard work and dedication Rick put into his jewelry business paled in comparison to the time and love he put into his family. Rick's "Super Dad" qualities only grew over the years, and by the time he became a grandfather, he was one of the best. Sandy and Rick travelled monthly to visit their boys in South Carolina and San Francisco. He was the quintessential father and Rocksteady; he loved making the grandkids laugh with his "sliding thumb trick" or just being his silly, fun self. He will be missed by all who knew him. Rick was the loving husband of Sandy McMullen of Bridgewater and loving father of Mike McMullen and his wife Becca of Columbia, South Carolina and Kevin McMullen and his fiance Katie O'Reilly of San Francisco, CA. "Rocksteady" of Amelia and Matthew and dear cousin of Diane Wells of FL. All are cordially invited to the Chapman Funeral Home, 98 Bedford St., Bridgewater, on Monday, August 9, for a visitation period from 4 pm to 7 pm. A funeral service will be celebrated at Mt. Auburn Cemetery, 580 Mt. Auburn St., Cambridge - Story Chapel, on Tuesday, August 10, at 11 am. The family will greet guest between 10 am and 10:45 am. Rick's family request anyone attending his services, please wear a mask. Donations in Rick's memory may be sent to Glioblastoma Foundation, P.O.Box 62066, Durham, NC 27715, or visit glioblastomafoundation.org. Chapman Funerals & Cremations Bridgewater
Published by The Enterprise on Aug. 5, 2021.
To plant trees in memory, please visit the Sympathy Store.
MEMORIAL EVENTS
Aug
9
Visitation
4:00p.m. - 7:00p.m.
Chapman Funerals & Cremations - Bridgewater
98 Bedford Street, Bridgewater, MA
Aug
10
Visitation
10:00a.m. - 10:45a.m.
Mt. Auburn Cemetery
580 Mt. Auburn St., Cambridge, MA
Aug
10
Funeral service
11:00a.m.
Mt. Auburn Cemetery
580 Mt. Auburn St., Cambridge, MA
Funeral services provided by:
Chapman Funerals & Cremations - Bridgewater
MAKE A DONATION
MEMORIES & CONDOLENCES
Sponsored by Chapman Funerals & Cremations - Bridgewater.
1 Entry
So sorry for your loss my mom loved you and Rick so much. Our thoughts and prayers are with all of you.xoxo Lynne Thomas(Richardson)
Lynne Thomas
August 7, 2021
Showing 1 - 1 of 1 results