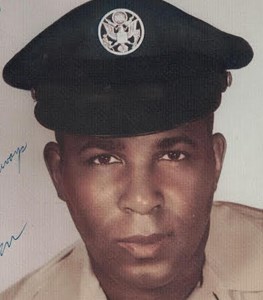 BORN
1932
DIED
2018
ABOUT
Brockton High School
FUNERAL HOME
Davis Funeral Home
654 Cummins Highway
Mattapan, MA
Thomas Edgar Johnson departed this earthly life, at age 85, on March 14, 2018, also known as Pi Day. And boy did he love pie. He was a deep thinker and a giving soul, so its fitting that hes eternally associated with a day that celebrates sweets and science. Southern Comfort was his drink of choice. He always left behind a bottle as a parting gift for those lucky enough to receive him as a guest. Thomas, also known as Edgar and Tommy, was born in Boston, May 29, 1932. He was raised in Roxbury by his mother, Ida (Turner) Battle of South Carolina, and his father, Arthur Johnson of Maryland. He started playing basketball at the Boys & Girls Club of Boston during his middle school years and was called "Radar" because of his shots. Edgar continued playing basketball twice a week with friends at the Brockton YMCA until he was 79. He graduated from Boston English High School and enlisted in the Air Force in 1950, during the Korean War, and served honorably through 1954. He went to college on the GI Bill and received his undergraduate degree in Journalism from Boston University. He later received his master's degree in Education from Boston State College. Around 1958, Thomas met the love of his life, Virginia (Wilkins) Johnson at a dance. In 1959, he re-enlisted in the Air Force and served honorably through 1963. He and Virginia married in 1962. They lived in Bridgewater, where they built their life and raised their two children, Lisa Johnson and Jomo Johnson. They always celebrated birthdays and holidays together and enjoyed many family trips. Working on his family tree was a favorite pastime. He made sure that all family members knew the history and provided pictures to help with the story. An English teacher for Boston Public Schools for about 26 years, he also taught at Brockton High School for about 20 years. He loved his students and truly enjoyed teaching. Later in life he learned Spanish, went on sabbatical in Spain and became fluent. He then taught English as a second language. Thomas lived life to the fullest. He is survived by his wife, both his children, many nieces, nephews and friends. His siblings, William Johnson, Constance Thompson, Peggy Allen and Elizabeth Dean predeceased him. Services to celebrate his life will be on Saturday, March 24, 2018, 10 a.m., at the Church of the Holy Spirit, 525 River Street, Mattapan. Interment Forest Hills Cemetery, Boston. In lieu of flowers, donations in his memory to the United Negro College Fund would be appreciated. To post a sympathy message, visit www.DavisofBoston.com.
Published by The Enterprise on Mar. 22, 2018.
To plant trees in memory, please visit the Sympathy Store.
MEMORIAL EVENTS
Mar
24
Celebration of Life
10:00a.m.
Church of the Holy Spirit
525 River Street, Mattapan, MA
Funeral services provided by:
Davis Funeral Home
MAKE A DONATION
MEMORIES & CONDOLENCES
Sponsored by Davis Funeral Home.
3 Entries
May this good man's family remember him as he was, a great man.
Jerry Horton
March 23, 2018
I was fortunate to get to know Mr. Johnson while working with him at Brockton High School. He was a wonderful man who worked so well with kids especially the neediest ones. He was always caring and compassionate. My sincere condolences to his family. I am a better person for knowing him.

Mike Thomas
Deputy Superintendent
Brockton Public Schools
March 22, 2018
I didn't know Mr. Johnson but that was the best written obit I have ever read.
March 22, 2018
Showing 1 - 3 of 3 results