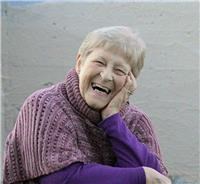 FUNERAL HOME
Shepherd Funeral & Cremation Service
216 Main St
Kingston, MA
Bernice A. "Bunny" O'Neil, 73, of Kingston, beloved wife of the late Stephen O'Neil, passed away peacefully on Sunday, July 11, 2021 She is survived by her sons, Stephen of Kingston, and Michael and his wife, Brandi, of Plympton. She is also survived by her beloved grandchildren, Billy and Nina O'Neil, as well as many nieces and nephews. Bunny is also survived by her sister Barbara Watts, and her sister-in-law Lesta Freeman. Bunny was the daughter of the late Valentina and Alfred Freeman. She leaves many treasured friends behind. Bunny was born in Pembroke and graduated from Silver Lake Regional High School, class of 1965. She and Steve were high school sweethearts, married in 1966 and raised their boys in Kingston. Over the years, Bunny worked as a waitress, bank teller and held office jobs, when the boys were younger. She later went to work for many years at So. Shore Hospital in the patient accounts department, and then Blue Cross Blue Shield prior to her retirement. Her greatest joys were her family. She treasured her time spent with them and enjoyed watching her grandchildren grow, and going to as many sports games as she could. In lieu of flowers, memorial donations may be made to: PKD Foundation (PKD Foundation) Foundation, P.O. Box 871847, Kansas City, Missouri 64187. A funeral Mass will be held at 10:30 a.m., on Friday, July 16, 2021, at St. Joseph Church in Kingston. For online condolences please visit: www.shepherdfuneralhome.com.
Published by The Patriot Ledger on Jul. 14, 2021.
To plant trees in memory, please visit our Sympathy Store.
MEMORIAL EVENTS
Jul
16
Funeral Mass
10:30a.m.
St. Joseph Church
Kingston, MA
Funeral services provided by:
Shepherd Funeral & Cremation Service
MAKE A DONATION
Please consider a donation as requested by the family.
MEMORIES & CONDOLENCES
Sponsored by Shepherd Funeral & Cremation Service.
1 Entry
In Behalf of the Classmates of 1965 at SLRHS, we wish our deepest sympathy to the O'Neil and Freeman family in the passing of our beloved friend and classmate Bunny.
Linda Robbins Porazzo
School
July 18, 2021
Showing 1 - 1 of 1 results