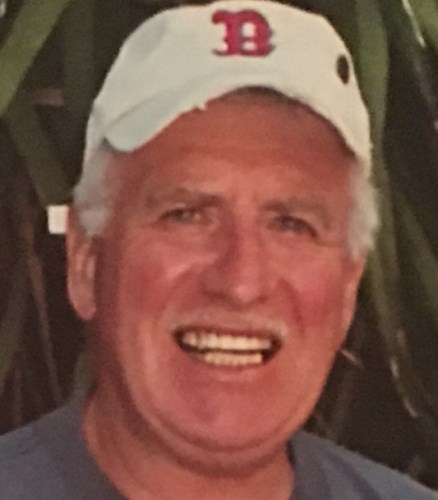 FUNERAL HOME
William F. Spencer Funeral Service
575 E Broadway
South Boston, MA
Daniel James Kane of Quincy died peacefully, surrounded by family on July 22, 2021. Born in South Boston, on December 29, 1940, to Daniel and Marie (Butler) Kane, Dan had many fond memories of growing up in a large, close-knit family of Irish immigrants with friends that seemed to have always been up for an adventure. Dan graduated from South Boston High School in 1958 and went on to proudly serve in the U.S. Army. Having had the chance to travel while stationed overseas, Dan set off to California for college and graduated from California State, Long Beach, with a degree in archeology. He met the love of his life, Kathleen, while they were working at the Long Beach VA Hospital. After an extended honeymoon traveling through Europe, Dan and Kathy returned to Southern California and settled down in the beach enclave of Belmont Shores. Dan's heart had always been in Boston so in 1971, Dan and Kathy loaded their VW Bug with all of their belongings and Kathys brother, Pat, and set off for a road trip across the U.S. They settled in South Boston, just down the street from Dan's family and soon started a family. They quickly outgrew their apartment and bought an old house at a great location in the Merrymount neighborhood of Quincy and then spent the next 30 years updating and expanding it while raising 6 kids. Their home was known for being the place to gather for celebrations and to turn to in times of need, often chaotic with kids, projects and pets in all directions and where all were accepted and supported. "Big Dan" and Kathy were unendingly optimistic and generous even in the face of great challenges. Dan worked nights at the Post Office in Boston, only retiring to care for his beloved wife Kathleen when she fell ill and died in 2011. Dan's fondest memories were of family gatherings and vacations that always included cousins, brothers, sisters and friends. He was the beloved brother of John of Quincy, Thomas and his wife Susan of South Boston, Theresa of Quincy and William and his wife Patricia of Wilmington. His nieces and nephews were loved as his own children and brought him the greatest joy and comfort through his final days. Dan devoted his life to raising his children and being the backbone of the family. He worked nights, picked up overtime and taught swim lessons to adults at the YMCA in Boston. His children were raised knowing that there were no obstacles to achievement if they were willing to put in the work. Even with his schedule, Dan rarely missed a soccer, basketball or baseball game, wrestling match, musical performance, ballet recital, awards ceremony and coached his son Dans championship winning Little League team. He was an avid handball player and loved to swim. Dans older kids remember going to the YMCA with him as small children and taking turns sitting on his back as he swam laps. Of all the teams Dan played for and cheered on, he was a lifelong Red Sox fan. He was known for singing "Take me out to the ball game" as a lullaby to his children and grandchildren, teaching them to cheer for the Red Sox. Dan, Dad, Grandpa will be missed beyond words by his children and grandchildren. There has never been a celebration, tragedy or moment when good advice was needed that he hasn't been the first person called. His children, Kathleen McGrattan and her husband Michael of San Diego, Ann Marie and her husband Mathew McNamara of South Boston, Janet and her late husband Clint Antar of Quincy, Daniel and his wife Jill of Quincy, Mary of Weymouth and Laura of Worcester are forever grateful for their father's never ending generosity, wisdom and support. His grandchildren, Hope, Ashlynn, Kelsey, Desmond, Alana, Alex, Clint, John and Gigi knew that Grandpa was always on their side, up for an adventure and believed that any time was a good time for an ice cream. Visiting hours will be held on Sunday, August 1, from 4-7 p.m. at Spencer Funeral Home, 575 E. Broadway, South Boston. A Mass of Christian burial will be celebrated in St. Brigid Church, 841 East Broadway, South Boston, Monday August 2, at 10 a.m.
Published by The Patriot Ledger on Jul. 30, 2021.
To plant trees in memory, please visit our Sympathy Store.
MEMORIAL EVENTS
Aug
1
Visitation
4:00p.m. - 7:00p.m.
Spencer Funeral Home
575 E.Broadway, South Boston, MA
Aug
2
Funeral Mass
10:00a.m.
St. Brigid's
Funeral services provided by:
William F. Spencer Funeral Service
MAKE A DONATION
MEMORIES & CONDOLENCES
Sponsored by William F. Spencer Funeral Service.
3 Entries
I worked with Dan in the early 90´s on tour 1. He was an intelligent guy with a great sense of humor. My condolences to his family. Sincerely, Jim Doyle, GMF, Retired
Jim Doyle
July 31, 2021
My sincerest condolences to the Kane Clan ...... Dan was one of nicest and most respected souls to walk the Earth , I never heard a negative thing said about him , only what a great guy Dan was . He was chock full of good advise and common sense with his own well thought out standards . I remember him once telling me that these tough looking guys looked that way because they never won a fight and only looked tough because they were used as punching bags , ' it's the good looking guys you have to be wary of ....... it was a complete joy to know you Dan ..... you just might be my all time favorite ! Godspeed to a well deserved reward .......
Buck Murray
July 30, 2021
Dan will be greatly missed. Our condolences to all who loved him.
George and Claire Jameson
July 24, 2021
Showing 1 - 3 of 3 results