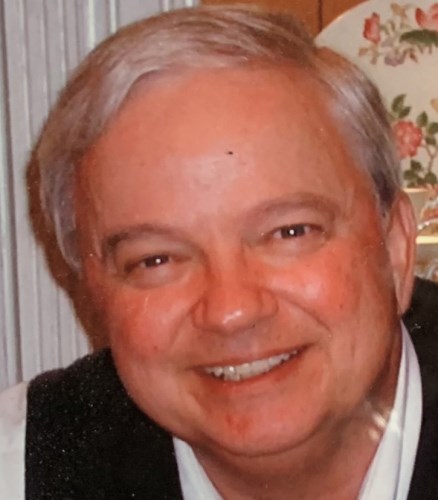 FUNERAL HOME
Cartmell-Davis Funeral Home
150 Court Street
Plymouth, MA
Francis Xaivier Ridge Jr., age 77, of Plymouth, passed away peacefully of natural causes on July 26, 2021. He was preceded in his death by his parents, Mary (nee Smith) Ridge, and Francis X. Ridge Sr., his brother Kevin Ridge. Frank grew up in Quincy and graduated from Sacred Heart High School in nearby Weymouth. It was at Sacred Heart that Frank met his lifelong sweetheart Mary Lois "Lois" Happeny, who eventually became his wife of 49 years, until her passing 3 years ago. In the late 1960s Frank entered the U.S. Army. As a cryptography specialist, he served with the 1st Cavalry Division in Vietnam where he was awarded the Bronze Star for his service. He proudly wore the emblems of the "1st Cav" throughout his life. After his honorable discharge, Frank worked his way through college and law school, earning undergraduate and law degrees at Suffolk University. After passing the bar exam, Frank made a career as a corporate lawyer working for the Grass Instrument Company of Quincy and later as an independent consultant. Over the years Frank and Lois resided in Massachusetts in Braintree, New Seabury, and Plymouth. More recently they spent much of their time in The Villages, Florida. Frank was a longtime motor boating enthusiast, avid world traveler, patron of the arts, and natural storyteller. In later years he parlayed his breadth of experience and love of human nature into the writing of fiction, and was an active and inspiring leader of the Writers Club in The Villages. Most notable of all, Francis Xaivier Ridge was a virtuoso of amiability. No room could contain his unforgettable outsized personality. In the very best way, Franks crackling Irish wit, twinkling blue eyes, and unfailingly warm personal rapport made an instant and lasting connection with everyone he met. His passing leaves behind beloved friends everywhere. Visitation will be held in the Cartmell Life Celebration Funeral Home, 150 Court Street Plymouth (near downtown) on Friday from 9 am - 10:30 am, followed by a funeral Mass in St. Peter's Church, Plymouth at 11 am Private interment in the Massachusetts National Cemetery, Bourne. Guest book at www.cartmelldavis.com.
Published by The Patriot Ledger on Jul. 29, 2021.
To plant trees in memory, please visit the Sympathy Store.
MEMORIAL EVENTS
Jul
30
Visitation
9:00a.m. - 10:30a.m.
Cartmell-Davis Funeral Home
150 Court Street, Plymouth, MA
Jul
30
Funeral Mass
11:00a.m.
St. Peter's Church
Plymouth , MA
Funeral services provided by:
Cartmell-Davis Funeral Home
MAKE A DONATION
MEMORIES & CONDOLENCES
Sponsored by Cartmell-Davis Funeral Home.
3 Entries
You were a great class president at Sacred Heart ! You and Lois were a great couple! I so enjoyed all the laughs we had! You fought the good fight, and now rest in peace!
Sister Kathleen Short csj
School
July 29, 2021
Frank was a dear friend and will be sadly missed by all who knew him, My late husband Richard and I worked with him at Grass for many years
diane robbins
Friend
July 29, 2021
Mr. Ridge, Sir, I would just like to say thank you for your service and sacrifice for our Country when you served with the U.S. Army in Vietnam as a member of the 1st Cavary Division-"The First Team!" And to your Family and loved ones, I wish to extend my deepest sympathy. Garry Owen!
Mike Casey
July 29, 2021
Showing 1 - 3 of 3 results