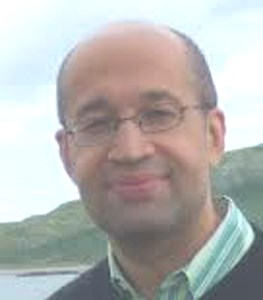 BORN
1962
DIED
2016
FUNERAL HOME
Frank E. Campbell The Funeral Chapel
1076 Madison Ave
New York, NY
Frederic David Bell, age 53, passed away with his family by his side on Saturday, April 16, after a valiant battle with colon cancer. Born April 29, 1962, in Boston, raised in Milton, Frederic was known to his family as David. The eldest of five children, David attended Thayerlands in Braintree and graduated from Thayer Academy in 1980. David attended Yale University and majored in science. After graduating from Yale University with a B.S. in Psych Biology, David worked in Boston at a mens homeless shelter. For several years, he worked at Little Brown Publishing house in Boston. David wrote for the newspaper, The Banner, and enthusiastically reviewed films. After relocating to New York city in 1994, David worked at EFA, Editorial Freelancer Association. He began tutoring as a hobby and found his calling; from 1995 onwards, he provided educational support to junior high and high school students living in New York. Known as the coolest tutor in New York, David was beloved by all of his students and their families for his dedication, intellect and teaching style. Married in 2010, he enjoyed traveling the world, with Rebecca, and visited China, Italy, Switzerland, France, England, Ireland; years earlier he had visited his grandmothers ancestral island of Monserrat in the Caribbean. David was a passionate New England Patriots fan, went to the Super Bowl once, came to love soccer and, in the summer of 2014, he fulfilled a lifelong dream of attending the World Cup in Brazil. A lover of films, David compiled a list of his 100 favorite movies of all time in his final weeks. He was predeceased by his mother, Dr. Anne Murray Bell. David leaves behind his wife, Rebecca Karl; his father, Fred C. Bell Jr.; his brother, Dr. Stephen Bell; and three sisters, Karen St. Vil, Sandra Bell Calhoune and Patricia Lemaine. He also leaves behind four brothers-in-law, Randolph Calhoune, Jerry St. Vil, John Ennis and Robert K. Massie; his mother-in-law, Dolores Karl; as well as two sisters-in-law, Judith Karl and Deborah Karl. David was a most loved uncle to a host of nieces and nephews.
Published by The Patriot Ledger on Apr. 27, 2016.
To plant trees in memory, please visit the Sympathy Store.
MEMORIAL EVENTS
To offer your sympathy during this difficult time, you can now have memorial trees planted in a National Forest in memory of your loved one.
Funeral services provided by:
Frank E. Campbell The Funeral Chapel
MAKE A DONATION
MEMORIES & CONDOLENCES
Sponsored by Frank E. Campbell The Funeral Chapel.
7 Entries
I met-up with David for a quick lunch just over a year ago when he was in Boston visiting family--he'd just bought a swanky pair of black dress shoes for an event he was attending with his family and was really happy. I loved hearing about his students, the good life in NYC, and most of all, the love in his voice and eyes when he said his wife's name, Rebecca. He shone. And I was so happy for him, for you both when he told me about the new home you shared.
I'm so deeply sorry for your loss Rebecca and to David's dad and all of his family. He was a very special man who made every person in his path feel special; his ability to make everyone smile or full on laugh, memorable.
You are all in my thoughts and prayers.
Cate Barr
May 12, 2016
I, too, came to know Dave while working at Little, Brown in Boston. His office was next to mine. We worked on similar books with similar colleagues. We became such good friends that we would just look at each other and laugh knowing what the other had in mind. After Little, Brown our contacts became sporadic, but we always took up where we left off when we did get together. My life is greater for having known Dave.

Lou Bruno
May 12, 2016
A good man has passed on. The eldest son of my good friend and soulmate Anne Bell, David was a also a friend. I will remember a man of intelligence, candor, grace and wit. He will be dearly missed. I pray for his peace.
Elizabeth Dorsey
May 6, 2016
My thoughts are with David's family and friends. I worked with him at Little, Brown in the late 1980s, and he was one of my favorite colleagues. Great at his job, but also fun to be with and never taking work pressures too seriously. Even at a young age, he seemed to have the right perspective on the important things in life. Wishing you all peace,
Elizabeth Willingham
April 29, 2016
David and I were friends for a while in Boston and Milton, way back in the 1980's. I moved to California and we fell out of touch. Around two months ago ( in 2016), I started having memories and reminders of my times with David that I hadn't had for 30+ years. I found him on FaceBook and sent a friend request. A week later he confirmed, and a week after that he passed on. I never knew he was sick and was stunned to find out he passed. I sincerely believe David's Strong Life Force affected my thought processes and subconscious, which led to the events described.
I remember him fondly and feel enlightened by the fortune of knowing him. R.I.P. my old friend.
Mike Buchanan
[email protected]
Mike Buchanan
April 28, 2016
What a beautiful obituary for an obviously well-loved man. I am sorry for your loss. Anna
Anna
April 28, 2016
My sincere condolences to your family. What a comfort it is to know that suffering is only temporary. Psalms 72:12-14.
April 28, 2016
Showing 1 - 7 of 7 results