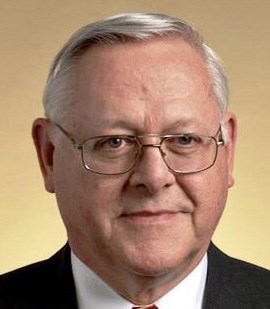 H. Robert Rob Huke III, a respected and admired man, passed away May 12, 2021, at 74. He was an honorable man who led a life of service to others. Born in Boston and raised in Quincy, the son of the late H. Robert Huke Jr. and Shirley M. Huke., he graduated from North Quincy High School in 1965 and received a BA from Eastern Nazarene College in 1969. In June of 1969 he married Janet M. Evans. They knew each other practically their entire lives. Together, they attended church, graduated from high school, married, had four children, and moved 12 times before settling in Hanson. Most importantly, they built a beautiful and loving life together. Rob volunteered for the Army and graduated from Officer Candidate School in 1970. He served 28 years, retiring as a Colonel. After the Army, he helped form The Task Force, Inc., providing consulting services to firms doing business with the federal government. An active Freemason, he was Master of Wollaston (now Rural) Lodge in 1996 and 2002. He was the presiding officer of Boston-Lafayette Lodge of Perfection from 2012-2014 and received the honorary 33 in 2013. In 2015 he was elected to the third highest position in the Grand Lodge of Massachusetts, Senior Grand Warden; for his service, he received the Henry Price Medal, the state's highest award. He enjoyed travelling, reading, and cooking. Above all, he loved being with his family. Rob is survived by his beloved wife, Janet E. Huke. Loving father of H. Robert Huke and his wife Hannah of Dedham, Laura Huke of Los Angeles, Joshua Huke of Hanson, and Joanna Hebert and her husband Victor of Dedham. Cherished grandfather of Elodie, Thea, and Wesley Hebert, and Harper, Vivienne, and Evans Huke. Devoted brother of Peter, Sterling, VA, and Wendy Abraham, Braintree. Esteemed brother-in-law and uncle. Family and friends are invited to a memorial service on Sunday, August 8, at the First Baptist Church of Wollaston at 3 pm. A Masonic service will be held at the conclusion. Contributions in lieu of flowers can be made to the Children's Dyslexia Center, 460 Newtonville Avenue, Newtonville, MA 02460, or the DDX3X Foundation, 1000 N West Street, Suite 900, Wilmington, DE 19801.
Published by The Patriot Ledger on Jul. 24, 2021.
To plant trees in memory, please visit our Sympathy Store.
MEMORIAL EVENTS
Aug
8
Memorial service
3:00p.m.
First Baptist Church of Wollaston
MA
MAKE A DONATION
MEMORIES & CONDOLENCES
1 Entry
Col. Huke, Sir, I would just like to say thank you for your years of dedicated service and sacrifice for our Country when you served with the U.S. Army-especially during the Cold War. Millions of Americans slept safe at night because you and your fellow Servicemen stood ready to defend our Country. And to your Family and loved ones, I wish to extend my deepest sympathy.
Mike Casey
July 26, 2021
Showing 1 - 1 of 1 results