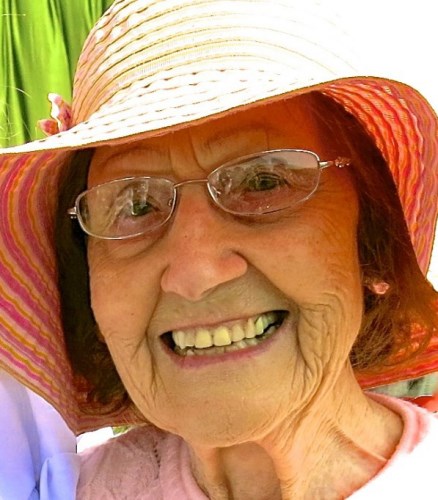 BORN
1926
DIED
2021
FUNERAL HOME
Shepherd Funeral & Cremation Service
216 Main St
Kingston, MA
Irene Bernice Bitters, of Duxbury, passed peacefully into heaven on July 22, 2021, one day short of her ninety-fifth birthday. Born in Newfoundland, Canada, in 1926, one of eleven siblings, she grew up on a farm with horse and buggy as their main means of transportation. Bernice moved to the United States when she was sixteen and became a U.S. citizen. She worked summers as a nanny on Powder Point in Duxbury while attending nursing school at Eastern Nazarene College. She met her future husband, Carl E. Bitters, a native of Duxbury, in her second summer as a nanny and Carl was the gardener for the estate. They married a short time later and lived on the bay in town, before building a home on the family farm in Duxbury where they lived for the rest of their lives. They raised two children and were founding members of the First Baptist Church of Duxbury. Bernice worked several years as a caregiver, and then many years as a nurse for South Shore Hospital in Weymouth. Later, she worked for Evans-wood Retirement Community in Kingston. Bernice was a devout Christian, encouraging people of all faiths to repent of their sins and put their faith and trust in Jesus Christ the savior. Bernice leaves behind her son, Capt. David Bitters and his wife Laura of Duxbury, and three grandchildren, Lucas-Parker Bitters and Juliana-Joy Bitters of Duxbury, and Chloe-Audrey Bitters of Tennessee. Bernice was predeceased by her husband, Carl E. Bitters, and her daughter, Cynthia-Marsha Bitters, both of Duxbury. A graveside service will be held Monday, July 26 at 1:15 pm. Mayflower Cemetery, Tremont St., Duxbury. Arrangements by Shepherd Funeral Home, Kingston.
Published by The Patriot Ledger on Jul. 24, 2021.
To plant trees in memory, please visit the Sympathy Store.
MEMORIAL EVENTS
Jul
26
Graveside service
1:15p.m.
Mayflower Cemetery
Tremont St., Duxbury, MA
Funeral services provided by:
Shepherd Funeral & Cremation Service
MAKE A DONATION
MEMORIES & CONDOLENCES
Sponsored by Shepherd Funeral & Cremation Service.
0 Entries
Be the first to post a memory or condolences.