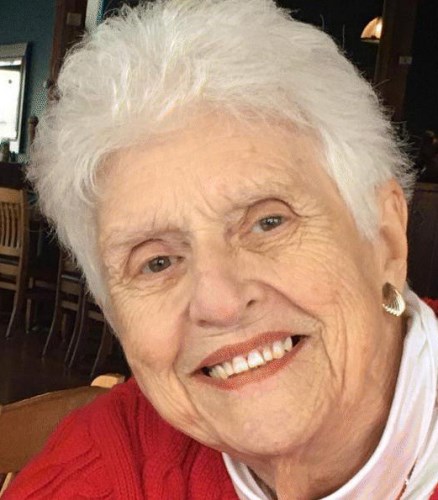 Janet M. Chalke (formerly Peterson), 88, of Williamsburg, Va., and formerly of Scituate, Mass., passed away on May 10, 2021. Her husband, Phillip W. Chalke, preceded her in death. After attending high school at the Academy of Holy Angels, in Demarest, N.J., Janet earned her BA from Rosemont College in Rosemont, Pa. She retired as an assistant to a district court justice, and was the former acting Town Manager of Cohasset, Mass. Janet was a devoted wife, a loving mother and grandmother, and a true and faithful friend, who for nearly 40 years, lived and raised her family in Scituate. She loved traveling and spending time at the ocean. During her years in Scituate, she enjoyed nothing more than spending the day with friends at Peggotty or Egypt Beach. An avid reader, she belonged to several book clubs. She enjoyed dancing, arts and crafts, including knitting for hospital patients and newborns, and talking politics and current events. She was also a generous supporter of various children's organizations, Catholic Charities, and liberal causes. She is survived by her children, Janet Spaulding (Harlan Spaulding) of Carver, Mass., Susan Peterson (Heather Scully) of Williamsburg, Va., John Peterson of Kiel, Germany, Sheila Peterson of Cape Coral, Fla., Neil Peterson of Wilton, Conn., Elizabeth D'Urbano (Todd D'Urbano) of Ashland, Mass., and Paul Peterson (Kim Peterson) of Chester, N.H. Her eight grandchildren, Harlan, Jonathan, Norah, Drew, Wesley, Jenna, Sean, and Alexis will also miss her. A funeral Mass will be held at St. Mary of the Nativity Church, 1 Kent Street, Scituate Harbor, on Friday, July 30, at 11 am. In lieu of flowers, please make a donation to your favorite charity.
Published by The Patriot Ledger on Jul. 24, 2021.
To plant trees in memory, please visit the Sympathy Store.
MEMORIAL EVENTS
Jul
30
Funeral Mass
11:00a.m.
St. Mary of the Nativity Church
1 Kent Street, Scituate Harbor, MA
MAKE A DONATION
Please consider a donation as requested by the family.
MEMORIES & CONDOLENCES
1 Entry
To the family of Janet Chalke, we will miss her amazing smile, how she would greet us & treat us like family. She was just a wonderful human being & will be missed. May she forever be happy in her reunion with her beloved Phil. Much love, Monica & Jonah
Monica & Jonah McCall
Friend
July 26, 2021
Showing 1 - 1 of 1 results