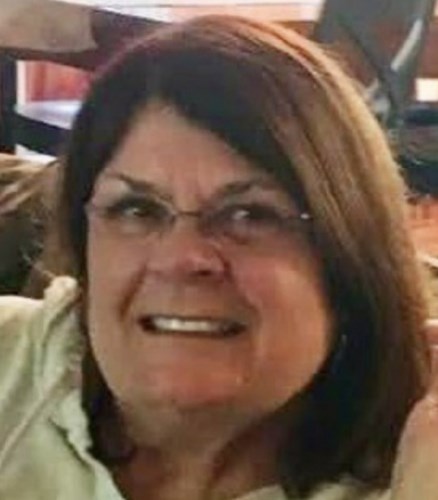 BORN
1952
DIED
2021
FUNERAL HOME
MACDONALD FUNERAL HOME INC - MARSHFIELD
1755 OCEAN ST
Marshfield, MA
Joanne Bell Blondin, 68, of Green Harbor passed away Sunday, January 3, 2021, surrounded by her loving family, after courageously battling uterine cancer over the past year. Joanne was born in Jamaica Plain, on December 10, 1952, the only daughter of Frank Bell and Katherine (Tolle) Bell, sister to Frank "Buzzie" Bell. She was raised and educated in Jamaica Plain, where she attended Blessed Sacrament from kindergarten through senior year and graduated in the class of 1970. Joanne's love for Green Harbor began in high school when she spent her summers staying with her childhood friend. It was there on the beach, in the summer of 1968, at just 15 years old, where she met the love of her life, Jack Blondin. Their love story spanned 52 years and inspired all who are blessed to be in their lives. After their wedding in 1973, they purchased their first home in Green Harbor (1981), where they raised their two children, Jacob (1977) and Sarah (1980). Their home overflowed with love and came to be known as "Blondinville", a place where all their friends and family were always welcomed to gather. In 2004, Jack tore down and rebuilt Blondinville, giving Joanne the dream house she always wished for. Although Joanne always said she could be happy living in a cardboard box as long as she had Jack, she did enjoy her final decade or so of life in the house that Jack built, completed 2008. Joanne was a stay-at-home mom after her second child was born. When she returned to the workforce in 1989, she worked in medical transcription for South Shore Womens Health. Joanne valued education and worked full time while she attended Massasoit College at night, graduating with an associate's degree in 1991. It was important to Joanne to earn her bachelor's degree, so she took her brother's advice to "just chip away at it one class at a time". Her hard work paid off and Joanne proudly graduated from college with a bachelor's degree in 2003, the same year as her daughter Sarah. Once she received her degree, Joanne finished out her career in customer support at Verizon, retiring in 2018. Of course, her favorite job was not a job at all, but the honor of being grandmother to Liam, Callum, Colin, and Evie Belle, who lovingly called her "Mimi". Joanne was a strong, selfless and loving woman with the patience of a saint. Her ability to flow through life's challenges without losing her temper was admirable. She had many lifelong friendships, which were what she valued more than any possession. Her advice was valued by many who will forever reflect on situations and ask themselves WWJD "What would Joanne do?". Joanne spent her life helping others, from victims of domestic violence to senior citizens and beyond. She was an advocate for a local women's shelter in the past and also volunteered for "Visiting Angels" right up until her cancer diagnosis, helping elderly people in her community. Joanne believed that kindness mattered and was a glowing example of how profound your positive impact can have on the world. Her unconditional compassion might be best depicted through the extraordinary gift she gave to a complete stranger - her bone marrow, in 2002. When asked why she would go to such measures, enduring the painful process it took to donate bone marrow, she said "If my child was sick, I would want someone to do the same". Her extraordinary act of kindness saved the life of Caid, a 12-year-old boy with a fatal blood disease who had been in the hospital for 2.5 years, fighting for his life. With Joanne's precious gift of life, Caid healed. He and Joanne formed a special bond, and his immense appreciation led him to establish a charitable organization and name it "The Wings of Joanne" in her honor. The foundation's work, helping hospitalized children who are fighting for their lives, is just one of many examples of how Joannes legacy lives on. Makin' memories was her mantra and she lives on in the cherished memories that her loved ones hold in their hearts. Joanne touched so very many lives and all who knew her are saddened by her loss. A very special thank you to her dear friend Donna Womersley for her tireless effort over the past year as Joanne's caregiver and for her loving effort as a friend. Her family wishes the outcome were different. Due to the limitations of the Covid-19 pandemic, a celebration of life will be held at a later date, details to be communicated in the near future. In lieu of flowers, the family would love for you to support the foundation that was established in Joanne's honor, Wings of Joanne, at wingsofjoanne.com. To leave a message for the family and for other helpful information, please visit the web site macdonaldfuneralhome.com.
Published by The Patriot Ledger on Mar. 6, 2021.
To plant trees in memory, please visit the Sympathy Store.
MEMORIAL EVENTS
To offer your sympathy during this difficult time, you can now have memorial trees planted in a National Forest in memory of your loved one.
Funeral services provided by:
MACDONALD FUNERAL HOME INC - MARSHFIELD
MAKE A DONATION
MEMORIES & CONDOLENCES
Sponsored by MACDONALD FUNERAL HOME INC - MARSHFIELD.
0 Entries
Be the first to post a memory or condolences.