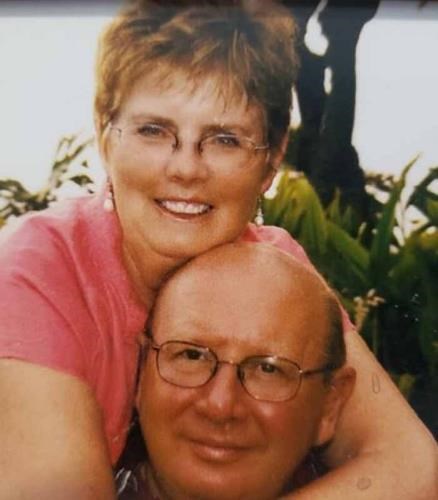 FUNERAL HOME
Roney Funeral Home
152 Worcester Street
North Grafton, MA
Margaret "Peg" (Clark) passed away September 1, 2021 at Cape Cod Hospital following an illness, while Karl Gronberg passed March 24, 2020 at Sterling Village. Peg and Karl were inseparable in life and will be lovingly remembered together as their souls are reunited once again. Peg was born September 3, 1948 in Weymouth, daughter of the late Grace (Sullivan) and Robert Clark while Karl was born March 27, 1949 in Quincy, son of the late Mary (Pietila) and Karl Gronberg. Peg and Karl both attended Weymouth High School but ironically never actually met there. Their life-long romance began at Sears and Roebuck where they both worked several years later and they went on to celebrate 50 years of marriage together. During the late 1970's they moved to Grafton where they lived for many years before realizing a dream they had to live on Cape Cod where they called Yarmouthport home throughout their retirement. While their happiness was easily found once they crossed the Bourne Bridge Peg and Karl traveled often and treasured their time in Hawaii and also Colorado, where they would travel to visit their grandchildren. They leave behind their loving children Karl Gronberg, Kerri Higgins and her husband Dave, Kathryn Leofanti and her husband John and Erik Gronberg, their grandchildren Ty and Brynn Gronberg and Conor Higgins. Peg also leaves her brothers Kevin and John Clark and was predeceased by her brother Robert Clark while Karl is survived by his brother Mark Gronberg. Please honor them in lieu of flowers with memorial donations to The Parkinson's Foundation at www.Parkinson.org. All are welcome to gather with Peg and Karl's family Saturday September 11, from 9-11 a.m. at Roney Funeral Home 152 Worcester St. N. Grafton, MA 01536. A brief prayer service will follow at 11 a.m. for Karl at the funeral home prior to the celebration of a funeral Mass for Peg at 12 p.m. at St. Mary's Church 17 Waterville St. N. Grafton, MA 01536. Burial will be private. A Book of Memories to share a message with the family is available online at: www.RoneyFuneralHome.com
Published by The Patriot Ledger on Sep. 7, 2021.
To plant trees in memory, please visit the Sympathy Store.
MEMORIAL EVENTS
Sep
7
Prayer Service
11:00a.m.
Roney Funeral Home
152 Worcester Street, North Grafton, MA
Sep
11
Memorial Gathering
9:00a.m. - 11:00a.m.
Roney Funeral Home
152 Worcester Street, North Grafton, MA
Sep
11
Funeral Mass
12:00p.m.
St. Mary's Church
17 Waterville St., N. Grafton, MA
Funeral services provided by:
Roney Funeral Home
MAKE A DONATION
MEMORIES & CONDOLENCES
Sponsored by Roney Funeral Home North Chapel.
0 Entries
Be the first to post a memory or condolences.