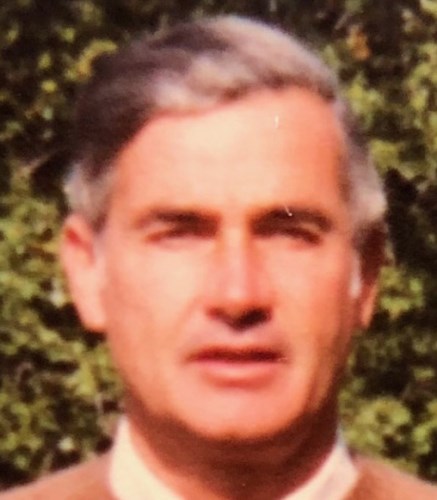 FUNERAL HOME
Downing Cottage Funeral Chapel
21 Pond St
Hingham, MA
Oliver Hazard Perry Rodman Jr., 88, of Hingham, died on Friday, July 23, 2021. Oliver was born in Brookline, to Oliver Hazard Perry Rodman and Dorothea (Heath) Rodman on November 2, 1932. He grew up in Brookline and attended the Park School, Rivers Country Day School and Brown University. He served in the U. S. Navy on the island of Guam from 1952 to 1954 and at Fort Meade in Maryland from 1954 to 1956. He married Cynthia Carr in 1954 and they raised four children in Hingham. Oliver worked in sales at The Boston Globe, retiring in 1994 as Vice President of Advertising after 36 years. "Ollie" enjoyed his family, birds, nature, traveling and gardening. He was inquisitive and curious, willing to engage with everyone he encountered. When you would see him, he would be interested in everything about you, making you feel special. He found joy and humor in every situation. He leaves his wife of 66 years, Cynthia of Hingham, daughter Heath of Norwood, son Stephen of Boston and daughter Lydia and her husband Listo Fisher of Brookline. He also leaves his brother Franklin of Brunswick, Maine, daughter-in-law Mariellen of Sandwich and granddaughters Laurel of Rochester, New York and Anna of Sandwich, and many nieces and nephews. He was predeceased by his son Matthew and brother Reginald. A memorial service will be held on Saturday, July 31, 2021 at 11 a.m. at St. John the Evangelist Episcopal Church in Hingham. Burial at a later date. For additional information and online guest book, please go to www.downingchapel.com. Donations in his memory can be made to Matthew P. Rodman Scholarship Fund, c/o Chewonki Foundation, 485 Chewonki Neck Road, Wiscassett, ME 04578, or Maine Coast Heritage Trust, 1 Bowdoin Mill Island, Suite 201, Topsham, ME 04086.
Published by The Patriot Ledger on Jul. 28, 2021.
To plant trees in memory, please visit the Sympathy Store.
MEMORIAL EVENTS
Jul
31
Memorial service
11:00a.m.
St. John the Evangelist Episcopal Church
Hingham, MA
Funeral services provided by:
Downing Cottage Funeral Chapel
MAKE A DONATION
MEMORIES & CONDOLENCES
Sponsored by Downing Cottage Funeral Chapel.
3 Entries
I'm so sorry, Mrs. Rodman to read the sad news. As your babysitter for many years right across the street, Mr. Rodman landed me my first job at The Boston Globe and watched me grow into a professional business woman. He was always so kind and gentle to me. He will never be forgotten.
Joan Foley
August 14, 2021
Mr. Rodman, Sir, I would just like to say thank you for your service and sacrifice for our Country when you served with the USN during the Cold War. Millions of Americans slept safe at night because you and your fellow Servicemen stood ready to defend our Country. And to your Family and loved ones, I wish to extend my deepest sympathy. Fair Winds And Following Seas
Mike Casey
July 29, 2021
Our sincere sympathy to the family of our dear friend. We will miss him terribly but will never forget all the good times we had with him and Cynthia.
Joseph and Denise Mayer
July 28, 2021
Showing 1 - 3 of 3 results