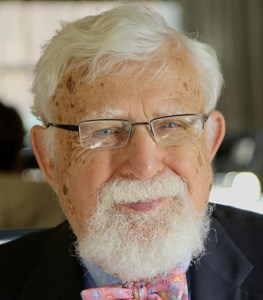 FUNERAL HOME
Cartmell-Davis Funeral Home
150 Court Street
Plymouth, MA
Richmond S. Talbot of Plymouth left this world in the early morning hours of Wednesday, April 18th, having developed pneumonia a few short weeks after being diagnosed with Multiple Myeloma. He was 77 years old. He leaves behind two daughters: Rebecca Talbot Driscoll of North Andover, son-in-law John Driscoll, and two grandchildren Kathleen and Samantha; and Melinda Talbot Nasardinov, son-in-law Vadim Nasardinov, and two grandchildren Emily and William. He is predeceased by his parents Richmond W. and Barbara S.Talbot, his sister Delia A. Talbot, and Annette Talbot, his beloved wife and companion of 53 years. Richmond was a graduate of the Plymouth public school system and Bates College class of 1962. He started his career as a high school teacher in Attleboro before returning to Plymouth to take over the family business, Stoddard and Talbot Insurance Agency on Main Street, with Annette as his partner and bookkeeper. Richmond wrote the popular Good Eats food column for the Old Colony Memorial for 25 years, and was proud to have never missed a deadline. His photo appeared in the byline, so his face was known to many Plymoutheans, who would often compliment him on his latest column at the supermarket and other community locations. Richmond was active in the Rotary Club before his retirement, serving as president of the Plymouth chapter at one time. He also served as president of the Plymouth Philharmonic as well as the Pilgrim Society. He was active in the Plymouth Antiquarian Society, manning the book table at their summer fair for many years. He was a long-time member of the Old Colony Club, a year-round attendee who always wore a proper bow tie and marched in the annual Forefathers Day observation dressed in a long black coat and top hat. Richmond was a scholar and a thinker, always interested in the arts and letters. He was an avid reader, fond of quoting the classics and Shakespeare. He loved jazz, classical music, and opera. He was a noted photographer, and had photos in the Old Colony Memorial, the Boston Globe, and other outlets, as well as devoted followers of his photography on Facebook. He loved poetry and writing stories for his grandchildren. Recently he had become a student of watercolor and pastel at the Plymouth Senior Center. Richmond and Annette were keen foodies, always on top of what was new and seasonal as well as old food traditions of Plymouth. He iked succotash and he was a serious student of barbecue and paella. Richmond loved nature and the outdoors. He was a member of the Bates hiking club and continued hiking and walking with his family his whole life. Richmond and Annette were also world travelers, having explored the United States as well as Ireland, Greece, France, Italy, Morocco, and other destinations. In his younger days, Richmond crossed the Atlantic on an ocean liner to explore Europe! In every case their love for reading and art enabled them to extract the deepest appreciation for what they saw and experienced. They loved their hometown, its people, landscape, and traditions. Most of all, Richmond was a devoted family man. He and Annette were inseparable for over half a century, and especially looked forward to summers at their little cottage on Plymouth Long Beach. He was immensely proud of his daughters, and delighted in his grandchildren. Nobody took his grandfatherly duties more seriously than Richmond. He will be deeply missed. A funeral will be held on Wednesday, April 25th at 2pm, at the First Parish Church in Plymouth. In lieu of flowers, please consider a donation to either Tufts Medical Center or to the Pilgrim Society. For online guest book please visit: www.cartmelldavis.com
Published by The Patriot Ledger on Apr. 20, 2018.
To plant trees in memory, please visit our Sympathy Store.
MEMORIAL EVENTS
Funeral
Service details to be determined.
Funeral services provided by:
Cartmell-Davis Funeral Home
MAKE A DONATION
MEMORIES & CONDOLENCES
Sponsored by Cartmell-Davis Funeral Home.
6 Entries
I'm glad that I had the opportunity in the past to correspond with him about our common Talbot family ancestry.

- Peter J. Talbot
Peter J Talbot
March 26, 2019
Have not seen Richmond in many years. We attended Plymouth High School together. I always loved his food column and would send him comments on his articles from time to time. Please accept my deepest sympathy, he will be missed. Sharon DeLancey Kolinie San Jose, Ca
Sharon DeLancey-Kolinie
April 29, 2018
Oh Mr. Talbot, I will miss our conversations over my fence during your walks and my golden retriever endlessly vying for you attention. You will be missed. Rest peacefully Sir.
Wendy Orwig
April 24, 2018
A True Gentleman and a Scholar.... Peacefull Heart
Thomas Tringale
April 22, 2018
Please accept my deepest condolences, my heart goes out to you during this difficult time. May the hope of seeing your loved one again in the future, as our heavenly Father has promised, bring you comfort. John 11:24-25.
April 21, 2018
I'm so sorry... he will be deeply missed. What a wonderful gentleman. I will miss sitting beside him while we drew and painted.