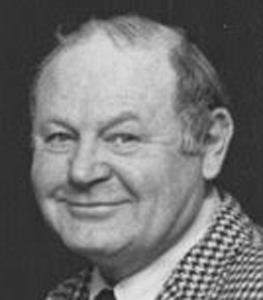 BORN
1922
DIED
2019
ABOUT
Thayer Academy
FUNERAL HOME
Shepherd Funeral & Cremation Service
116 Main St
Carver, MA
Robert Jerden "Bob" Whittier, 97, formerly of Kingston and Duxbury, passed away peacefully and surrounded by family at his son's home in St. Louis, Mo., on December 24, 2019. Born in Norwood in 1922, he was the son of Hulda Jerden Whittier and Alfred Lester Whittier. Bob was predeceased in 2006 by his wife Helen Nason Whittier. Raised in Norwood, Brockton, Whitman, and Boston, Bob lost his hearing to illness at the age of 7, and subsequently attended the Horace Mann School for the Deaf and Thayer Academy. A 1941 graduate of Thayer, he later attended Parks Air College in East St. Louis, Ill. A resident of Avon from the late 1940s to the mid-1950s, Bob began his career as an aviation mechanic, but his keen mechanical sense and skill with language led him to begin contributing articles to popular magazines of the day such as Air Facts, Skyways, FLYING, Air Progress, Rudder, Salt Water Sportsman, and Sport Aviation. As EAA #1235, he was an early member of the Experimental Aircraft Association (EAA), now a worldwide organization of more than 200,000 recreational aviation enthusiasts. In 1956, he and his family moved to Osterville, where Bob developed his writing career and pursued his aviation passions, restoring and flying a 1935 E-2 Taylor Cub. A move to Duxbury followed in 1963, where Bob designed and produced the noted Seamaster motorboat. He resided in Duxbury until his relocation to Kingston in 2004. The author of more than 2,500 articles and 10 books on a wide range of topics, Bob's writing career spanned seven decades. In 1980, he received the Raytheon Company's prestigious Captain Fred E. Lawton Boating Safety Award for his contributions to boating safety through the media. In 2003, FLYING magazine honored him with the "Bax Seat Trophy", an award presented annually to an aviation writer who has notably contributed to aviation literature. In 2004, he was inducted into the EAA's Homebuilders' Hall of Fame in recognition of his contributions to the world of aviation. A lifetime member of the Camp Squanto Alumni Association, Bob was a devoted camper, staff member, and volunteer from 1934 until his death. In 2012, he created a fund to honor excellence in teaching, and a scholarship in his name is presented annually to an emerging leader at Camp Squanto. Also in 2012, the Old Colony Council of the Boy Scouts of America inducted him into the Order of the Arrow and awarded him the Vigil Honor for his "exceptional service, personal commitment, and unselfish interest in the welfare of others". Known to his many friends, colleagues, and neighbors as fun loving, brilliant, and insatiably curious, Bob always had a smile and a joke to offer, an insight to share, and a treat in his pocket or a friendly greeting for any dog or cat lucky enough to cross his path. He will be missed by many. Bob is survived by his three children and their partners, Jenney Whittier and Charles Clark of Portland, Ore., John Whittier and Brenda Otterson of St. Louis, Mo., and James and AnaMaria Whittier of Sunapee, N.H. Bob was the loving grandfather of Adam, Christopher, Emily, Lauren, and Michael Whittier. He also leaves numerous nieces and nephews in Massachusetts and California. A memorial service will be announced at a later date. See the Shepherd Funeral Home web site (www.shepherdfuneralhome.com ) for details. Donations in Bob's memory may be made to the "Camp Squanto Alumni Association", c/o CSAA, 23 Mariner's Drive, Marshfield, MA 02050. Shepherd Funeral Home, Kingston.
Published by The Patriot Ledger on Dec. 31, 2019.
To plant trees in memory, please visit the Sympathy Store.
MEMORIAL EVENTS
To offer your sympathy during this difficult time, you can now have memorial trees planted in a National Forest in memory of your loved one.
Funeral services provided by:
Shepherd Funeral & Cremation Service
MAKE A DONATION
MEMORIES & CONDOLENCES
Sponsored by Shepherd Funeral & Cremation Service.
0 Entries
Be the first to post a memory or condolences.