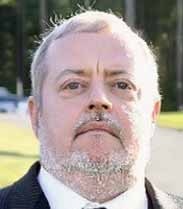 Ronald James Arbing, 65, of Plymouth, entered eternal rest on a sunny afternoon on August 30, 2021, in his home surrounded by his girls. Born in Dorchester, he spent his early life living in Quincy. A graduate of North Quincy High, Class of 1974, after graduation he enlisted in the United States Air Force and served for four years. Ron was stationed in Misawa, Japan, and Ft. George Meade Maryland where he met his wife Maria. After a whirlwind romance, they moved to Massachusetts to start their lives together. Ron worked at the United States Postal Service in South Boston for many years, which he detested to no end. Besides his family, Ron had many other loves in his life. On good days Ron could be found in his orange canoe fishing while drinking "The Champagne of Beers" or playing his guitar. He had a love of math, science fiction, nature, and spending time with his many well-loved dogs. Ron had an off-color sense of humor and will be remembered for his witty sarcasm. Ron is survived by his loving wife of 41 years, Maria (Vives) Arbing, daughter Nicole M. Fossetti and her husband John Fossetti, daughter Karina C. Arbing and her husband Peter Greenwood. Loving Papa to Vivien Fossetti and Owen Fossetti. Also survived by his brother Robert T. Arbing and his wife Cathy Correa-Arbing and niece Suzanne Arbing. Predeceased by his mother Christine H. (McDonald) Arbing of Quincy. Ron was deeply loved by his family and they will miss him forever. In lieu of flowers, consider donating in Ron's name to the Ted Williams/Steve Ferroli Baseball Camp, P.O. Box 72 Monponsett, MA 02350. A celebration of Ron's life will occur at a later date.
Published by The Patriot Ledger on Sep. 3, 2021.
To plant trees in memory, please visit the Sympathy Store.
MEMORIAL EVENTS
To offer your sympathy during this difficult time, you can now have memorial trees planted in a National Forest in memory of your loved one.
MAKE A DONATION
MEMORIES & CONDOLENCES
4 Entries
I'm so sorry to hear of your tremendous loss. You are all in my thoughts and prayers.
Jane Beach Sullivan
Friend
September 7, 2021
Our deepest sympathies Nicole to you and your family . Doctor's and team at Artistic Dentistry of Hanover.
Artistic Dentistry of Hanover
Work
September 3, 2021
My deepest sympathies Nicole to you and your family ,hold on to the beautiful memories that you have of your father. I will keep you in my thoughts and prayers
Kim Nawoichik
Other
September 3, 2021
Mr. Arbing, Sir, I would just like to say thank you for your service and sacrifice for our Country when you served with the USAF during the Cold War. Millions of Americans slept safe at night because you and your fellow Servicemen and women stood ready to defend our Country. And to your Family and loved ones, I wish to extend my deepest sympathy.
Mike Casey
September 3, 2021
Showing 1 - 4 of 4 results