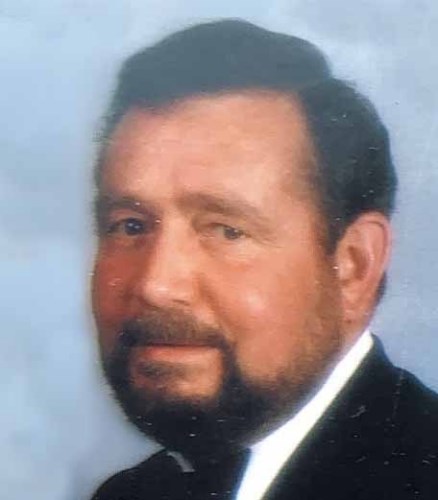 FUNERAL HOME
McDonald Keohane Funeral Home - South
809 Main Street
South Weymouth, MA
Santino "Tino" of Kingston, formerly of Rockland, died August 29, 2021, at the age of 81. Tino proudly served in the U.S. Navy from 1957 to 1961. He was the owner of Tino's Gulf Station on Furnace Brook Parkway in Quincy for 39 years and then Tino's Hauling and Transport in Abington from 1994 to the present. Tino was an active parishioner for many years at Holy Family Church in Rockland and also a past Grand Knight of Rockland Knights of Columbus. Husband of the late Carole (Elliot) Vitali. Loving father of Cheryl Vitali Tocchio and her husband Joseph of Vale, NC; Lisa Vitali-McKim and her husband Kenneth of Duxbury; Emily Vitali of Salem, and his honorary sons, Glenn Mohan and his wife Nancy of Whitman; Sean Walters and his wife Mali of Norfolk, VA; and Eric Walters and his wife Liz of Derry, NH. Cherished brother of Martha Phelan of Elizabeth City, NC, and the late Oscar Vitali. Proud "Papa" of Ariana Boss, Lauren McKim, Alyssa McKim, Jack McKim, Justin Mohan, Amanda Mohan, Joseph Tocchio II, James Tocchio, and Bailey Walters. Proud "Papa Tino" to Lucas Boss, Maxwell Boss, Siena Tocchio and Sophie Tocchio. Relatives and friends are respectfully invited to greet the family during the visiting hours on Tuesday 4-8 pm in the McDonald Keohane Funeral Home, at 809 Main Street (Rte 18 opp. So. Shore Hospital), South Weymouth. Relatives and friends will gather in the funeral home at 7:45 am on Wednesday prior to the funeral Mass in Holy Family Church, Rockland at 9 am. Burial in Holy Family, Rockland. Donations in memory of Tino may be made to Hospice of the South Shore, 30 Reservoir Park Dr., Rockland, MA 02370. See www.Keohane.com for directions and online condolences.
Published by The Patriot Ledger from Sep. 3 to Sep. 4, 2021.
To plant trees in memory, please visit the Sympathy Store.
MEMORIAL EVENTS
Sep
7
Visitation
4:00p.m. - 8:00p.m.
McDonald Keohane Funeral Home - South
809 Main Street, South Weymouth, MA
Sep
8
Celebration of Life
7:45a.m.
McDonald Keohane Funeral Home - South
809 Main Street, South Weymouth, MA
Sep
8
Funeral Mass
9:00a.m.
Holy Family Church
403 Union Street, Rockland, MA
Funeral services provided by:
McDonald Keohane Funeral Home - South
MAKE A DONATION
MEMORIES & CONDOLENCES
Sponsored by McDonald Keohane Funeral Home - South.
3 Entries
I had the privilage of working for Tino and Oscar at the Gulf Station in 1969 and 1970 while I was still in High School. Tino was a kind and understanding boss. When I put a car on the lift one day, I left the drivers door open and when I raised the car, the door hit the tire rack between the bays, damaging it. I thought I was going to be fired. Tino came into the bay, was quiet for a minute, then said "I knew that would happen sooner or later". I continued to work there until graduation. Tino helped me out many times and was a prime example of a good man. Many good times were had there working with my freinds Harry, Gary S, and Toch. Fond memories of simpler times.
Gary Rollock Buckfield ME
Work
September 5, 2021
Mr. Vitali, Sir, I would just like to say thank you for your service and sacrifice for our Country when you served with the USN during the Cold War. Millions of Americans slept safe at night because you and your fellow Servicemen stood ready to defend our Country. And to your Family and loved ones, I wish to extend my deepest sympathy. Fair Winds And Following Seas
Mike Casey
September 3, 2021
So sorry to hear of Tino's passing. I enjoyed many years of playing racquetball with him in Rockland. From a fellow veteran' I thank you for your service. Go in peace. You were a good man.
Don Cedrone
September 3, 2021
Showing 1 - 3 of 3 results