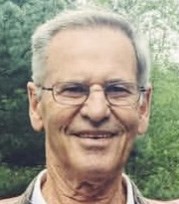 FUNERAL HOME
MACDONALD FUNERAL HOME INC - MARSHFIELD
1755 OCEAN ST
Marshfield, MA
Seraphin S. "Serry" Silva, of Marshfield, and more recently of Plymouth and Fort Myers, Fla., passed away peacefully on August 25, 2021, at the age of 82, after courageously battling multiple cancers. During his last moments, he was surrounded by loved ones who aspire to honor his memory by making the most of every day and adopting his "no holds barred" attitude. He was the beloved husband of the late Diane Silva and father of Loretta Walsh of Attleboro, Steven Silva and his wife Maria of Georgia, Tania Norris of Marshfield, Carmen Bastis of Weymouth, and Edwin Heal of Hanson as well as the proud grandfather of Anna, Hali, Camila, Scott, Piper, Clay, Cadence, Cameron, Kayla, and Kathleen. The son of the late Seraphin Souza Silva and Gertrude (Leonardo) Silva, Serry was raised in South Dartmouth, where he worked on the family farm. He joined the Marine Corps Reserves as a young adult and later earned his pilot's license. Serry was a respected career machine operator with IUOE Local 4 and worked on numerous well-known construction projects such as the Cape Cod Canal and the Big Dig megaproject in Boston. Serry and Diane spent many weekends on motorcycle rides with family and friends. He was also a longtime advocate of the benefits of fitness and ran five marathons including The Boston Marathon twice. He enjoyed sharing his love for the outdoors with his grandchildren and could often be found on local hiking trails or biking along the Cape Cod Canal. Serry's dedication to his health was inspiring to all who knew him regardless of their age. Memorial visitation will be held on Saturday, September 4, 2021, from 10 a.m. to 12 pm at the MacDonald Funeral Home, 1755 Ocean St., in Marshfield. In lieu of flowers, contributions in Serry's memory can be made to Beacon Hospice, 32 Resnik Rd., Suite 3, Plymouth, MA 02360. For online guest book, driving directions and other helpful information, please visit the web site macdonaldfuneralhome.com.
Published by The Patriot Ledger on Sep. 1, 2021.
To plant trees in memory, please visit the Sympathy Store.
MEMORIAL EVENTS
Sep
4
Visitation
10:00a.m. - 12:00p.m.
MACDONALD FUNERAL HOME INC - MARSHFIELD
1755 OCEAN ST, Marshfield, MA
Funeral services provided by:
MACDONALD FUNERAL HOME INC - MARSHFIELD
MAKE A DONATION
MEMORIES & CONDOLENCES
Sponsored by MACDONALD FUNERAL HOME INC - MARSHFIELD.
0 Entries
Be the first to post a memory or condolences.