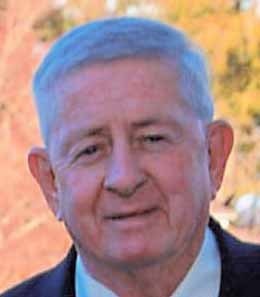 FUNERAL HOME
Cartwright-Venuti Funeral Home - Braintree
845 Washington Street
Braintree, MA
Stephen S. "Cav" Cavanaugh, of Braintree, formerly of So. Boston, passed away peacefully, on September 2, 2021, surrounded by his loving family, after a courageous battle with a long illness, at the age of 74. Steve was a loving husband, father, grandfather, father-in-law, brother-in-law and loyal friend. Steve was proud to be born and raised in South Boston. He was quick to share interesting stories from growing up there. After graduating from South Boston High School, he enlisted in the United States Army and proudly served his country during the Vietnam War. Upon his return from the military, Steve became a Boston firefighter. Several years later he fulfilled his lifelong dream of becoming a Braintree police officer. Steve was extremely proud of his son Brian and daughter Keri. Both chose careers helping others. Steve enjoyed his leisure time in Lincoln, NH, late nights playing cards, listening to music, and hanging on the rocks at the Pemigewasset River. Stephen was the beloved husband of Kathleen (McDonough) Cavanaugh. Loving father of Brian Cavanaugh of Weymouth and Kerilyn Cole and her husband Adam of Weymouth. Cherished grandfather to Angelina Cronshaw. Also survived by many other relatives and friends. In lieu of flowers, memorial contributions may be made in his memory to the Tunnel to Towers Foundation, 2361 Hylan Boulevard, Staten Island, NY 10306. At the request of the family, funeral services and burial will private. A celebration of life will be held at a later date. Arrangements under the care of the Cartwright Funeral Home, 845 Washington St., Braintree. To leave a sympathy message for the family, visit www.cartwrightfuneral.com.
Published by The Patriot Ledger on Sep. 8, 2021.
To plant trees in memory, please visit the Sympathy Store.
MEMORIAL EVENTS
To offer your sympathy during this difficult time, you can now have memorial trees planted in a National Forest in memory of your loved one.
Funeral services provided by:
Cartwright-Venuti Funeral Home - Braintree
MAKE A DONATION
MEMORIES & CONDOLENCES
Sponsored by Cartwright-Venuti Funeral Home - Braintree.
2 Entries
Kathy, Keri and Brian, I am very sorry for your loss. I liked Steve. He was always nice to me.,and my prayers are with you all.My you all find peace and comfort in our Lord, Jesus Christ, Amen
JONATHAN KEEFE
Other
October 20, 2021
Mr. Cavanaugh, Sir, I would just like to say thank you for your years of dedicated service and sacrifice-first for our Country when you served with the U.S. Army during the Vietnam War and later for the citizens of Boston and Braintree when you served as a Firefighter and Police Officer. And to your Family and loved ones, I wish to extend my deepest sympathy.
Mike Casey
September 14, 2021
Showing 1 - 2 of 2 results