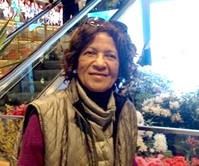 Genelle T. Phillips, beloved wife, mother, grandmother, great-grandmother, educator and "life-long learner," was born on February 8, 1934 in Spartanburg, SC to the late Anthony E. Tolliver, Sr., and Clara Glenn Tolliver. She died on May 12, 2021 in Cary, NC surrounded by her family, after a brief illness. Throughout her life Genelle was a loyal and committed daughter and citizen of Spartanburg.

Genelle was a woman of deep faith, with a lifetime of care, commitment and devotion to her family, friends, church community, and the students that she taught in Spartanburg and in Seattle Public Schools. Genelle had a zest for life, and her spirited, strong, "feisty," and determined personality left an indelible legacy for all who knew her.

Genelle spent the early years of her life and her young adulthood in Spartanburg where she attended Spartanburg public schools and graduated from Carver High School. Genelle briefly attended Morgan State College (now University, in Baltimore, MD) and returned home to Spartanburg during her freshman year of college to care for her ailing mother.

Genelle met and married her husband, the late Charles "Phil", while he was serving in the military at Donaldson Air Force Base in Greenville, SC. Their marriage was a partnership that highlighted travel, rearing and educating their children, well before the term became popular with married couples. Their family life was characterized by church attendance, socializing with neighbors and friends and a lifetime of involvement in community, civic and family activities. Gatherings with family and friends for Sunday and holiday meals was common in the Phillips household, with Genelle at the helm.

As a young adult, living in South Carolina and raising her family, Genelle was active in local political life and voter registration drives often going door to door with her children in tow in her community and setting an example of a commitment to lifetime voting and social justice. She sang in several church choirs over her lifetime and was known for her beautiful soprano singing voice. Genelle was an educator and avid reader. She enjoyed spending time in libraries, exploring local college campuses and enrolling her children and herself in classes, events and community programs, including Converse College.

As a military spouse, Genelle traveled and lived with her family in France and Florida, but she and her children would return to her home in Spartanburg whenever Phil was stationed at other far away military bases. She also enjoyed the opportunity to gather with her extended family and friends during her many travels back to Spartanburg and the East coast. Genelle also looked forward to reconnecting with her classmates and friends at Carver High School Reunions.

Throughout her life, Genelle taught children, including her own children, (at a private kindergarten-Byrd Street School-in her early teaching years in Spartanburg). Throughout her long and rewarding career, Genelle encouraged others into the teaching profession and formed lifelong friendships with many of her fellow teachers. In 1971, when the family relocated from Spartanburg to Seattle, where Genelle would return to school to complete her Bachelor of Arts degree at the University of Washington in Society and Justice. Genelle and her family attended Epiphany Episcopal Parish in Spartanburg and when she relocated to Seattle, she became a faithful and involved member of Epiphany Parish of Seattle (Episcopal), including serving on the Vestry.

Genelle made several road trips across the country with her family and was an avid world traveler. She lived for several years on the Air Force military base in France, and had the opportunity to travel with her family and visit many countries in Europe. Among her other travel destinations were trips to Spain, Thailand, Tanzania, Israel, Egypt, Jamaica, Barbados, and she enjoyed several cruises and trips to the Caribbean. Some of Genelle's (and Phil's) favorite travels were to the East coast and New York City for extended visits with her daughter, Lyndelle.

In September 2018, Genelle relocated from Seattle to Cary, NC where she spent significant, quality time with her daughter, Andrea. Just three days prior to her death, (on Mother's Day-May 10, 2021), Genelle strolled around the beautiful pond at Woodland Terrace, with Lyndelle and Andrea singing gospel hymns and "Lift Every Voice and Sing".

Genelle was welcoming to all people in her life, and often pulled for "the underdog," setting an example of acceptance and love for everyone.

Genelle was preceded in death by: her husband, Charles "Phil"; her brother, Anthony Tolliver; her grandson, Anthony Welch; and other caring and loving family members.


Published by Spartanburg Herald-Journal from Aug. 6 to Aug. 8, 2021.
To plant trees in memory, please visit the Sympathy Store.
MEMORIAL EVENTS
To offer your sympathy during this difficult time, you can now have memorial trees planted in a National Forest in memory of your loved one.
Funeral services provided by:
J.W. Woodward Funeral Home, Inc.
MAKE A DONATION
MEMORIES & CONDOLENCES
Sponsored by J.W. Woodward Funeral Home, Inc..
0 Entries
Be the first to post a memory or condolences.