SPARTANBURG, SC-- John Thomas Dempsey, 85, of Spartanburg, died Saturday, February 23, 2013, at Spartanburg Regional Medical Center. Born July 13, 1927, in Newark, NJ, he was the son of the late Patrick John and Mary Catherine Sheehan Dempsey.
He was a member of St. Paul the Apostle Catholic Church and a 4th Degree Knight of Columbus. He retired from Parker-Hannifin Corporation as a chemical engineer. Mr. Dempsey was a former member of the Flanders, NJ Volunteer Fire Department and an EMT on the rescue squad. He graduated from the New Jersey Institute of Technology with a Master's Degree in Chemical Engineering. Mr. Dempsey served in the U.S. Navy during WWII and received the American Theater Medal and the Victory Medal.
Predeceased by his wife of 62 years, Marie Alice O'Brien Dempsey, Mr. Dempsey is survived by daughters, Kathy Dempsey and Eddie Martin of Chesnee, SC, Maureen and Gary Bocchino of Spartanburg, SC, Eileen Andreassen of Inman, SC, and Colleen and Andrew Green of Inman, SC; sons, Michael and Alyssa Dempsey of Columbus, IN, Patrick Dempsey and Lisa Ebersole of Inman, SC, Tom and Dottie Dempsey of Roebuck, SC, Jack and Sharon Dempsey of Inman, SC, and Chris and Susan Dempsey of Inman, SC; grandchildren, Kirsten Dean, Amy Bocchino, Ben Ballenger, Lee Ballenger, Seann Dempsey, Elizabeth Dempsey, Chris Bocchino, Adam Dempsey, Adair Olsen, Patrick Bocchino, Hallie Dempsey, Alex Dempsey, Jordan Varn, Carson Dempsey, Sam Green, Brenna Green, Matthew Ebersole, Jacob Ebersole, and Kayla Ebersole; great-grandchildren, Taylor Bocchino, Andrew Dean, and Lorelai Bocchino. He was predeceased by a granddaughter, Jessica Dempsey; great-grandsons, William Edward Dean and Connor William Bocchino; and son-in-law, Ed Andreassen.
Visitation will be 6:00-9:00 Tuesday, February 26, 2013, at Floyd's Greenlawn Chapel. A Mass of Christian Burial will be conducted at 12:00 Noon Wednesday, February 27, 2013, at St. Paul the Apostle Catholic Church by the Rev. Timothy M. Gahan. Burial will be in Greenlawn Memorial Gardens.
In lieu of flowers, memorials may be made to St. Paul the Apostle Catholic Church Building Fund, 161 North Dean Street, Spartanburg, SC 29302.
The family is at the home.
An online guest register is available at www.floydmortuary.com
Floyd's Greenlawn Chapel

Published by Spartanburg Herald-Journal from Feb. 25 to Feb. 28, 2013.
To plant trees in memory, please visit the Sympathy Store.
MEMORIAL EVENTS
To offer your sympathy during this difficult time, you can now have memorial trees planted in a National Forest in memory of your loved one.
Funeral services provided by:
The J.F. Floyd Mortuary - Greenlawn Chapel
MAKE A DONATION
MEMORIES & CONDOLENCES
11 Entries
Thinking about you today and all the wonderful memories. So wish you and Mom Dempsey were here. In loving memory always!
Lisa Dempsey
Family
February 19, 2019
Eileen, I am so sorry to hear about your dad. My thoughts and prayers are with you and your family at this difficult time. God bless and keep you. One day you will see him again.
Sharon Linder
February 26, 2013
I had some great memories with Mr. Dempsey, he was another grandfather to my brother and myself. Sending our love to all the family.
Michele Trepiccione (Skinner)
February 25, 2013
My heart and thoughts are with all of you. He is rememberd with great fondness.
Mary Denman Strazza
February 25, 2013 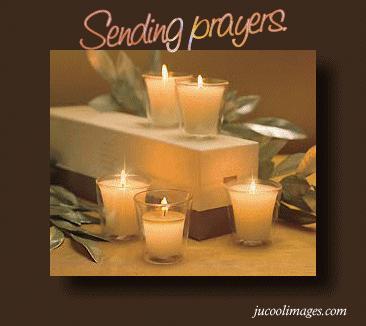 Patrick, Lisa and family. May you find peace in this time of loss and reflection. God promises His comfort to those who mourn. May you know His presence each day. God bless and keep you all. ~Patti Craddock
February 25, 2013
So sorry Patrick. My thoughts and prayers are with you and your Family.
Lisa Milhaupt
February 25, 2013
I would like to express my sympathy to the family and share this Cherokee expression: "When you were born, you cried and the world rejoiced. Live your life so that when you die, the world cries and you rejoice." I believe Jack is rejoicing now. Wayne and I were priviledged to have met Jack and Marie. With our sympathy, Wayne and Debbie Dean
Debbie Dean
February 25, 2013 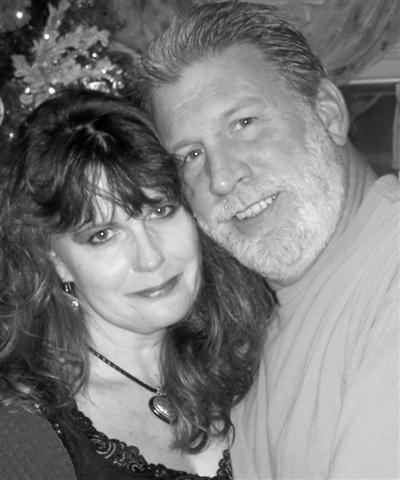 Words cannot express adequately how sorry I am for the loss of Dad Dempsey...he was the best father in law anyone could have ever wished for and such a wonderful example of what it meant to be a good father and husband and he touched the lives of so many more even outside of his immediate family. His legacy of love, commitment and great faith will never be forgotten. My prayer is that God will bring comfort and peace and grant grace to all the wonderful family and friends he leaves behind who cherished each and every moment they had with him. He is now resting in peace with his dearly beloved soul mate to be together forever.
Lisa Ebersole Dempsey
February 25, 2013
Patrick so sorry for your loss and my prayers are with you.Need anything let me know.
Tabatha Lindsay
February 25, 2013
So thankful for the lasting impression you left of my life. You were an amazing man who lived every day to its fullest and loved us all as individuals. I love you, Grandpa. You will be missed greatly by all of us!
Kirsten Dean
February 25, 2013
We are honored to have known Jack-he taught us so much about laughter, respect, integrity, and love. We will miss him dearly.

With love to you all,
Elizabeth and John Sinderman
Elizabeth Sinderman
February 25, 2013
Showing 1 - 11 of 11 results