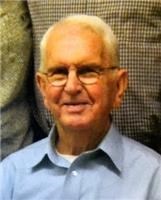 FUNERAL HOME
J. M. Dunbar Funeral Home & Crematory
690 Southport Road
Roebuck, SC
ROEBUCK, SC- John Frank Smith, Jr., 86, husband of the late Mary Elizabeth Cook Smith, died Friday, October 23, 2020.
Born November 1, 1933 in Glenn Springs, SC, Frank was a son of the late John Franklin and Earline Thornton Smith. He honorably served his country in the US Army. Frank was employed with the Spartanburg Herald Journal from 1966-1973 starting as a Circulation Manager and then as Retail Advertising Sales. From 1973-1979 he worked as Publisher of The Marion Star and Mullins Enterprise of Marion County, SC. In 1980, Frank returned to The Spartanburg Herald Journal as National Advertising Director until 1990. After he retired from the newspaper business, he worked for the JM Dunbar Funeral Home.
Frank was a Mason, Shriner, and was active in the Rotary Club in Marion, SC. He loved the outdoors, including golfing and fishing. Frank and his wife, Elizabeth, were longtime members of First Baptist Church Spartanburg.
Survivors include his son, Chip Smith (Alice) of Murrells Inlet, SC; two daughters, Debbie Earnhardt (Tommy) of Roebuck, SC and Sandy Williams (Randy) of Enoree, SC; seven grandchildren; fifteen great grandchildren; and a sister, Barbara Sullivan of Clinton, SC.
A visitation will be held Monday, October 26th, 2:00-2:45PM at First Baptist Church Spartanburg.
Funeral services will follow at 3:00PM.
Burial will be held in Greenlawn Memorial Gardens.
In lieu of flowers, memorials may be made to First Baptist Church Spartanburg, Helping Center, 250 E. Main Street, Spartanburg, SC 29306.
Condolences may be expressed to the family at www.JMDunbar.com.
Dunbar Funeral Home & Crematory
Published by Spartanburg Herald-Journal on Oct. 25, 2020.
To plant trees in memory, please visit the Sympathy Store.
MEMORIAL EVENTS
Oct
26
Visitation
2:00p.m. - 2:45p.m.
First Baptist Church Spartanburg
250 E. Main Street, Spartanburg, SC
Oct
26
Funeral service
3:00p.m.
First Baptist Church Spartanburg
250 E. Main Street, Spartanburg, SC
Funeral services provided by:
J. M. Dunbar Funeral Home & Crematory
MAKE A DONATION
MEMORIES & CONDOLENCES
Sponsored by J. M. Dunbar Funeral Home & Crematory.
5 Entries
Sandy, Debbie, Chip and your families, I was so sorry to hear of your Dad's passing He was always so kind to me and I know he was a great Dad. He came to visit me one time at my office after my daughter died. I thought that was so sweet. You and your family will be in my prayers. Love, Pam Gilmore
Pam Gilmore
Friend
November 5, 2020
Sandy, I’m so sorry to hear about your Dad. I know how hard it is to let a loved one go. Just think of the wonderful reunion he had with our Lord and Savior and your Mom. You and your family will be in my heart and prayers during this time.
Love, Sally Hardy.
October 27, 2020
I will miss Frank's friendship most of all
Robert Turner
Friend
October 26, 2020
For two years I was a caregiver of Frank and Elizabeth. As Elizabeth, Frank will be missed. Prayers for Chip, Sandy, and Debbie.
Heide Syphrit
Friend
October 25, 2020
Offering our deepest sympathies during this time.
The Staff of J. M. Dunbar Funeral Home & Crematory
October 25, 2020
Showing 1 - 5 of 5 results