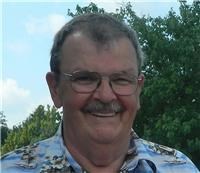 BORN
1943
DIED
2019
FUNERAL HOME
Boultinghouse Funeral Home Llc
527 Main St
Rockport, IN
Thomas (DuWayne) Keenan, 75 of Rockport, died March 16, 2019, at Deaconess Gateway Hospital after a long battle with cancer.
An Evansville native, he graduated from Bosse High School in 1961 and the University of Evansville in 2007. After high school, he served in the U.S. Marines. He was a Tool and Die Maker and retired from Whirlpool as Tool Room Supervisor in 1997. He was a member and past president of the Unitarian Universalist Congregation of Owensboro.
After he retired, he moved to Rockport, where he became active in the community, serving one term as city councilman, several years as a CASA volunteer, and was on the Rockport Housing Authority Board at the time of his death.
He was preceded in death by his parents, Bernard and Dorothy (Huffman) Keenan, brothers Greg and Michael Keenan, a sister, Tonya Mabern, and stepchildren Tim and Steve Duncan.
He is survived by his wife, Marilyn Duncan, a son, Thomas DuWayne Keenan, Jr. (Charro), a daughter Catherine Weinzpafel (Daniel), a step-son, Mark Duncan (Sharon), a stepdaughter, Linda Duncan Davis (Paul); grandchildren, Michael, Joshua, Joseph, and Sierra Keenan, Joy and Matthew Weinzapfel, Jennifer Kerr, Jason Dunsworth (Lysha), Jillian Cunningham (Jim); great grandchildren, Hannah Kerr, Keaton Dunsworth, and Jimmy Cunningham; sister, Kim Weisheit (Chuck), two sisters-in-law, Joan and Darlene Keenan, and two nieces.
A memorial service will be held at 4 p.m. on Saturday, March 23, 2019, at Boultinghouse Funeral Home in Rockport.
Visitation will be held from 12 P.M. until service time at the funeral home on Saturday.
Memorial contributions may be made to the Spencer County CASA or to the Unitarian Universalist Congregation of Owensboro.
Expressions of sympathy may be left for the family at www.boultinghousefuneralhome.com

Published by Spencer County Journal-Democrat on Mar. 18, 2019.
To plant trees in memory, please visit the Sympathy Store.
MEMORIAL EVENTS
Mar
23
Visitation
12:00p.m. - 4:00p.m.
Boultinghouse Funeral Home Llc
527 Main St, Rockport, IN
Mar
23
Memorial service
4:00p.m.
Boultinghouse Funeral Home Llc
527 Main St, Rockport, IN
Funeral services provided by:
Boultinghouse Funeral Home Llc
MAKE A DONATION
MEMORIES & CONDOLENCES
3 Entries
I would like to offer my sincere condolences to the family. I am so sorry for your lost. Jeremiah 29:11,12 assures us that God is thinking thoughts of peace toward us to give us a future and a hope. If we come and pray to him He will listen to us. May this bring you confort , in your time of sorrow.
Louise Moore
March 22, 2019
Rest in Peace.
Neil Bergman
March 19, 2019
Please accept my sincere condolences. May the Precious memories forever be cherished & the wonderful times spent together, bring pleasant thoughts. May God's loyal love give you the comfort you need at this sorrowful time and also give you the strength to endure. Psalms 119:76