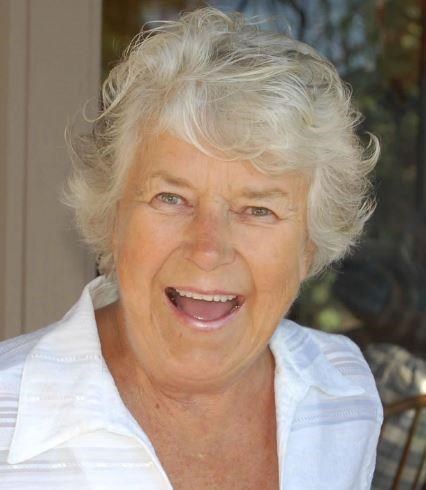 In her own words, "Wow! What a wonderful life: fabulous parents, children, grandchildren, extended family, education, travel and great happiness."

Topper was born on October 22, 1937 in Seattle, Washington. While an infant, her family moved to Lake Oswego, Oregon where they resided until 1944. That year, the Nielsen family settled in Spokane, WA. where Topper said she "led a charmed life" growing up in Browne's Addition, skiing at Mt. Spokane, enjoying summers as the official bugler at Camp Sweyolakan and thereby beginning a life-long love for Lake Coeur d'Alene. She attended Lewis and Clark High School, graduating in 1955 and throughout her life, was a proud L C Tiger!

Topper continued her education at the University of Washington and joined Kappa Kappa Gamma sorority where wonderful lifelong friendships were made. In 1958 while at the UW, she enrolled in studies at Mexico City College with the goal of honing her skills in conversational Spanish while immersing herself in the culture and traveling the countryside. La Playa Ropa in Zihautanejo became a treasured discovery which she revisited many times during her life. Topper's passion for travel became "boundless" and after graduation from UW in 1959, she and a sorority pal spent a riotous adventure-filled experience visiting 18 countries in Europe.

In 1960 while pursuing Master studies in Education at Eastern Washington University, an opportunity to travel again presented itself. Topper accepted the challenge of teaching on a banana plantation in Costa Rica after which her career continued for two-years at Hanahauoli School in Honolulu, HI. There she became "enraptured by the Aloha" of Hawaii's people and the gorgeous beach at Lanikai which she also revisited in later years.

Love for Spokane called Topper home, so she returned and was hired by Central Valley School District where she taught for 38 years, mostly at Blake Elementary. She was a gifted, enthusiastic, creative educator who positively influenced the lives of countless children during her career. The joy found in teaching and in friendships made through teaching lasted until Topper's passing on September 11, 2021.

Serving the Spokane community was important to Topper. She was an active volunteer and past board member of Spokane Civic Theatre participating and acting at the Post Street theatre and the current Civic Theatre. She was a board member for the Retired Senior Volunteer Program (RSVP), a sustaining member of the Junior League of Spokane, belonged to The Cathedral of St. John's Episcopal Church, was a lifetime UW Alumni Association member, involved with the Kappa Kappa Gamma Alumnae Association, and enjoyed working on the procurement committee as a member of Wampum.

Because one of her passions in life was running, Topper became very involved with the Spokane YMCA running club and participated in several Bloomsday races as a volunteer and as a runner. She was thrilled to have logged marathon miles too: Honolulu 1986, New York City 1987, and Portland 1990. These activities shared with family and friends (new and old) provided some of Topper's favorite memories.

Lake Coeur d'Alene was Topper's happy place. Whether at the Rockford Bay O'Connell home on Thirsty Beach with husband James Patrick (Jim) O'Connell or at her parents' cabin just up the road, for Topper summer fun meant tanning while reading or playing board games on the dock, enjoying all kinds of water and boating activities, and entertaining family, neighbors, and friends with a cocktail in hand and great food in store. She and Jim divorced in 1972, but lake fun, friendships, and stories told at family gatherings continue at the Nielsen cabin to this day through Jim and Topper's daughters, Catherine and Kelly.

Topper loved animals and over the decades several beloved pets brought her joy. They were loyal companions through life's happy times and bumps in the road.

Topper was the consummate sports fan when it came to cheering for the UW Huskies or Gonzaga's Zags. She was an exceptional friend who had exceptional friends. As family matriarch, Topper could be quite the instigator. Her wit, stories, competitive spirit (especially regarding board games), laughter and hugs will be sorely missed by her heartbroken family and many friends.

A memorial service will be held at the Cathedral of St. John in Spokane at noon on October 22, 2021. In lieu of flowers, please consider a donation to Spokane Civic Theatre or another organization of your choice.
Published by Spokesman-Review on Sep. 26, 2021.
To plant trees in memory, please visit the Sympathy Store.
MEMORIAL EVENTS
Oct
22
Memorial service
12:00p.m.
Cathedral of St. John
Spokane, WA
MAKE A DONATION
MEMORIES & CONDOLENCES
1 Entry 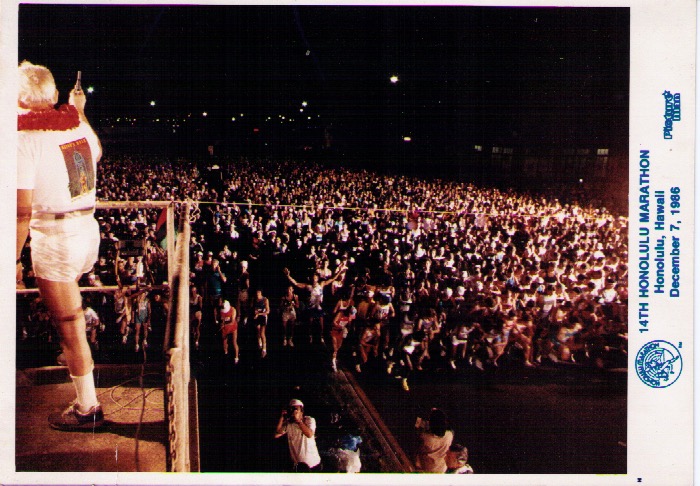 On December 7, 1986 Topper, her two daughters Catherine and Kelly and I ran the 14th Annual Honolulu Marathon. What a wonderful memory. The picture was taken just before the start of the Marathon with some 6,500 runners waiting to test themselves .Topper finished in fine style. She was a wonderful friend and fellow runner and she will be missed. God Bless Topper and her family.
Larry Frazier - Tacoma
Friend
September 29, 2021
Showing 1 - 1 of 1 results